An abandoned home of a war veteran has been captured filled to the brim with historic memorabilia including a revolver, an Imperial Service Medal and a letter on behalf of the Queen in 1961.

One photo showed books lining the walls and a gun perched on an old chair inside the quaint cottage in Wiltshire, while another taken from the stairs pictured several paintings lining the walls, including a replica of the Mona Lisa.

Dozens of appliances, pots and pans and boxes can also be seen left stacked upon one another in the kitchen.

An old revolver pictured inside a Fry’s Shilling Chocolate box at the abandoned home of a war veteran in Wiltshire. The images were captured by 33-year-old urban explorer Elisa Smith 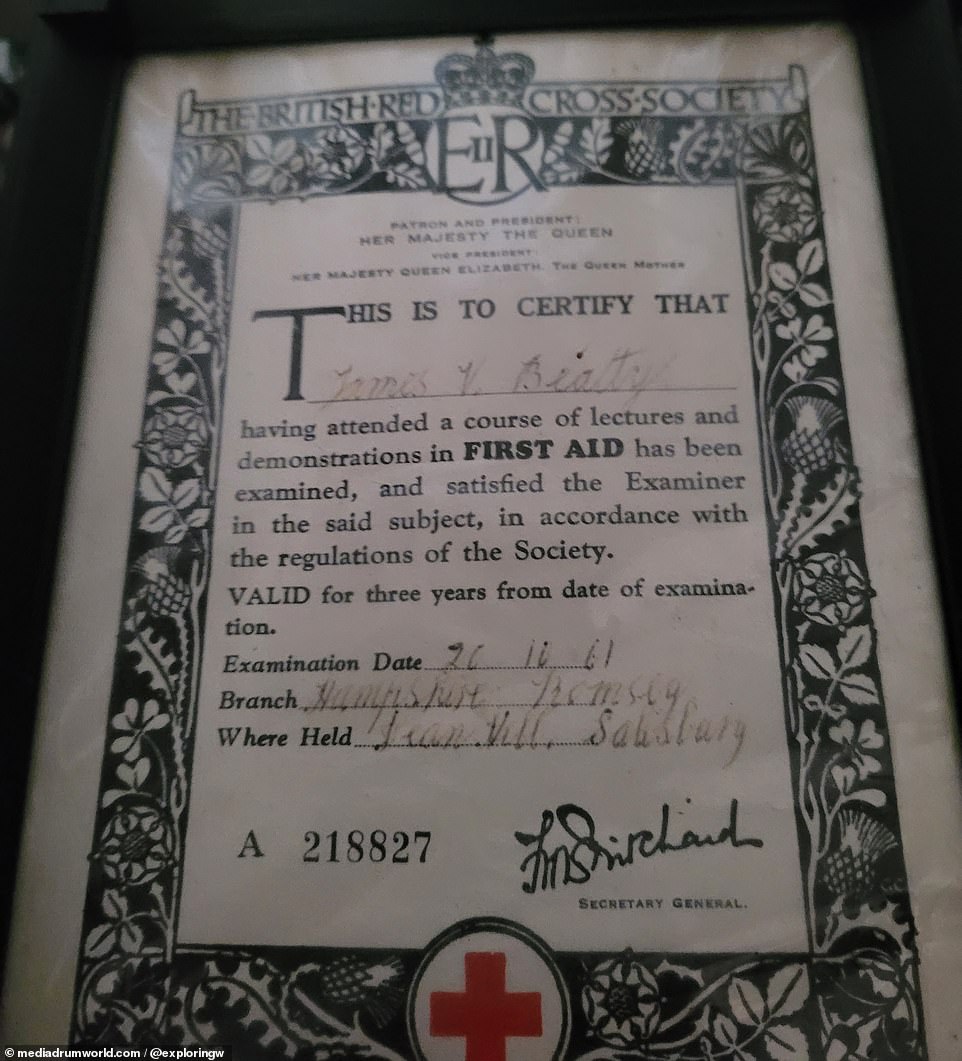 A first aid training certificate from the British Red Cross and on behalf of her Majesty the Queen, dated 1961, pictured above in the abandoned cottage 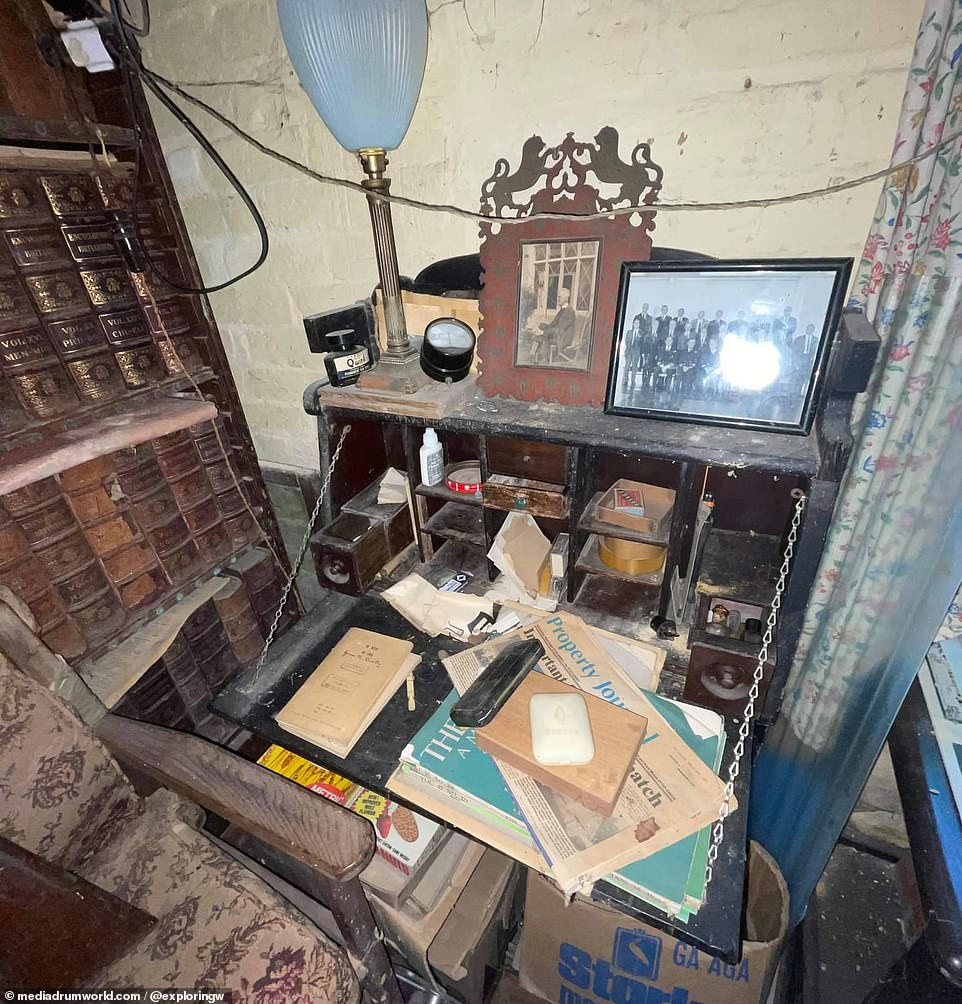 A desk in the living room pictured covered in newspapers, magazines, photographs and books. A bookshelf can also be seen towards the left with framed pictures on top of the desk 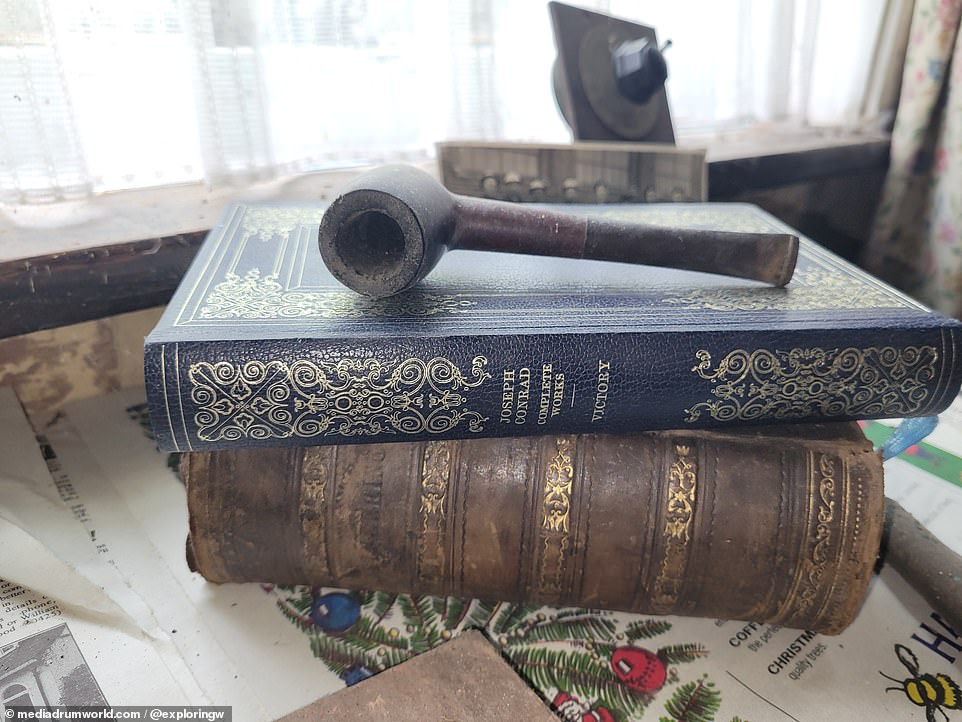 An old smoking pipe rests upon two leather bound books, including the complete works of Polish-British writer Joseph Conrad, inside the thatched cottage in Wiltshire 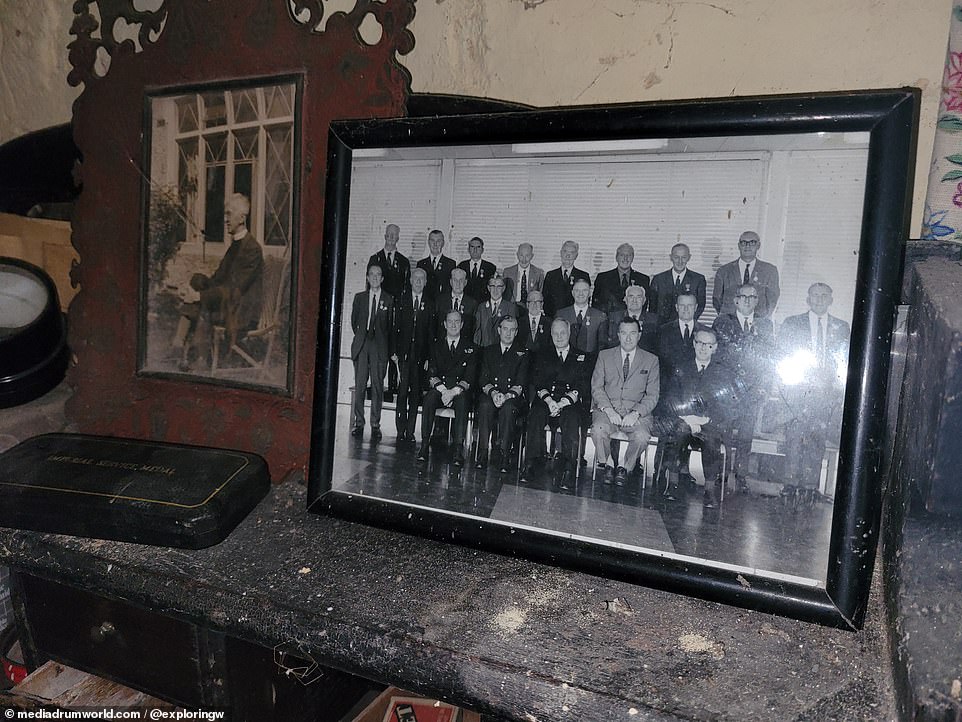 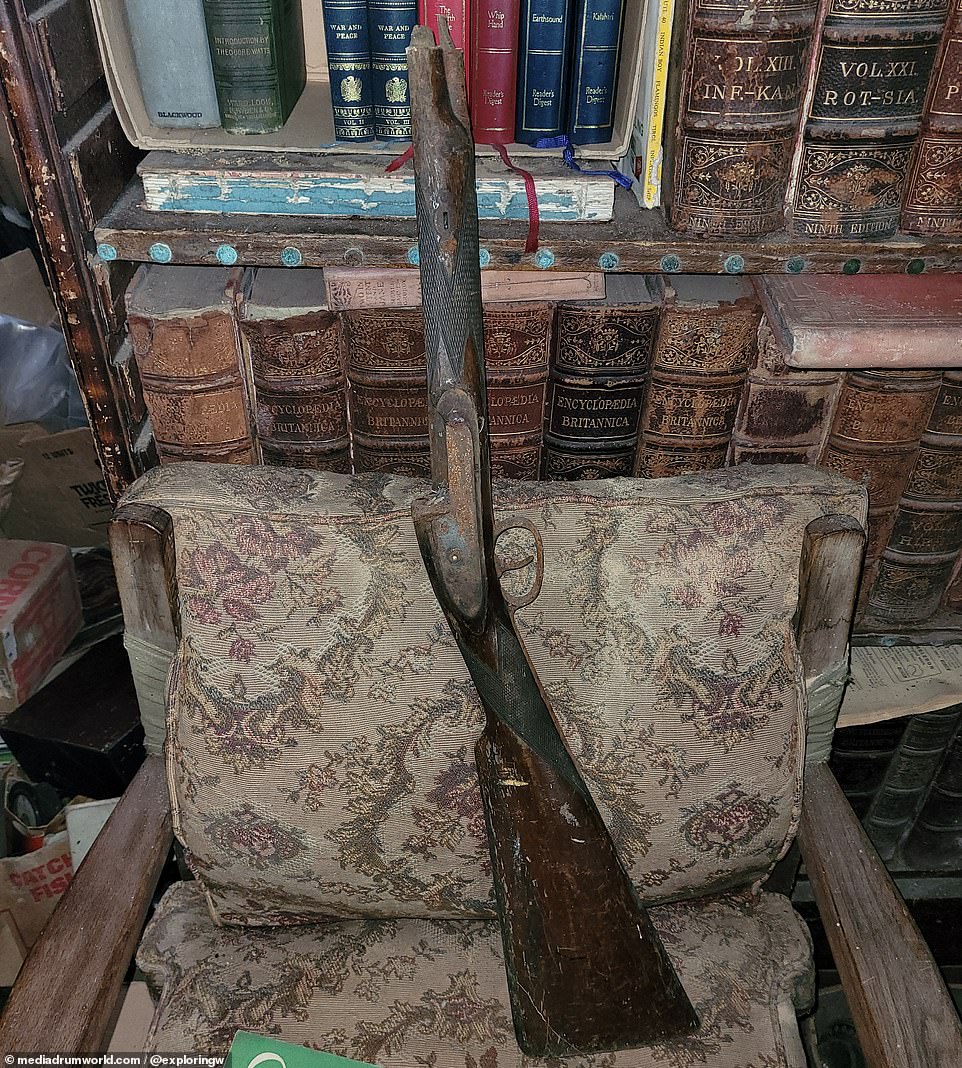 A rifle is propped up on an old armchair inside the cottage in Wiltshire, in front of a bookcase filled with leather-bound novels

During her visit to the thatched cottage, Ms Smith took the pictures using her Samsung S20 and Canon Powershot cameras.

She said: ‘When I entered the house, I was filled with adrenaline as us explorers often are.

‘I could see right away it was a time capsule full of history. Right from the start, I could see he was an intelligent man as there were books everywhere I looked.

‘Microscopes, slides, magnifying glasses, and so many telecommunication devices – including radios and phones – could be seen.

‘To my amazement, I found he had received the Imperial Service Medal in 1970.

‘There was also a first aid training letter from the British Red Cross and her Majesty the Queen dated 1961. 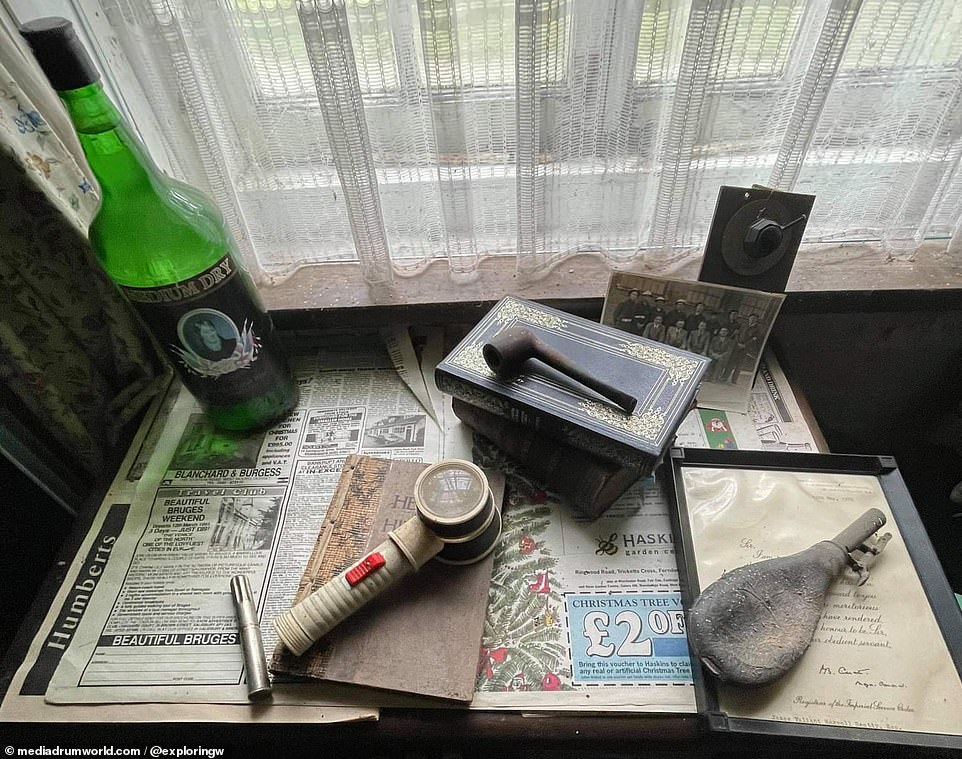 Magnifying glasses, smoking pipes, a framed letter, leather-bound books and newspaper clippings were found on a side table 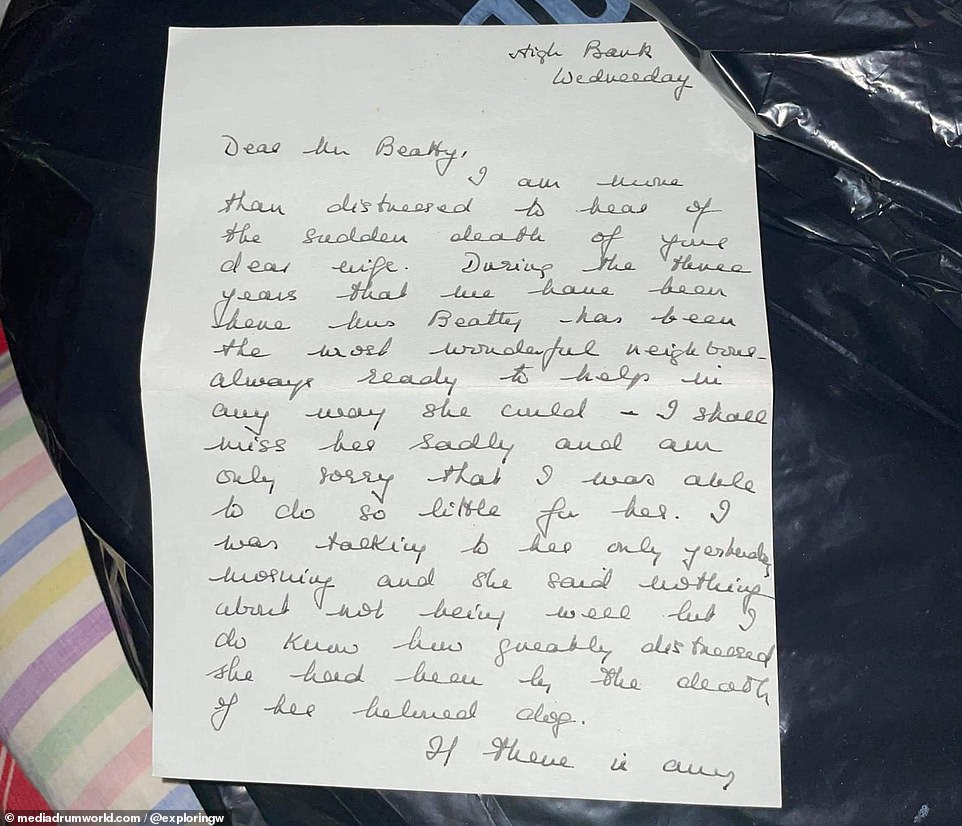 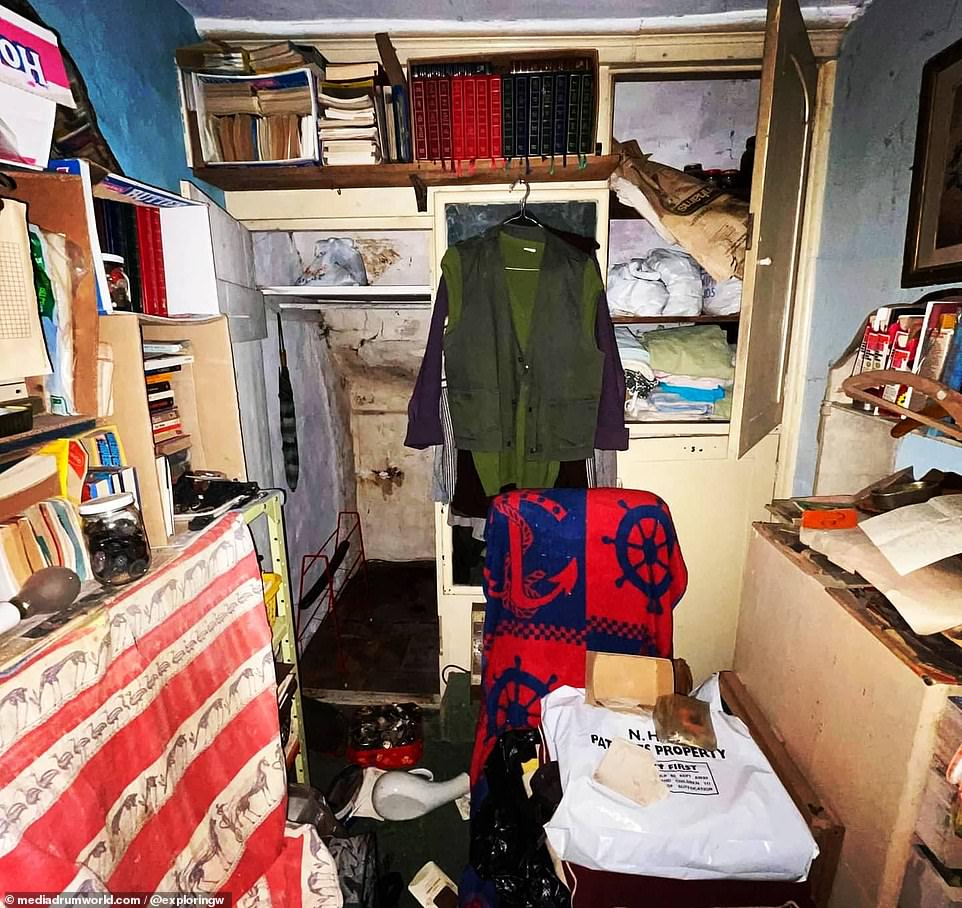 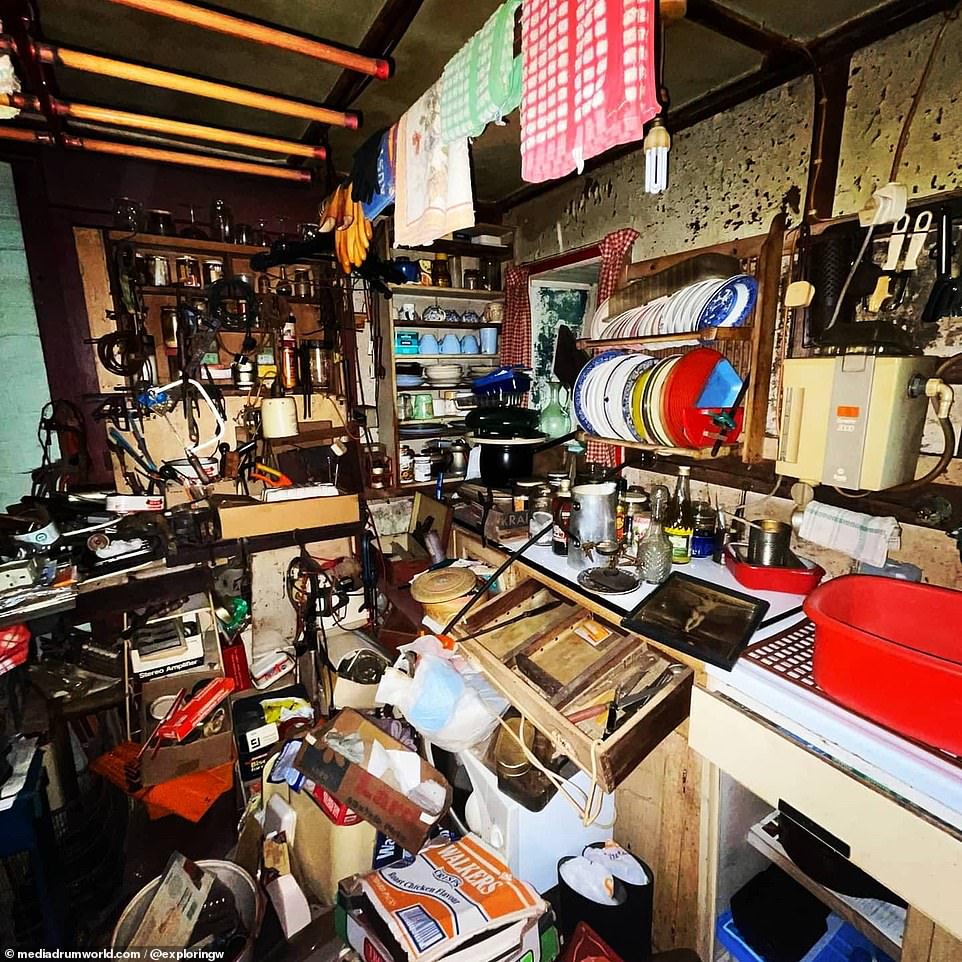 The kitchen is seen filled with boxes, appliances, tea towels and kitchenware inside the thatched cottage once owned by a war veteran

‘I think the saddest part for me though was a letter expressing their condolences for the loss of his wife, but he had kept all of her belongings in the drawer, bedside and bathroom.

The items most commonly hoarded include books, newspapers, photographs and clothing. 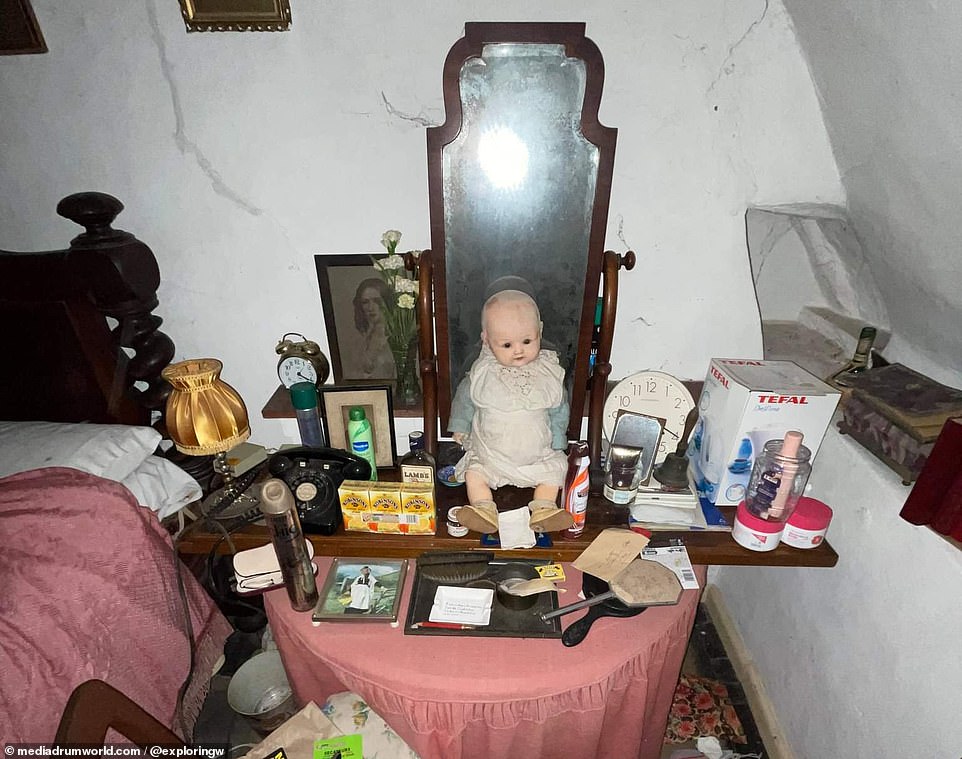 An old doll sits on a side table next to the bed, with pictures, brushes, hair products and a clock also seen on the dresser 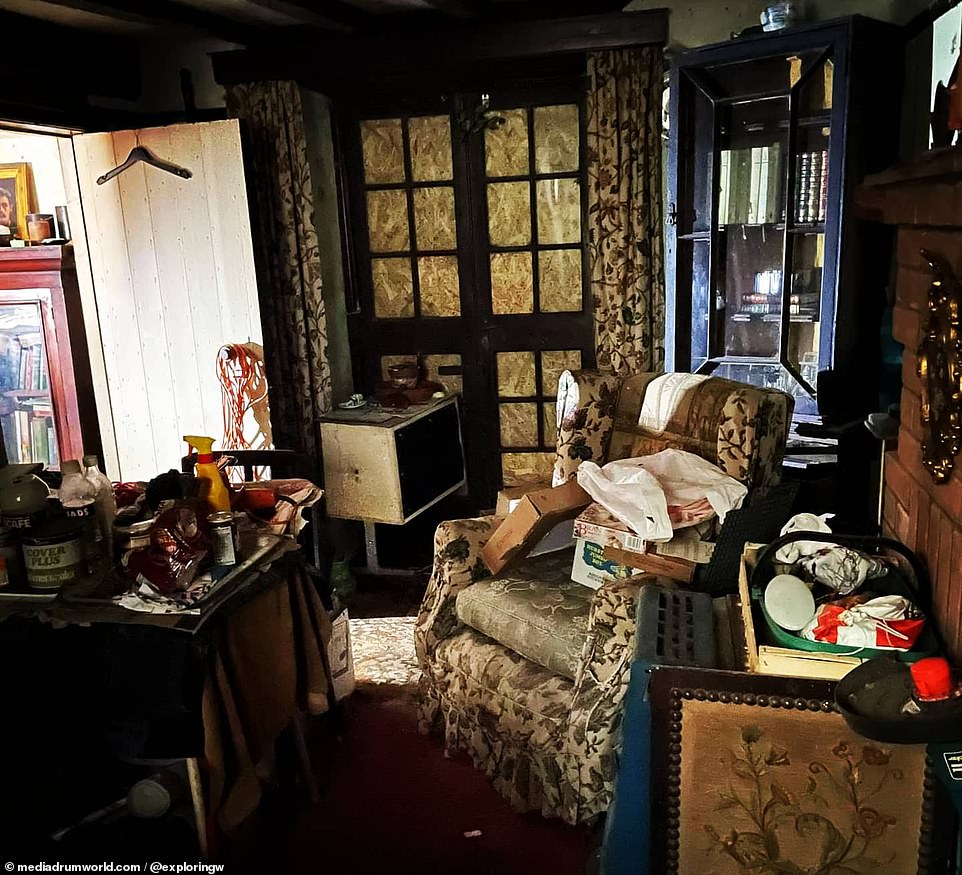 Clutter has filled the living room of the time capsule, with plastic bottles seen on a tabletop and boxes on the armchair 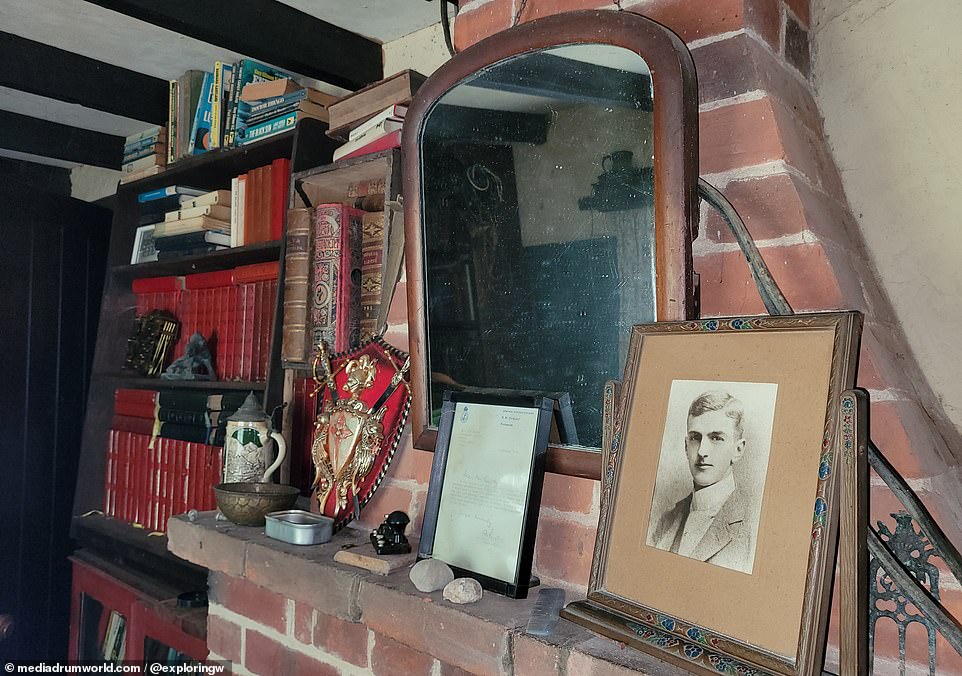 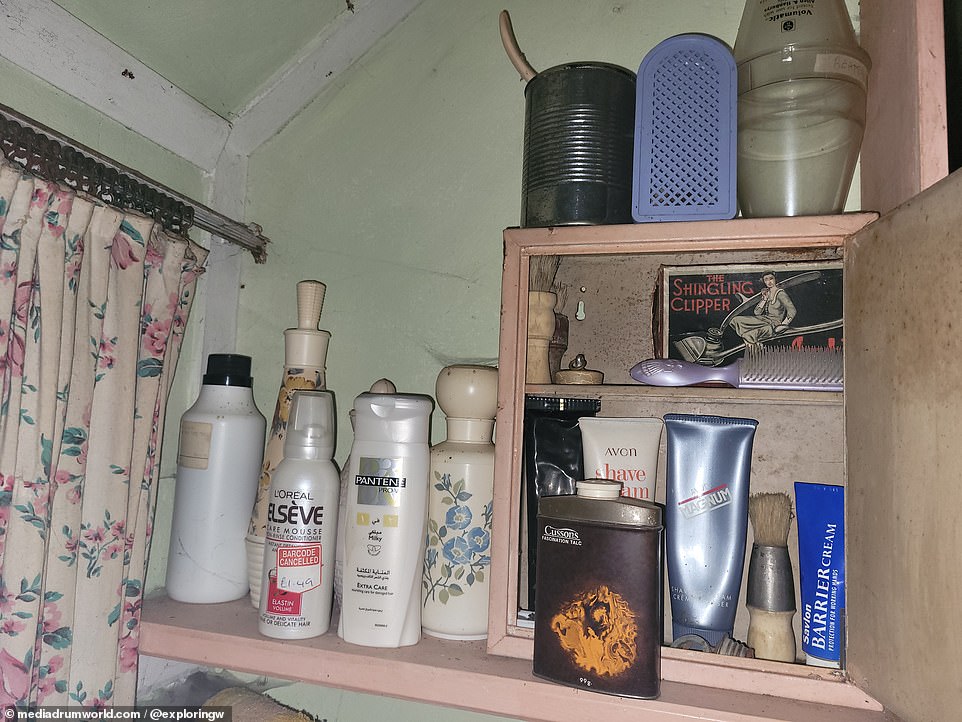 The bathroom cupboard is seen still filled with shampoo, shaving products, a hairbrush and aftershave inside the cottage 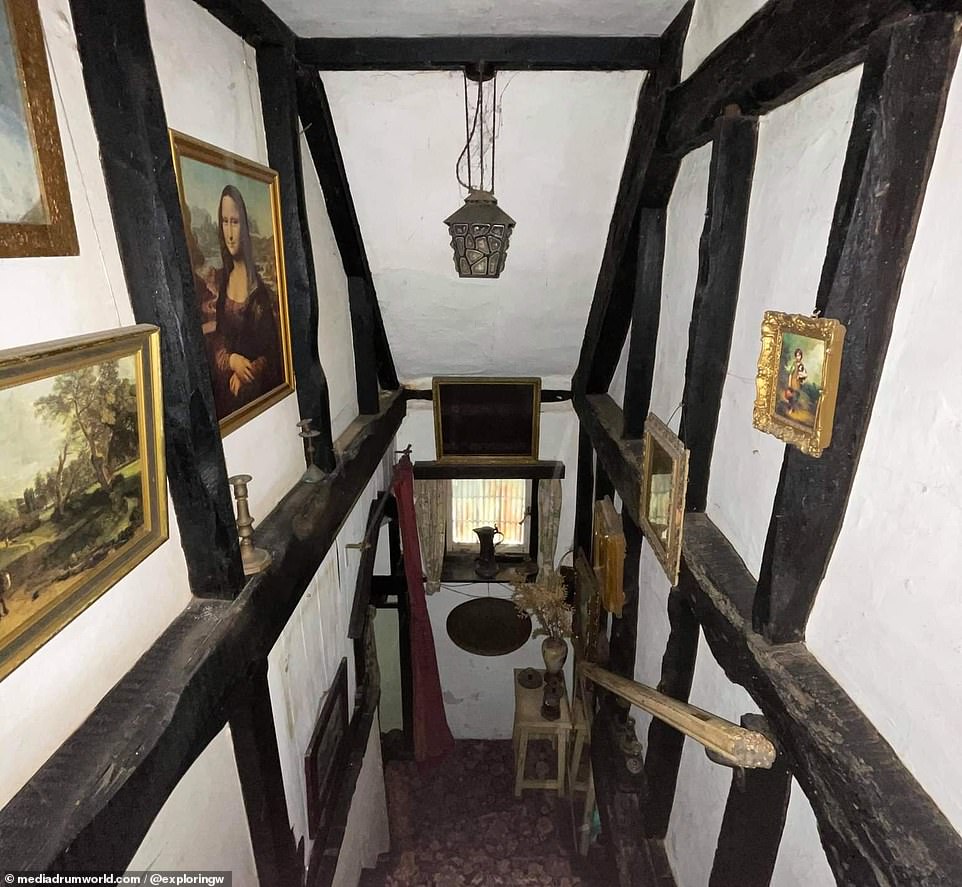 Another photo taken from the stairs pictured several paintings lining the walls, including a replica of the Mona Lisa

The 8 Greatest Turntables for Your Vinyl Assortment (2021)