Anneka Rice has revealed she got “quite depressed” after her Strictly Come Dancing stint.

The 62-year-old presenter took part in the 2019 series of the BBC ballroom show and admitted she felt hadn’t expected to feel so “broken” by it.

Speaking on Tom Price’s podcast My Mate Bought A Toaster, Anneka said: “I’d never really been badly injured in my life, considering all the lunatic stunts and things I’ve done.

“But it brings you very low because I obviously wondered whether I’d ever recover.”

“I got quite depressed afterwards,” she continued. “The bit I didn’t expect was how broken I’d be, for someone who’s very fit.”

The former Challenge Anneka presenter was eliminated from the competition in
week three, and said she spent three months having physio afterwards due to “such bad whiplash” in her neck she sustained following her final dance. 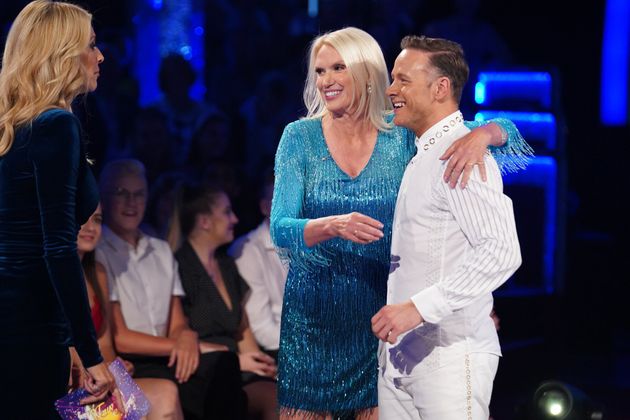 “I was so broken I’d limp back home… into an ice-cold bath,” she said.  “I think on the whole the experience is, in theory, so joyful you forget
things like that.

“It’s like childbirth, you just forget… but I was in physio for three months afterwards because I had such bad whiplash in my neck because of
the last dance I did.”

Anneka was paired up with professional dancer Kevin Clifton, and Anneka’s final dance ultimately proved to be his too, as he left Strictly following the 2019 series.

Strictly Come Dancing is due to return to BBC One later this year. The My Mate Bought A Toaster podcast is available to stream now.

Four Classic Sex And The City Men Confirmed For Reboot And Just Like That...

Ahead of the G-7 summit, Joe Biden and Boris Johnson navigate their ‘special relationship’

Morning Brief: The WE report

Copper, crude and crypto rise, as do global stocks

Stocks end with record highs after a turbulent week

6/6 © Reuters. Demonstrators set tires on fire during a protest against the assassination of Haitian...

The F.T.C. asks for an extension to refile its Facebook antitrust suit.