One of The Big Four turns the Big 4-0 this year and is celebrating with a number of special activities and events to honor the landmark anniversary. Formed by guitarist Scott Ian and bassist Dan Lilker in Queens, NY on July 18, 1981, Anthrax was one of the first thrash metal bands to emerge from the East Coast and quickly became regarded as a leader in the genre alongside Metallica, Slayer, and Megadeth.

Active over the past five decades, Anthrax has released 11 studio albums, been awarded multiple Gold and Platinum certifications, received six Grammy nominations, toured the world since 1984 playing thousands of shows, including headlining Madison Square Garden and playing Yankee Stadium with The Big 4. The band has built a strong reputation with fans as well as the record industry. With the lineup including Ian, bassist Frank Bello, drummer Charlie Benante, singer Joey Belladonna, and guitarist Jon Donais, the band is being feted on their 40th anniversary by a wide range of friends and music contemporaries. 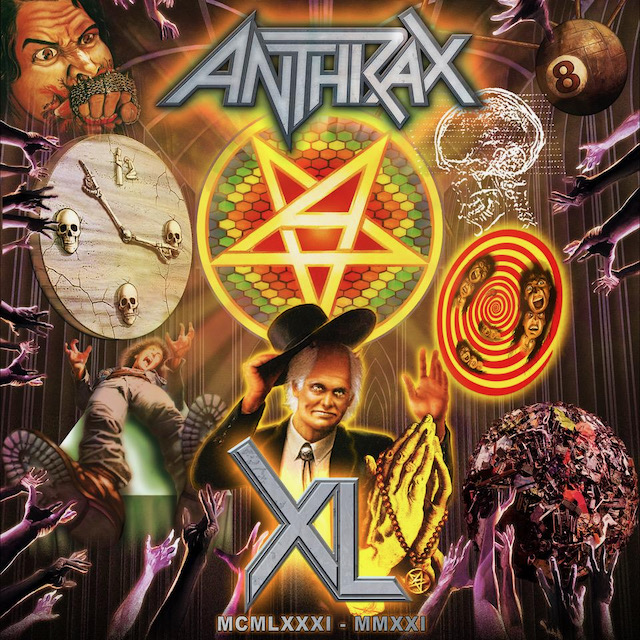 Each week, on Mondays, Wednesdays, and Fridays, and wrapping on the band’s official founding anniversary of July 18, Anthrax’s social media accounts will offer a series of video testimonials sent in by former band members, fellow musicians, colleagues, and industry veterans sharing behind-the-scenes stories of working with the band and what Anthrax’s legacy has meant all these years on. These videos will honor each album in chronological order beginning with the original release, Fistful of Metal. Go here for the full schedule, and watch the first nine below.

The finale will come as a very special Livestream performance from Anthrax on Friday, July 16, featuring a deep cuts set that will pull from the band’s entire career-spanning catalog. All details including ticketing information will be announced shortly.

Fans will also be able to get their hands on a special 40th anniversary-edition bottle of Anthrax bourbon to enjoy during the Livestream and keep as a commemorative keepsake. More details will be coming soon.

Twenty-twenty-one marks Anthrax’s 40th anniversary, during which time the band has released 11 studio albums, been awarded multiple Gold and Platinum certifications, six Grammy nominations, and a host of other accolades from the media, the music industry, and fans. In 1991, the band helped break down race and genre barriers when they collaborated with Public Enemy on the track “Bring The Noise,” and was the first metal band to have its music heard on Mars when NASA played “Got The Time” to wake up the Mars Rover in 2012.

Along with Metallica, Slayer, and Megadeth, Anthrax is a card-carrying member of The Big Four, the four bands that defined the speed/thrash/metal genre. Anthrax has also introduced a series now sold-out signature whiskeys and bourbons and partnered with the Stockholm-based NEZUMI Studios for a high-end, limited-edition Baleine dive watch.

Twenty-twenty-one will see the release of Z2 Comics’ “Among The Living” graphic novel with a track-by-track storyline inspired by Anthrax’s iconic 1987 album, Among The Living. The book pulls together a “who’s who” of names from the worlds of comics and music who created “bubble dialogue” and original artwork to express what the songs meant to them. Taking advantage of COVID-19’s prohibition of concert touring, the band has been hard at work writing the next Anthrax album.

Anthrax’s Charlie Benante joined Strombo on Apple Music Hits earlier this week to talk about his new solo project Silver Linings, how the idea came about, why he chose some of the artists he covered, and his excitement for the next Anthrax album, saying, “the songs that we have so far are so angry.”

On how the idea of a covers album came to be, Charlie reveals: “Basically what happened was last March, when the pandemic hit here, I was glued to the, to the news, and it started really depressed me. And it started started to kind of go downwards and my girlfriend Carla said to me, ‘You need to shut this stuff off… go be creative.” So what I did was, I set up this rolling electronic kit in my art room. And I Dude, I started just playing again, like when I was younger. So I called up my friend Alex Skolnick (Suicidal Tendencies), and I said, ‘Hey, would you guys want to kind of do something here?’ And they said, ‘Absolutely.’ So I sent them everything, and then we put it out. And then I was so overwhelmed by people who are going through the same exact thing I was, there was so much darkness. And they were like, ‘This is a light in just a really bad time.’ So that’s how it happened. And it just snowballed from there.”

On some of the songs he chose to cover for Silver Linings: ”The first song was the Tom Petty song that I did with my girlfriend, Carla, because I was such a huge Tom Petty fan, same with her, but I pushed her out of her comfort zone because she never really sung like that. I just loved Tom Petty so much. And then the next one was the Massive Attack song, which was kind of difficult because there’s, it’s multi layered, and I’ve never made a song like that. So I had to kind of trust my instincts and, you know, teach myself how to play keyboards.”

Charlie expresses his excitement for the next Anthrax record: “I’m looking forward to the next actual Anthrax record and the approach. I mean, already the songs that we have so far, are so angry… and I think that that’s the best thing for me, musically, is to get get that out. You know what I mean? We’ve all been suffering for a while, you know, with this (pandemic), and I think a lot of people are going to have some angry music come out, and I think the lyrics are going to be even angrier.”

Silver Linings is available now via Megaforce Records. The album includes 14 tracks that feature an all-star cast of “who’s who” in the thrash, metal, and rock worlds, with all cuts culled from Benante’s acclaimed ‘Quarantine Jam Video Series’. 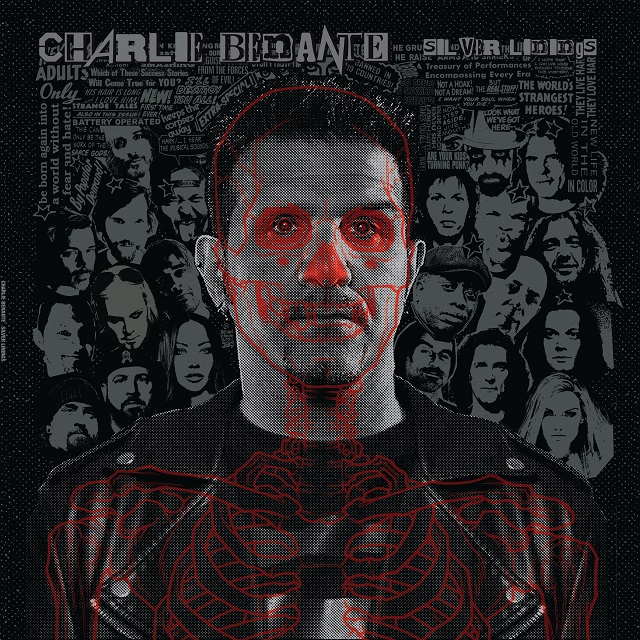 The ‘Most rushing yards for every NFL team’ quiz