As ANDREW NEIL launches his new TV station, he gives a refreshingly unwoke taste of what to expect


Andrew Neil is a man on a crusade – to cancel the ‘cancel culture’ he believes is corrosively damaging almost every aspect of modern life. The veteran broadcaster says: ‘It isn’t enough to be told that you are wrong about something. Those behind this cancel culture want to ruin your life, your career… and utterly destroy you. This is a battle we must fight.’

Indeed, nobody can accuse the 72-year-old former newspaper editor of not taking his mission seriously. After leaving the BBC last year after a quarter of a century, he has come out of semi-retirement to launch a new television station that he hopes will change the landscape of broadcast news in this country.

Neil – who is critical of the BBC and Sky News – says viewers are subjected to bulletins that are ‘too Left-wing’ and lacking in humour.

The much-anticipated GB News goes live tonight at 8pm. Setting the tone, the first show will be an hour long and hosted by Neil. (Pictured, Katie Hind with Andrew Neil) 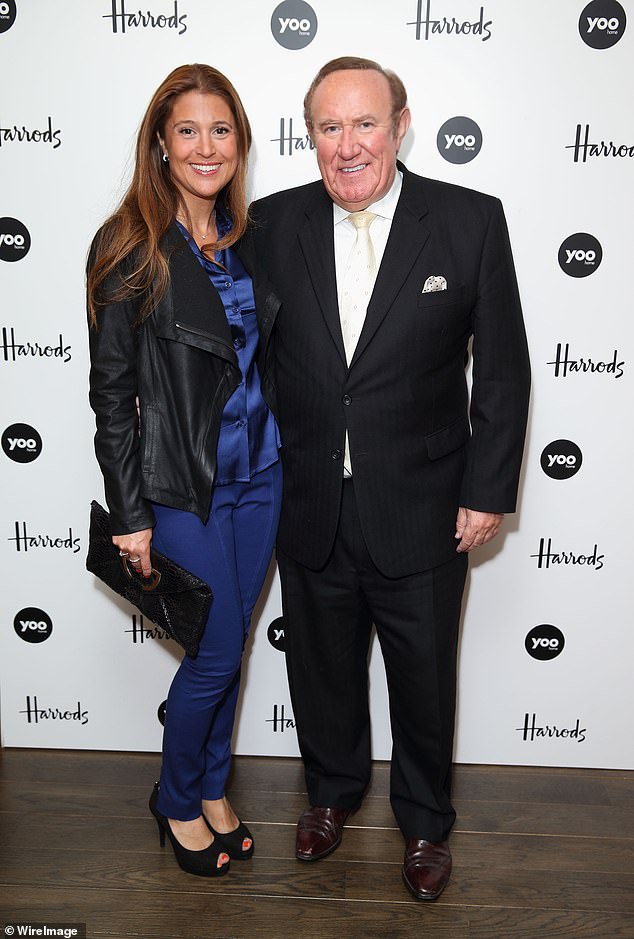 Aside from cancel culture cancelling, Neil jokes that another motivation has been to earn enough money to buy a horse for his wife Susan Nilsson (pictured)

On the eve of his GB News channel starting its broadcasts, Neil gave a candid interview to The Mail on Sunday, in which his characteristically trenchant views covered everything from Prince Harry and ‘disloyal’ former BBC colleagues, to ‘taking the knee’ and the expensive horse-riding hobby of his Swedish wife, who is 25 year his junior.

When we meet, Neil, as ever, is a ball of nervous energy. And yet the screen rottweiler also has a vulnerable side.

He admits: ‘There is a mixture of emotions going on: exhaustion, exhilaration, excitement, and every now and again, depression.’

Indeed, just a few days previously, he cried on ITV’s This Morning during his last regular appearance alongside presenters Phillip Schofield and Holly Willoughby.

‘I was so grateful to them and their team for having me on the show,’ Neil says. ‘I had given up the BBC, and GB News wasn’t happening.

‘But every week they had me on and despite me not really being a This Morning kind of person, they were so kind. I didn’t know if or when I would be on TV again.’

The much-anticipated GB News goes live tonight at 8pm. Setting the tone, the first show will be an hour long and hosted by Neil.

Viewers should instantly see that the new channel will challenge what Neil calls the ‘too Left’ political bias of its rivals – not least with its regular ‘Woke Watch’ feature. While Channel 4 and ITV get away with a mild ribbing from Neil, it’s the BBC and Sky News – which he launched in 1989 – that he really takes issue with.

‘At GB News, we are building shows around presenters with attitude and character, with something to say, a sense of humour – all of the things that you aren’t really allowed to have at the BBC or Sky,’ he says. ‘You would never mistake either broadcaster for a ray of sunshine.

‘I was listening to Sky this morning. It was depressing, which is disappointing for me because I launched Sky. But it’s good for us now – they have left a gap in the market. 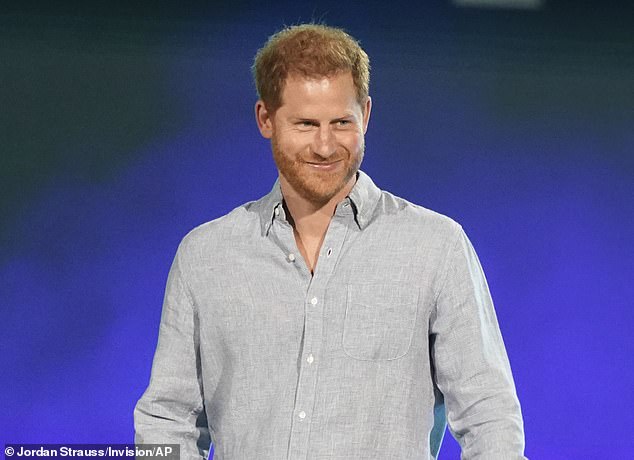 Although he and his wife enjoyed the US law drama Suits in which the Duchess of Sussex made her name, Neil has plenty – and not much of it favourable – to say about her husband, Prince Harry

‘All these broadcasters come from a mindset that is various shades of Left, and that brings with it a set of attitudes and views to what are, and what are not, important stories.’

There seems nothing Neil doesn’t have a razor-edged opinion on.

Although he and his wife enjoyed the US law drama Suits in which the Duchess of Sussex made her name, Neil has plenty – and not much of it favourable – to say about her husband, Prince Harry.

‘I am so glad that Harry is going to take some time off. I’m not sure what he does to take time off from but it is good he is taking time off. If it means he shuts up and gives us a break…,’ he says.

Ever the interviewer, Neil tells me the one question he would put to the Prince if he had the chance: ‘What went wrong?’ 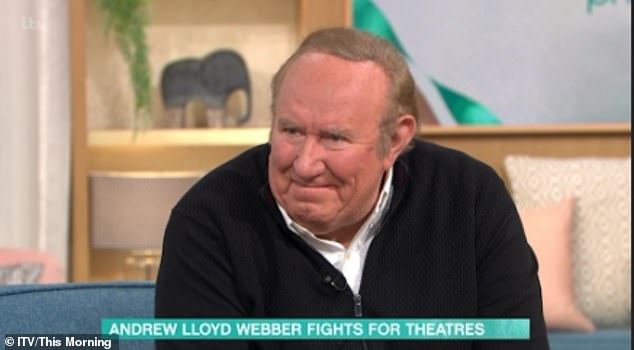 Andrew Neil was teary-eyed this week, choking up about Sunday’s launch of his new channel 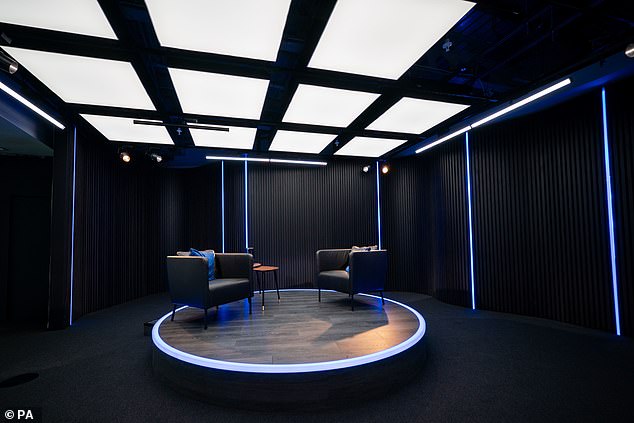 Pictured: studio of new British television news channel GB News which is under construction at The Point in Paddington, north London. The channel is set to launch at 8pm on June 13

He continues: ‘This was a nice young man who was a credit to the Royal Family, who put his life on the line, joined the Armed Forces, went to Afghanistan – and it was dangerous out there.

‘Then he went and did this wonderful thing with the Invictus Games. I don’t know anybody who wasn’t delighted that he was marrying Meghan.’

Next up, Neil’s views on another woke subject – ‘taking the knee’.

‘My view is it is virtue-signalling,’ he says. ‘The problem with it all, while recognising that racism and race relations are nowhere near perfect, is totally different from making a gesture linked to an organisation called Black Lives Matter.

‘It’s a semi-Marxist organisation with an agenda to destroy capitalism.’ Conceding that racism still exists among some football fans, Neil is critical of ‘wealthy’ players, managers and club owners, saying: ‘They should be doing more to address these matters rather than taking the knee.’

Warming to his theme, the Scot raises the name of Dominic Cummings. Neil quotes the furore over the Prime Minister’s former aide as a prime example of how he believes the BBC is ‘out of kilter with public opinion’.

He says the Corporation has treated Cummings as if he was ‘the most important person, hanging on his every word. Whereas a year ago he was a lying, evil Tory b*****d, he is now a brave, whistleblower who speaks truth to power’.

To Neil, though, Cummings is seen by the public ‘as the bloke who thought he would test his eyes by driving his wife and child to Barnard Castle’.

He says: ‘That’s where the media bubble can be out of kilter with public opinion. I hope GB News can come at these stories in a different, more Right-of-centre way.’

Neil’s critique of the BBC doesn’t end there.

He takes issue with the switch of much programme-making to the BBC’s Salford studios in 2011 in a bid not to appear so London-centric.

‘The BBC decamped all of its people against their will to Manchester just to say “we are now representing the North”. How is that going to change anything?’ he says. ‘Meanwhile, licence-fee payers are paying for their cars, their hotel rooms, the rest of it.

‘They need to realise that it isn’t about geography, it’s a mindset.’

The ‘mindset’ of Neil’s GB News is wholly different. I suggest he must seem like a father to some colleagues. He corrects me: ‘Their grandad, more like.’

Throughout the run-up to today’s big launch, GB News bosses have been adamant that they will not be the UK equivalent of ‘Trumpian’ Fox News in the US.

‘Fox News is not my kind of journalism. It’s too Right-wing,’ he says. ‘It’s too conspiracy theory-based. It does, at times, peddle fake information. It does sometimes distort things to an extent that it is almost like lying.

‘I have spent all my career either as a journalist or in the business of media, trying to build a reputation as a serious journalist who is not afraid to attack any side of the political spectrum, who is an equal opportunity attacker.

‘Why would I ruin that in the final big gig of my life by becoming a kind of Fox News?’

Aside from cancel culture cancelling, Neil jokes that another motivation has been to earn enough money to buy a horse for his wife Susan Nilsson.

The couple have spent the pandemic at their home in the South of France, walking their three dogs, golden retrievers Miss Molly and Mr Junior, and their street dog Iris, ‘also known as Scrubber due to her resemblance to a bog brush’.

He says 47-year-old Susan, an engineer, is concerned for his welfare. ‘She worries about some of the stresses I’m under at times; she worries if she sees I’m upset by something,’ he says. ‘But after 15 months in lockdown, she told me, “Just get out and make some money and come back when it’s all finished.” ’

As we near the end of our interview and Neil goes off for more rehearsals ahead of tonight’s debut, he inevitably returns to one of his favourite subjects – the BBC.

This time his target are former BBC big names – perhaps alluding to the likes of John Humphrys – who have been critical of the institution which gave them a platform and a good living for decades.

Neil, on the other hand, believes his criticism of the BBC is only restricted to the Left-wing slant of its news coverage.

‘I must be the only BBC politics presenter who has left in recent years and not rushed to give them a kicking. The moment they get free, they turn,’ he says. ‘I think it’s terrible, appalling. If it was that bad, why did they stay for so long?’

With that swing of the rapier at his ex colleagues, Neil is off to hunt other targets – starting tonight.

These 23 Home Décor Items Are Primed To Pop Off

A Rebellion Is Stirring in Boris Johnson’s Backyard

The 2020 Tokyo Olympic Games are officially underway after a dazzling - if somewhat subdued -...