Boris Johnson’s key rail “levelling up” pledge to deliver a new line across the north of England is under threat from Treasury moves to cut costs in the project, sources have told HuffPost UK.

Johnson committed to delivering a key part of the £39bn Northern Powerhouse Rail (NPR) plan – a brand new line between Leeds and Manchester via Bradford – soon after becoming prime minister in July 2019.

Now, amid reports of wider Treasury demands to rein in Johnson spending pledges, sources told HuffPost UK of a “split” between the PM and No.11 over the plans.

It is believed that no decision on funding will be made until the government’s long-awaited integrated rail plan is published.

But three sources told HuffPost UK the Treasury is attempting to delay the publication of the plan to coincide with chancellor Rishi Sunak’s spending review in autumn, while No.10 wants it made public as soon as possible.

A source close to the discussions said they feared that delaying the decision until the spending review would mean “curtains” for a new NPR line, and possibly the eastern leg of the HS2 high-speed rail link to Leeds.

The source said: “There is a split between No.10 and No.11 on how they want to do this.

“Treasury is saying – let’s work out where we can identify savings on this project.

“And if you kick it into the spending review and look at the whole thing in the round, then that gives them more opportunity to cut parts of it but still claim they are delivering transformational connectivity.

“But apparently Boris is adamant he wants to build as much of it in full as possible, and wants to get the integrated rail plan out sooner rather than later in order to get on with it.”

It came as government documents leaked to The Yorkshire Post suggested that officials are considering increasing the funding for upgrades to the existing Leeds-Manchester Transpennine link instead of funding a new line, at a much lower overall cost of £10bn.

Another source said: “The Treasury approach seems to be ‘how can we do this on a shoestring’.

“It is doing its usual thing, it doesn’t really believe in the levelling up agenda.

They added: “Boris is committed to building the thing.

“Sunak has been captured by the Treasury and wants to be in that sound money Conservative space.

“Boris wants to be in that freewheeling transformative prime minister mode.”

Both sources told HuffPost UK that the Department for Transport has long believed that the main benefits of NPR could be delivered through upgrades rather than a new line.

“It would turn a £40bn project about building two new lines creating a fast rail network from Liverpool to Hull, to a cut price one of long overdue upgrades which just paper over the cracks of what is currently a Victorian railway network,” one said. 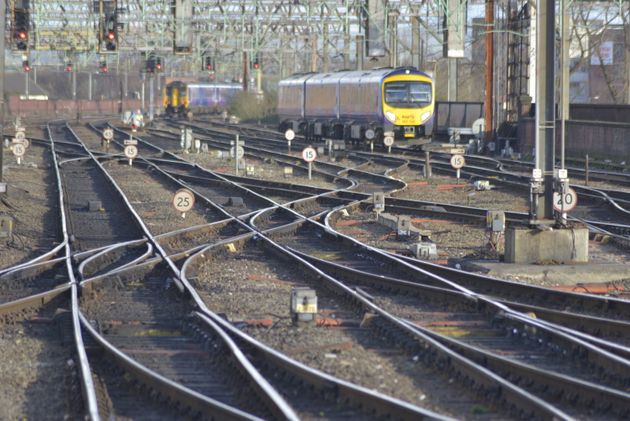 Johnson was warned that abandoning NPR would be a “hammer blow” to the north and communities like Batley and Spen in West Yorkshire, where the Tories are hoping to unseat Labour in a crunch by-election next week.

A new line could benefit voters in the seat by reducing overcrowding on the existing Transpennine link that passes through nearby Dewsbury, while also providing a new, fast railway from Leeds.

“Rumours that this commitment will be broken are deeply concerning for northern leaders who are working towards rebalancing the economy.

“The North was promised HS2 and Northern Powerhouse Rail in full – to be abandoned now, just as we begin a recovery from the pandemic, would be a hammer blow.

“We need reassurance and certainty that there is no substance to these rumours – which means an integrated rail plan published before the summer recess.

“We need a new high-speed rail station built in Bradford city centre and we need to start construction on the eastern leg [of HS2] from Leeds in order to unlock connectivity benefits early.

“That includes getting more frequent and reliable services from the north-east to Sheffield.”

HuffPost UK understands that the government has not yet made any decisions on the rail link, and that the document leaked to The Yorkshire Post outlined one of several options.

Responding to questions on NPR on Monday, Johnson’s official spokesperson said: “There was speculation that we were going to scrap Northern Powerhouse Rail and that’s incorrect.”

But the spokesperson was unable to say whether the government was still committed to a new Leeds-Manchester via Bradford line.

A government spokesperson added: “The integrated rail plan will soon outline exactly how major rail projects, including HS2 phase 2b, the Transpennine route upgrade and other transformational projects such as Northern Powerhouse Rail, will work together to deliver the reliable train services that passengers across the north and Midlands need and deserve.”

Rich Listers are having a pretty fine pandemic

The best rooftop bars and terrace restaurants in west London

Why America Isn’t Getting the Jan. 6 Investigation It Needs

With one word, Stacey Hymer summed up why she was selected in Australia’s taekwondo four-person team:...