Boris Johnson’s failure to close the UK’s borders to India has made it “likely” that no Britons will be allowed to go abroad on holiday this summer, Labour has declared.

In the party’s most withering attack to date on the prime minister over the pandemic, shadow home secretary Nick Thomas-Symonds accused him of “negligence and incompetence” in allowing the Delta variant of the virus to be imported.

Thomas-Symonds said that Johnson’s decision to wait two weeks to put India on the “red list” of countries forced into hotel quarantine had led directly to the spike in Covid cases and the four-week delay of the removal of all restrictions in the UK.

“I, like everybody else, want to see international travel back as soon as possible. But if you’re asking me the question as of today ‘do I think that summer holidays are likely?’ then I think the answer to that has to be ‘no’,” he told HuffPost UK.

Labour is tabling a Commons vote on Tuesday demanding that the “amber list” of countries, where travellers are allowed to travel legally and require just five days home isolation, should be scrapped and put onto the “red list” instead.

The “green list” of countries where no quarantine is required is highly restricted and many of the countries on it are refusing to allow entry from British citizens because of fears of the Indian variant.

Portugal was removed from the “green list” by transport secretary Grant Shapps earlier this month, prompting many in the travel industry to fear that overseas holidays were looking increasingly unlikely.

Asked if overseas holidays were now unlikely, the prime minister’s official spokesperson said: “Our view is not to preempt the data. We have a process whereby the JBC [Joint Biosecurity Centre] consider what is safe. And should countries be able to go on the green list they will do so.”

Johnson delayed putting India on the “red list” by a fortnight because he wanted to keep alive his own trip to see the country’s PM Narendra Modi, during which time a “staggering” 20,000 people possibly infected with the Delta variant arrived in the UK.

“The prime minister apparently says his political hero is the Mayor from Jaws – keeping the beaches open while swimmers were getting attacked. Well British people were attacked in their thousands,” the shadow home secretary said.

“What we needed in our prime minister was a different character from Jaws: a Martin Brody figure: eyes on the shark, doing everything to keep people safe.” 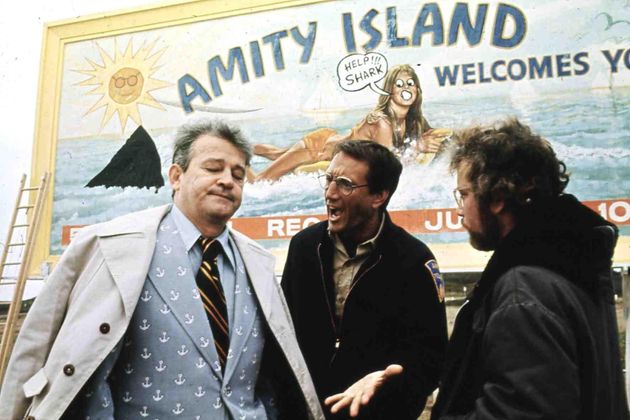 Thomas-Symonds warned that Thailand and Vietnam are currently on the “amber list” – despite having rocketing cases – and risked “potentially yet another new variant which has already entered the country”.

He said Labour would give the aviation and travel sector the targeted state support it needed, pay proper sick pay to help self-isolation and deploy faster surge testing and localised vaccinations in Delta variant hotspots.

Asked if the party would extend full furlough until September, and ditch the government’s plan to ask companies to pay 10% of the costs from July, he replied: “In terms of the issue of the furlough scheme, we’ve always made clear that the support has to go hand in hand with the severity of the freedoms that are being curtailed.

“If we’re asking people to accept a particular burden, that has to be matched with the support. That is now what the government has to offer in all its different aspects to ensure that that support does remain commensurate with the burdens that are actually being placed upon people.”

The Home Office insists that it acted quickly over the Indian variant, putting the country on the “red list” on April 23, weeks before it was officially listed as a “variant of concern” by the World Health Organisation.

EOR Olympics team: What is it?

The Funniest Tweets From Parents This Week

How Humans Think When They Think As Part of a Group

What If Doctors Are Always Watching, but Never There?

Skateboarder Nishiya Momiji, 13, just became one of the youngest gold medal winners ever

EOR Olympics team: What is it?