By Kate Dennett For Mailonline

A German driver accidentally left his pregnant girlfriend at a petrol station after stopping for a toilet break and drove thirty miles before he realised his mistake.

The boyfriend, 28, was driving his pregnant partner, 28, and their 11-month-old child home to North Rhine-Westphalia from Oberbayern on May 23 when he stopped for a bathroom break.

The man, whose name is not known, pulled over at a rest stop in Erlangen, Bavaria, at around 1am, while his girlfriend and baby stayed in the backseat.

But the expectant mother then decided to step out of the car, and her unaware partner accidentally drove off, thinking she was still sitting on the backseat.

The woman was left stranded in the car park without her jacket or phone, but another driver luckily lent her a mobile so she was able to call the police.

Her boyfriend drove 30 miles (50km) before he realised his mistake and finally turned around, but a police patrol car had already picked up his girlfriend and was bringing her to him.

The pregnant woman was reunited with her boyfriend and their young child halfway through the journey, according to a Facebook statement from Middle Franconia traffic police.

The post, translated from German, read: ‘In the early hours of the morning last Sunday, our colleagues from the traffic police #Erlangen managed a special #family reunion on the A3 motorway.

‘Around 01:00 o’clock a young family stopped in a parking lot just before exit #Pommersfelden on the way home from #Oberbayern to North Rhine-Westphalia. 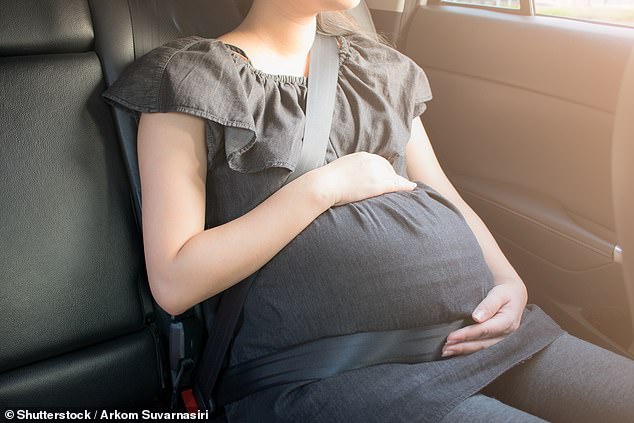 The man, whose name is not known, pulled over at a rest stop in Erlangen, Bavaria, at around 1am before accidentally leaving his girlfriend in the car park and driving away (stock image)

‘The 28-year-old father drove the vehicle, in the backseat were the fifth month pregnant with the same age and the common 11-month-old child.

‘At first the man went to the toilet while the wife and child remained in the vehicle. Shortly thereafter, the 28-year-old decided to step out.

‘After the father came back to the vehicle, he drove on without his partner. This one was on the rest stop without a jacket and phone.

‘Another driver allowed her to notify the police.

‘After the family father lost the life companion approx. 50 km later noticed at the height of Wiesentheid, he turned around again.

‘The patrol drove to him with the life companion on board, so that halfway through the family was reunited.’

Neuroscientists are ignoring the differences between males and females

Shares of Suning.com Surge Over 10% With a $1.36b Bailout By Investing.com

The lead GOP negotiators on the bipartisan infrastructure legislation speak to reporters after meeting privately with...