Britney Spears at the MTV Video Music Awards in 2016

On Wednesday evening, a subsequent hearing saw Britney discussing her father’s role in the conservatorship for the second time.

Britney claimed that in his role as her conservator, Jamie Spears had limited the amount of coffee she was allowed to drink and had confiscated vitamins she was taking for her hair.

She once requested Jamie be removed as her legal conservator, stating she wanted him to be charged with “conservatorship abuse”.

Britney said of her conservators: “Their goal was to make me feel crazy, and I’m not. And that’s not OK.”

“My dad needs to be removed today and I will be happy with [current co-conservator Jodi Montgomery] helping me,” she insisted.

Reading from a pre-written speech, Britney concluded: “I’m here to press charges. I’m angry and I will go there… I want him removed and I want a court-appointed lawyer and I want investigations. And I think that’s it.” 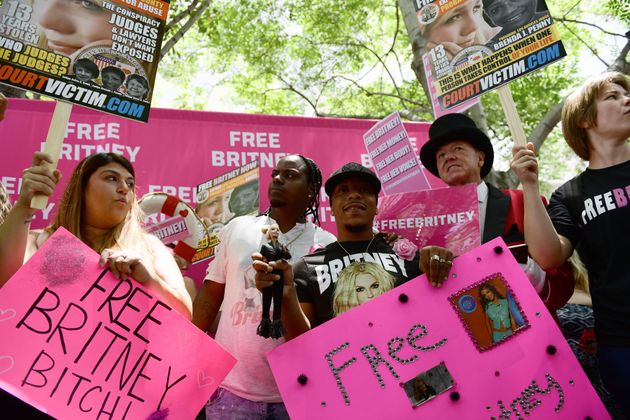 Britney fans gathered outside the courthouse on Wednesday

John Lewis and Waitrose owner to cut 1,000 jobs in stores

Outcry grows, even as new relief heads toward families