A 21-year-old woman cradled her dying mother in her arms moments after she and her partner were fatally shot in the street in a road-rage attack over a parking spot in Southern California.

Juan Guizar-Gutierrez, 39, and his girlfriend Maricela Honorato, 44, were shot dead on Saturday night outside her daughter’s home in Long Beach.

Tania Turcios was in the family’s Long Beach apartment studying on her own when she heard loud pops that broke her concentration, according to the Los Angeles Times.

Initially, she thought neighbors were setting off fireworks.

Moments later, two neighbors started banging on her door and yelling that Tania’s mother and her boyfriend were shot.

Tania sprinted out to the sidewalk and found Guizar-Gutierrez and Honorato, who was shot in the chest, both lying in pools of blood.

Juan Guizar-Gutierrez, 39, and his girlfriend Maricela Honorato, 44, were shot dead on Saturday night outside her daughter’s home in Long Beach 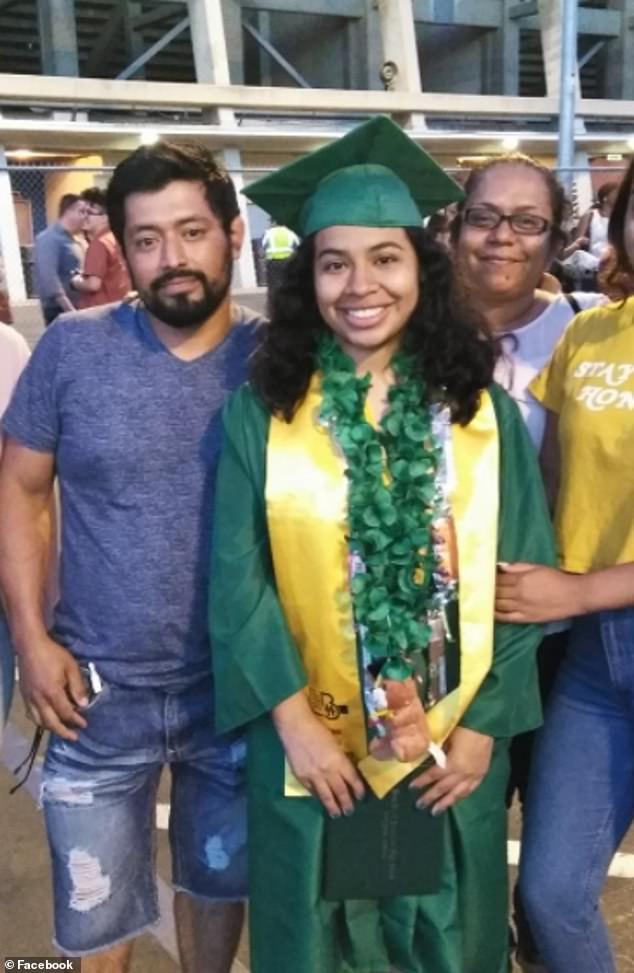 Tania Turcios (center), Maricela’s 21-year-old daughter, held her dying mother (right) in her arms after she ran out to the sidewalk and saw her and her partner, Juan Guizar-Gutierrez (left), 39, lying in separate pools of blood just a few feet away from each other 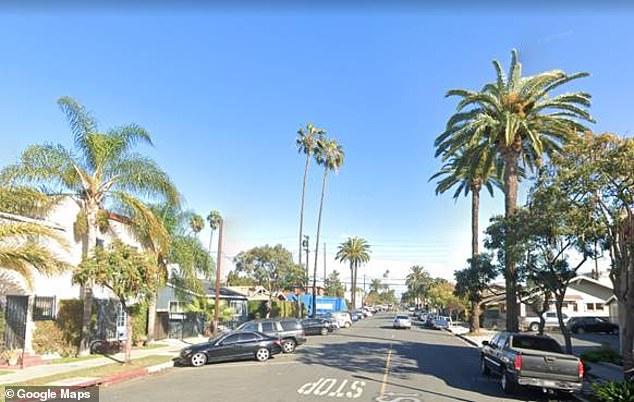 This is the street in Long Beach where the shootings took place on Saturday night at around 8pm. Parking was limited because some of the couple’s neighbors were having a party. The suspect fled the scene and remains at large

She cradled her wounded mother in her arms and begged her to hang on as Guizar-Gutierrez lay a few feet away.

‘I told my mom I loved her,’ Tania told the Times on Monday morning.

‘She had this gaze in her eyes, and she was desperate.

‘She wanted to speak but couldn’t, and that was the last time I saw her before the ambulance took her away.’

She added: ‘It was traumatizing.

‘I saw Juan in a pool of blood; he looked dead, and then I ran to my mom and held her.’

According to the woman’s daughter, they were returning home from a fishing trip on Saturday when they were attacked.

She added that her mother was a single mother for years before meeting Juan.

Police are yet to reveal a motive for the shooting but witnesses say it was over a parking spot on the street.

The couple lived there and were returning home from a fishing trip on Saturday at 8pm when they encountered another driver.

There was a party going on at a neighbor’s house and parking was limited. According to Maricela’s sister Maria, she and Juan were trying to find somewhere to park when an argument ensued. 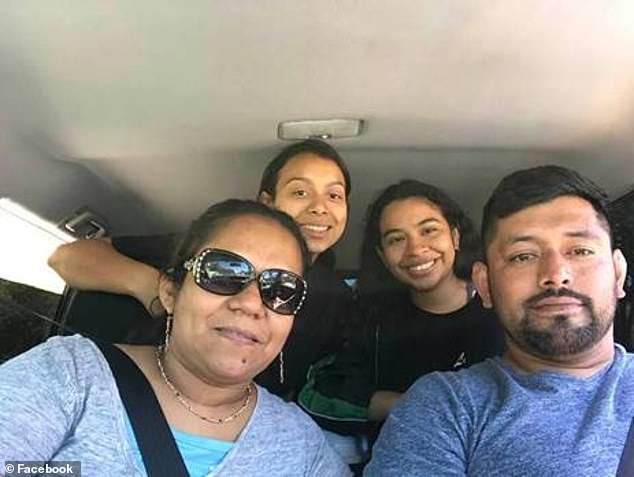 Maricela had three daughters. They haves since told how she was a single mother for years before meeting her partner Juan

‘They parked in the middle of the street because there was no parking and there was another driver on the other side, in the back of them honking and … telling them to move or whatever.

‘And then it just escalated so quick,’ Maria Honorato told KTLA.

She later told CBS News: ‘They shot my brother-in-law first and my sister came out screaming, saying, “Oh my God, they shot him, they shot him,” and the person shot her too.

‘How can somebody just take lives like that, two lives, innocent lives, over a parking spot.’

Police are investigating the double shooting and are asking for the public’s help.

The family is now raising money for funeral expenses on a GoFundMe account.

Supper by The Sea, Halcyon House

The Pandemic Has Set Back the Fight Against H.I.V., TB and Malaria

September 2021 Beauty Launches You Need To Know About

A 21-year-old woman cradled her dying mother in her arms moments after she and her partner...