As the daughter-in-law of a British lord, she is accustomed to a life of luxury, rubbing shoulders with billionaire ex-pats and hosting lavish parties at her luxury resort on a wealthy Caribbean island.

But socialite Jasmin Hartin – dubbed the ‘Queen of the Alaia’, the swank hotel she operates with her husband, Andrew Ashcroft, the son of Lord Michael Ashcroft – will soon be swapping her idyllic surroundings for a squalid cell in one of Central America’s toughest jails.

The Belize Central Prison in Hattieville is the nation’s only prison and has been slammed for its inhumane conditions and overcrowding.

Nicknamed the ‘Hattieville Ramada’, it currently houses 1,041 prisoners, many of whom are forced to wait months or even years for trial, in austere, concrete cellblocks, undergoing strict religious instruction.

As of today they had one sole Caucasian inmate, DailyMail.com can reveal. 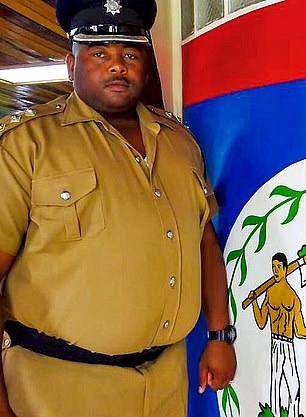 Canadian socialite and resort owner Jasmine Hartin (left) was drinking with Belize Police Superintendent Henry Jemmott (right) before he died early Friday. She has insisted she accidentally shot the officer while handing him his service weapon 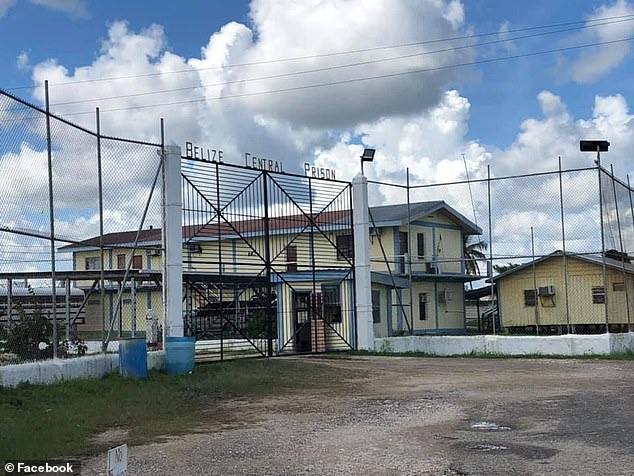 DailyMail.com has learned Hartin, who is charged with manslaughter by negligence, could soon be moved to Belize Central Prison, in Hattieville, the only correctional jail in the country

‘Thus far she stands accused and will be dealt with just like any other untried prisoner. And I will leave it at that,’ said Virgillio Murillo, CEO of the Kolbe Foundation, a nonprofit that runs the notorious facility.

Mother-of-two Hartin, 32, insists she fired by accident as she was handing Superintendent Henry Jemmott back his service weapon last Friday morning.

The two friends had been drinking on a wooden jetty close to her hotel when a single bullet struck Jemmott in the back of the head, causing the 6ft officer to topple off a pier in the luxury coastal enclave of Ambergris Caye.

Hartin has been charged with manslaughter by negligence rather than murder or full-fledged manslaughter which means she could be let off with a short prison sentence or more likely a fine.

Her influential attorney Godfrey Smith implored a magistrate in San Pedro, the island’s only town, to release her during a closed-doors arraignment Sunday but the official sided with cops who said she was a major flight risk.

Hartin will be transferred to the Belizean mainland by plane or boat in the next day or so, where she will settle into life in prison while Smith, the former attorney general of Belize, appeals to the Supreme Court to overturn the decision.

Hartin has spent the past four days holed up in a tiny concrete cell at the stiflingly hot police and magistrates court complex in San Pedro, the tropical resort’s only town. 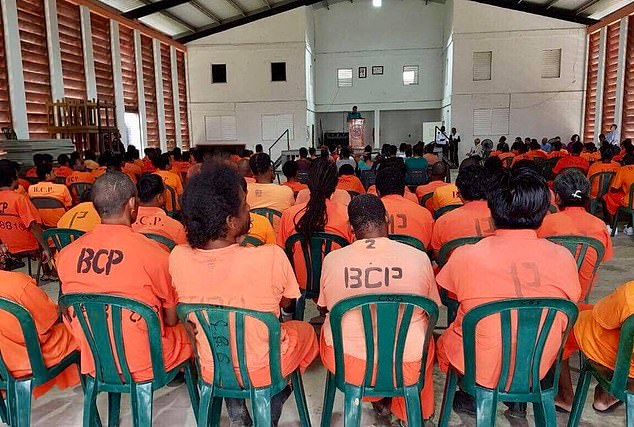 The jail houses both men and women, as well as youths, and has been featured on Netflix documentary series, Inside the World’s Toughest Prisons. Pictured: Inmates at the BCP 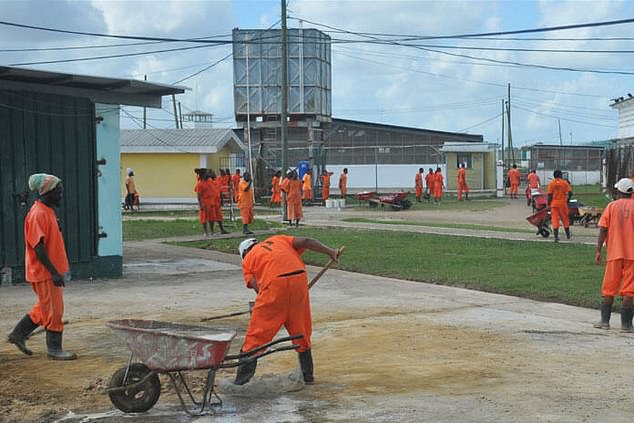 Nicknamed the ‘Hattieville Ramada’, it currently houses 1,041 prisoners, many of whom are forced to wait months or even years for trial, in austere, concrete cellblocks 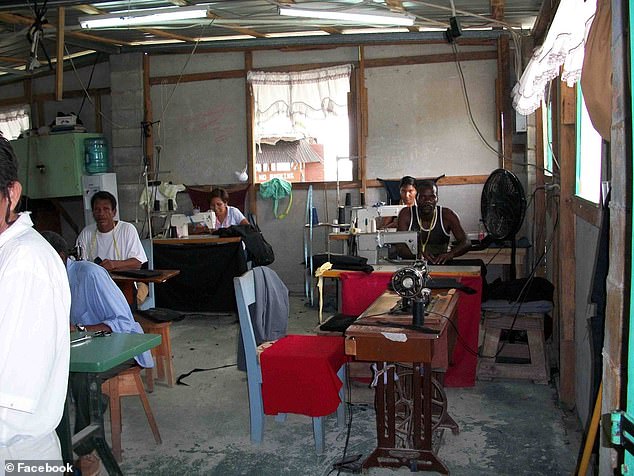 Inmates at the facility, which is run by the the Kolbe Foundation, are made to do farm work or other laborious tasks as they undergo strict religious instruction

She was seen pictured behind bars by local media in Belize on Monday evening.

Hartin, who is married to the son of British billionaire Lord Michael Ashcroft, was taken into custody last Friday after Jemmott was fatally shot behind the ear with his own revolver.

It comes as DailyMail.com revealed that Hartin, who was pictured in jail on Monday evening, could escape with just a fine.

Local news reports indicate that Hartin had initially told police Jemmott had been shot by someone passing them in a boat.

She clammed up when she was in police custody and summoned a lawyer, sources say.

Hartin started cooperating with police after being told she was facing cocaine charges, according to 7 News Belize.

Jemmott, who had arrived in San Pedro last week and was staying at a downtown hotel, had been fishing and visiting bars with a friend.

In her statement to police, Hartin claims she invited the veteran officer to her apartment where the pair drank and discussed her personal security.

She told cops they later walked a short distance to the wooden pier by the Mata Rocks hotel, which was closed because of the pandemic.

Hartin told police that Jemmott said he was suffering from shoulder pain so she offered him a massage while he placed his service weapon on the dock.

It was when she picked it up to pass it back to him that that loaded gun fired accidentally, according to the statement. 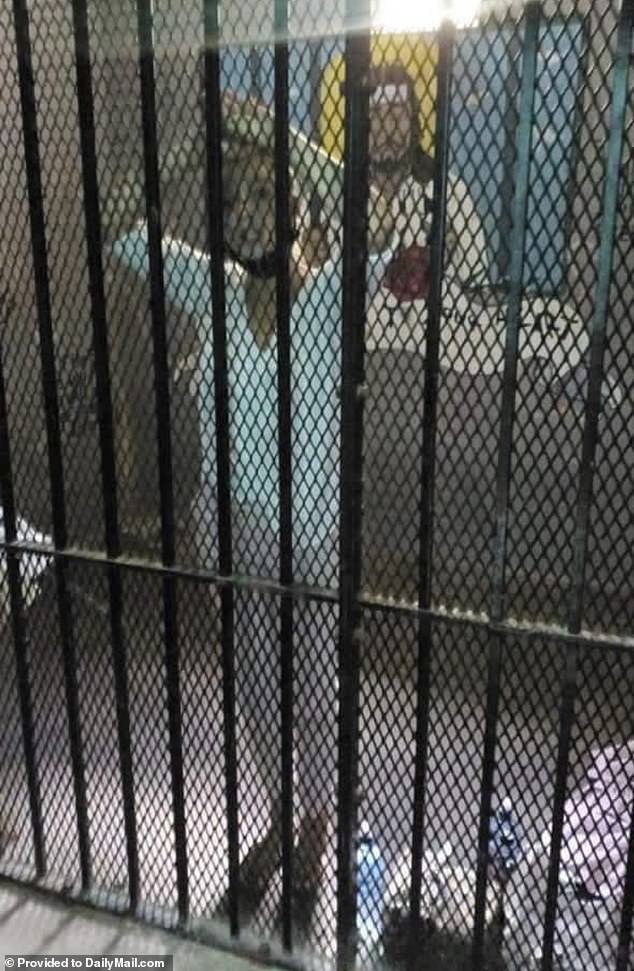 The blonde socialite has spent the past four days holed up in a tiny concrete cell at the stiflingly hot police and magistrates court complex in San Pedro, the tropical resort’s only town. She was pictured behind bars by local media on Monday evening 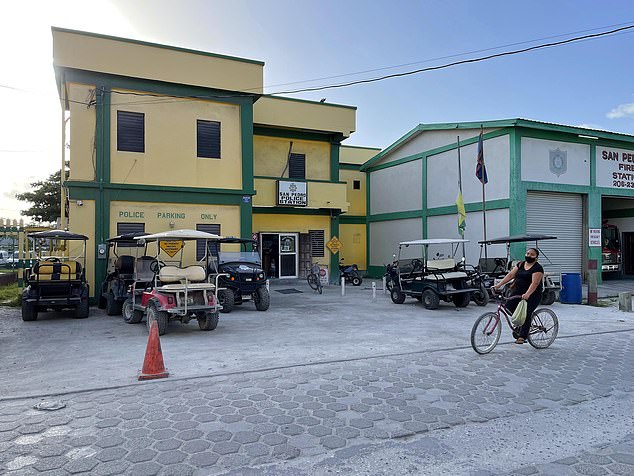 Hartin was found at the scene by a security guard ‘hysterical’ and covered in blood, but clammed up and summoned a lawyer once she was in police custody, sources said.

The blonde socialite has spent the past four days holed up in a tiny concrete cell at the stiflingly hot police and magistrates court complex in San Pedro, the tropical resort’s only town.

Hartin was arraigned behind a cloak of secrecy on Monday in San Pedro, despite authorities insisting the glamorous mother-of-two would not receive any preferential treatment.

Police abruptly ejected reporters and members of the public from the building before she was taken from the tiny, concrete holding cell to the court, one floor above, at around 3:30pm local time.

Officers cited COVID social distancing rules that ban assemblies of more than ten people, though more than double that amount were stood in a waiting room earlier in the day.

Hartin will spend another night in a squalid Belize jail cell after her attorney, Godfrey Smith, emerged from the courthouse late Monday saying his client had been denied bail.

‘The charge is manslaughter by negligence. Bail has been denied. We appeal to the Supreme Court as is normal,’ he said. 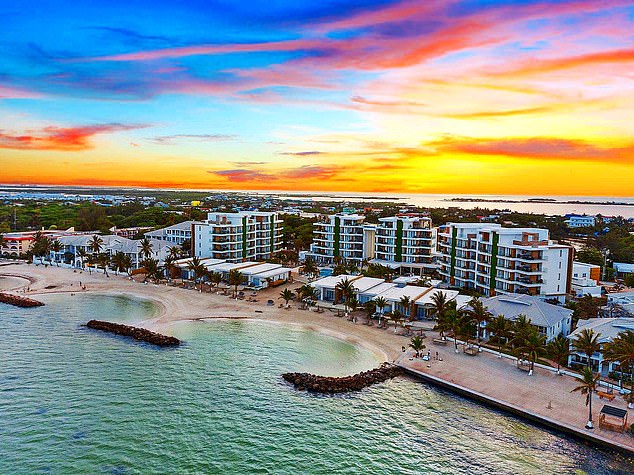 Late on Thursday evening, Hartin left her luxury hotel, Alaia (pictured) and walked a short distance down a beach to a small wooden jetty to meet Jemmott 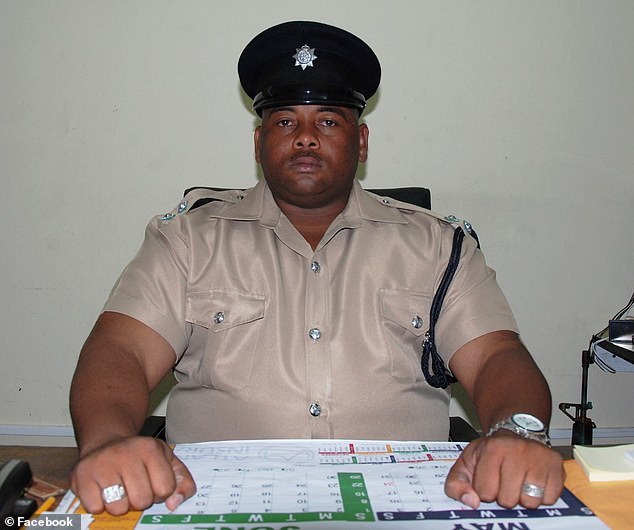 Belize Police Superintendent Henry Jemmott, who had arrived in San Pedro last week and was staying at a downtown hotel, had been fishing and visiting bars with a friend before he was killed

Police Commissioner Chester Williams said on Sunday morning that Hartin had given a statement under caution and a file was passed on to the Director of Public Prosecutions, Cheryl-Lynn Vidal.

The punishment for manslaughter can be ‘life’ in prison – up to 25 years – in the Belizean criminal system. However, Hartin is facing a maximum of five years, sources told DailyMail.com.

Sources with knowledge of the island’s secretive justice system said the punishment could alternatively be just a fine of around $20,000 Belizean dollars, or $10,000 in US money.

All Over-18s Can Book A Covid Vaccination From Friday

Shailene Woodley says she and Aaron Rodgers ‘jumped in headfirst’

Why Is Asthma Worse at Night?