Maureen Lipman has revealed she had quite an averse reaction after watching Naked Attraction while filming Celebrity Gogglebox.

The Coronation Street actor has revealed she had to leave the room after being confronted with the sight of a set of “dangling willies”, and returned with a supermarket bag for life over her head, in scenes that didn’t make it to air.

In an interview with Radio Times, Maureen revealed she left the room because “life is too short to watch a series of hopeless men dangle their bits and pieces in my direction”.

“They’re not really interested in our opinions on what they’re giving us,” said Maureen, who appears on Celebrity Gogglebox with friend Gyles Brandreth.

“I’d seen Gogglebox and I thought: ’Oh, [ours] is the grown-up version, is it? I’m going to go on, and make a lot of comments now about the oeuvre and ‘I did like his first trilogy’…. But it’s your reaction to 12 dangling willies they want.”

She continued: “They’re searching for ways to make me go: ‘Urgh!’ So I thought: ‘Well, actually, no, life is too short to watch a series of hopeless men dangle their bits and pieces in my direction. So I’m going.’” 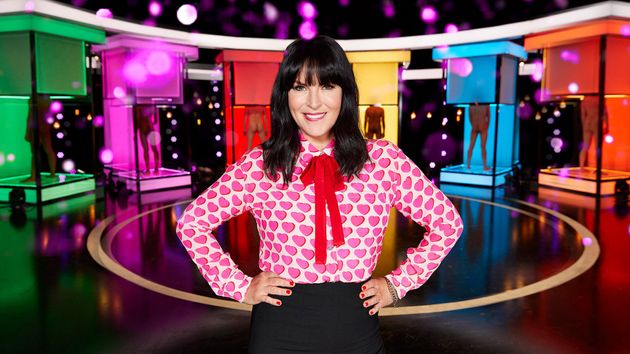 Anna Richardson on the set of Naked Attraction

During the interview, Gyles revealed that a lot of Maureen’s funniest moments end up on the cutting room floor.

She said: “It’s impossible to act your way through it. You might at the beginning have thought: ‘Well, we can turn this on. There’ll be a few quips, and it’ll be done.’ We quickly realised: you’ve just got to sit and endure. You do end up really being yourself.

“Also, you realise the bits they want to use. Some of the things that Maureen has said are Oscar-winning funny. But what do they use? Us yawning!”

Celebrity Gogglebox airs Fridays at 9pm on Channel 4. The new issue of Radio Times in on sale now.

How Many Deaths Is Boris Johnson Willing To Tolerate To Keep His July 19 Promise?

Surprise Stripping And Watermelon Crushing: Has This Morning Just Aired Its Strangest Show Ever?

Canada’s prime minister has checked in at the final stop from his trip overseas. Justin...