Chinese dictator Xi Jinping last week gave a frightening speech on the anniversary of his communist party. Frightening, because paragraph after paragraph was just like the big anniversary speech given by Adolf Hitler, two years before World War II.

The world must not ignore this: Last week’s big anniversary speech by China’s dictator sounded very much like Hitler’s.

So don’t be surprised when the shooting starts.

Xi gave his speech in Beijing on the 100th anniversary of the Chinese Communist Party, at a ceremony featuring soldiers goosestepping, Nazi style.

It was frightening enough that Xi threatened “foreign forces” he’d “crack their heads and spill blood”.

Worse, was that in paragraph after key paragraph he pushed the same buttons Hitler pushed in his speech in 1937 on the fourth anniversary of his Nazi dictatorship.

All the same evils are there. The appeals to race. The paranoia. The inflammatory poking of a mortified national pride. The fake appeals for peace, and gory threats of blood. That sound of a whiner, grown big and now scary-daring himself to fight.

Reading them side-by-side, how can anyone think we’re safe?

(Read the full column – with Xi’s comments matched with Hitler’s.)

With a proven track record of driving the news cycle, Andrew Bolt steers discussion, encourages debate and offers his perspective on national affairs. A leading journalist and commentator, Andrew’s columns are published in the Herald Sun, Daily Telegraph and Advertiser. He writes Australia’s most-read political blog and hosts The Bolt Report on SkyNews each weeknight.

Melbourne University made itself look stupid by hiring fake Aborigine Bruce Pascoe as professor of a fake discipline – “Indigenous Agriculture”. Now it looks dishonest by not sacking him after even its own publishing arm denounced Pascoe’s ludicrous untruths.


ZACHARY ROLFE: WAS COP CHARGED WITH BEING WHITE?

Constable Zachary Rolfe shot dead a man who’d stabbed him and his partner. Then the politics started, with promises to Aboriginal protesters that “black lives matter”. Rolfe was almost immediately charged with murder, and now hit with two more charges that have enraged fellow police.

Tell us the news here. On The Bolt Report on Sky News at 7pm: ABC scandal, and how long before Australia decides to look at the virus strategy that’s been staring it in the face? Plus: the fishy case of the white constable charged with murder. I asked Indigenous Affairs Minister Ken Wyatt to apologise for his role in the Bruce Pascoe hoax. Instead, he plays the race card to defend this “Aboriginal historian” and his deceitful book. How can anyone trust another word he says?

Virus panic has let our politicians and health bureaucrats act the bully, without reason or compassion. The latest examples – including keeping a dying man apart from his vaccinated son – show health fascists have got us by the throat. 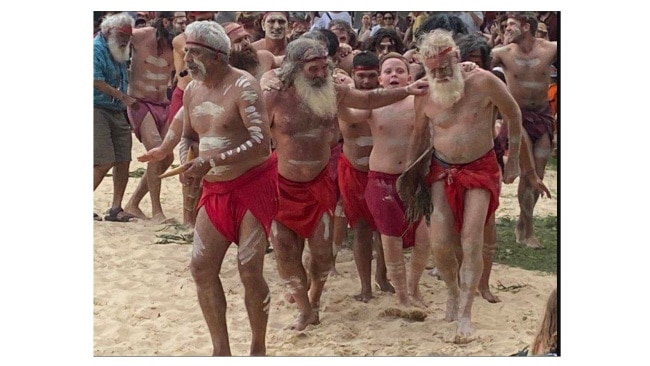 Bruce Pascoe is the biggest literary hoax in Australia’s history. This “Aboriginal historian” and his bizarre claim that Aborigines were actually farmers were treated as true by politicians, journalists, the ABC and arts bureaucracies. Conservatives warned for nearly two years he was a fake, and now  two Left-wing newspapers finally admit it.

Can we trust the state premiers now they're running the country?