Legendary German thrash metal powerhouse, Destruction, is smashing an all devastating, neck-breaking Live Attack onto the masses. The new BluRay/CD live event, including some pre- and after-show bonus content, will be released on August 13.

Today, those scene-leading frontrunners evoke the second outburst out of this energetic offering and release the live-single and music video for bone-crushing “Reject Emotions”. The song was cut  from the set list for quite a long time and demanded by many fans since then. For their incomparable streaming event, Live Attack, the German thrash metal institution Destruction, with legendary founding members Schmier on vocals/bass and Mike on guitars, brought this anthem back to the stage.

Schmier states: “The die-hards voted for ‘Reject Emotions’ to be on the setlist at this special show on our social media pages. We did not perform this fan favorite in its full length since the 80s, cause it was written for two guitars. Most fans know, it is actually the first song we ever wrote as a four-piece. This is why we chose this as a single now for our BluRay release. It is a very rare live track, finally played again with the power of two axes, the way it was meant to be! A cult song that always had a special place in our metal-hearts!  The flashback shots from the 80s in honor of the old line up build a bridge to our history and will hopefully bring back some joy and good memories for many supporters!”

Founded back in 1982 and since their first demo, followed by debut EP, Sentence Of Death (1984) and first full-length, Infernal Overkill (1985), the German foursome Destruction has turned heads and broken necks with their incredibly honest and uncompromising thrash metal power. Now, 39 years into their unstoppable rampage of a career, Destruction bring the power of hard-hitting drums, speedy riffs and punishing vocals to the comfort of your home on the new Blu-Ray & 2 Audio CD’s, Live Attack.

Destruction on their first release with Napalm Records: “This show at our fave club, the Z7 in Switzerland, was a really special one in the middle of this dreadful pandemic! When we recorded it as a live stream on the 1st of January, it gave us hope back and connected us with the fans worldwide! Many supporters demanded to release it in physical form, so we had to make it happen. The setlist reflects four decades of Destruction with an almost two hour best-of setlist, which includes some really rare live tracks! It was for sure a night to remember… we hope you all enjoy it as much as we did!”

When the music world was forced to shut down venues and cancel tours for an indefinite period of time, Destruction came through to deliver their outstanding power via live stream to their loyal fans at home – now available for you to enjoy on high-definition Blu-Ray! Witness Destruction ripping through their live set of 22 songs, including beloved classics like “Mad Butcher”, “Thrash Till Death”, “Born To Perish” and many more! Filmed and recorded at the legendary Z7 venue in Pratteln (Switzerland), Destruction spare no expense or effort to bring you a live show experience that will make you bang your head like you’re in the front row at the show, getting your ear drums penetrated by rumbling double-bass grooves! The Blu-Ray is filled with exclusive pre- and aftershow insights and behind the scenes footage from Destruction’s live show – a must-have for fans of true thrash metal! 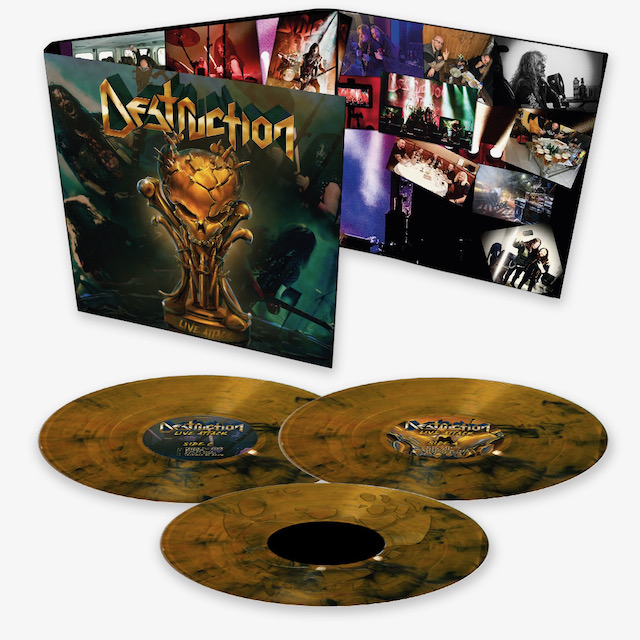 Live Attack will be available in North America the following formats: 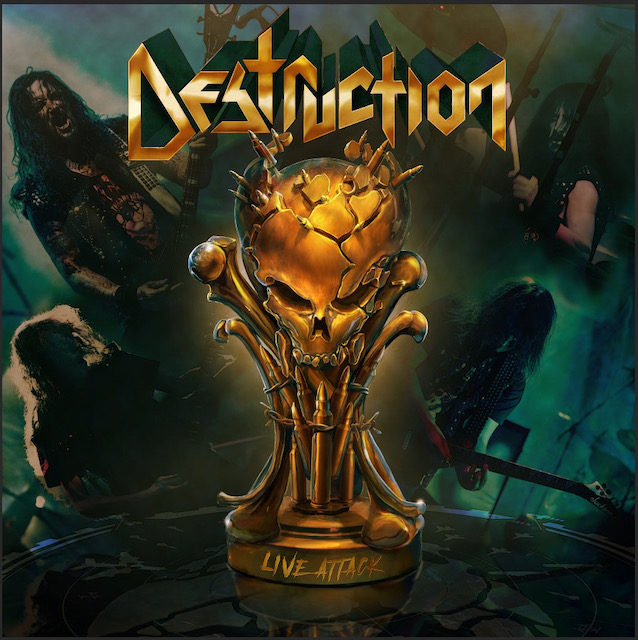 “Nailed To The Cross”

“The Butcher Strikes Back”

Five-star DB Jacoby Mathews says his recruitment is shut down