According to Emperor’s management, 2022 is the new 2021. The band’s official Latin America tour has been postponed to May next year. New dates are available below.

Emperor held a livestream event, A Night Of Emperial Wrath 2021, on May 23rd, which included guest appearances from ex-members Mortiis and Faust. The stream has surfaced on YouTube and can be viewed below in its entirety.

“In The Wordless Chamber”

“The Loss And Curse Of Reverence”

“The Acclamation Of Bonds”

“With Strength I Burn”

“Call From The Grave” (Bathory Cover – with Faust & Mortiis)

“Curse You All Men”

“The Majesty Of The Nightsky”

“I Am The Black Wizards” (with Faust)

“Inno A Satana” (with Faust) 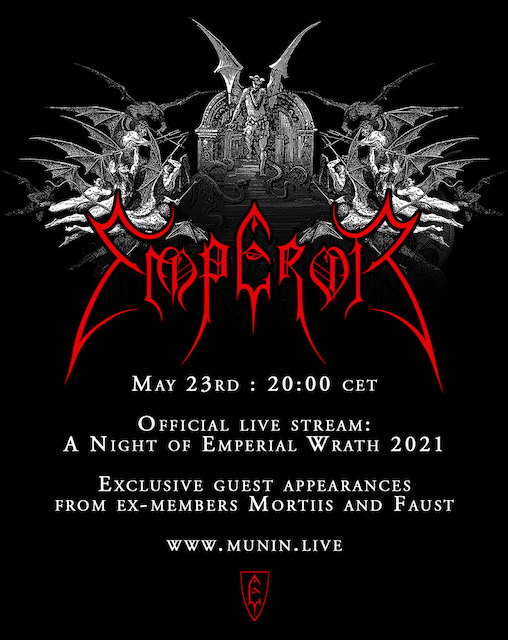 2021 marks 30 years since the formation of extreme metal pioneers, Emperor.  Formed in 1991, their game-changing debut In The Nightside Eclipse (1995) set the template for symphonic, bombastic, melodic black metal, whilst their follow-up record, Anthems To The Welkin At Dusk (1997) became an instant hit.

Emperor were a force to be reckoned with as underground, experimental and extreme forms of music twisted expectations throughout the end of the 20th Century. 2001 saw the end of Emperor with their fourth album, the ambitious and labyrinthine Prometheus: The Discipline Of Fire & Demise.

Violent crime in US returns to forefront of political agenda

What Does Eric Adams, Working-Class Champion, Mean for the Democrats?