While Dutch symphonic metal heavyweights, Epica, are gearing up for their first-ever streaming event, Ωmega Alive, they now give their fans – and those who might want to become one – the chance to get in the live mood and learn how to sing along.

The setlist for the upcoming universal streaming event that will mark the band’s triumphant return to the stage in support of their latest album Ωmega, is yet to be revealed, but now you can generate your very own Epica song list with a quiz that the band has set up for you:

Test your knowledge on Epica by answering 10 questions and according to your correct amount of answers, a personalized playlist will be created for you: playlist.epicastream.com.

Better give that playlist a few spins in order to sing along at full volume when Ωmega Alive will be streamed on Saturday, June 12 at 12 PM, PST / 3 PM, EST / 21:00 CEST and will be available on-demand for 72 hours. Early bird tickets and exclusive bundles are on sale now at EpicaStream.com. 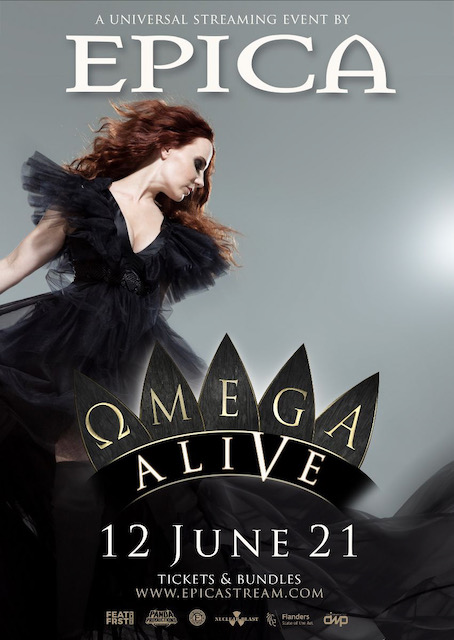 This one-of-a-kind online event will be the band’s most explosive performance to date with an enormous production on an ever-evolving stage setting that’s full of visual surprises. It will see the band perform songs from Ωmega for the first time ever, along with the band’s most popular songs and some other surprises.

Says keyboardist, and the mastermind behind the event, Coen Janssen: “After releasing our new album Ωmega, we found ourselves with great new songs aching to be played live, but without a stage to perform them on. We still wanted to give our fans the best possible release show like we always do, so together with Jens de Vos from Panda Productions, we came up with a way to bring the Epica experience into the homes of fans all over the world. ‘Ωmega Alive’ is Epica’s biggest show ever, and I can’t be more proud of what it has become! We went all out on everything we have to offer and I can tell you it is one massive audio-visual spectacle! Immerse yourself in the world of Epica and join us in ‘Ωmega Alive’!”

How fintech is fighting R&D attrition in Canada

Janet Jackson's brothers react to Justin Timberlake's apology: 'It takes a man to step up and do that'

Biden to Nominate Francisco Mora as U.S. Ambassador to the O.A.S.

Long Term, Low Carb Diets Not Superior to Other Diets

“I've found myself doing things I wouldn't normally do and actually being okay. Not feeling like...