Pentral is the new Brazilian band that mixes hard rock and progressive metal music, and though the two brothers Victor Lima (vocals and guitar), and Vagner Lima (drums), and their third bandmate Joe Ferry (bass) had worked together before, under that current name they released their debut album, What Lies Ahead Of Us, May 7 independently. Pentral has been around since last year dropping some versions of classic rock songs from iconic bands through their YouTube channel, like Queen, The Beatles and Led Zeppelin. Purchase/stream What Lies Ahead Of Us here.

BraveWords is premiering new video, “The Shell I’m Living In”, check it out below!

Victor Lima comments on the video and song: “The Music video was recorded in our home town in Brazil – Belem, with many shots taken from the historic center of the city and some scenes in flashback from the previous recordings in the woods nearby, and the band playing in the forest as well. We had some issues doing that because many scenes were captured in the middle of people who were in their ordinary working days. This was intentional to make it more authentic, as many people there were doing their own things, and we naturally paid attention not to show anyone’s clear image without their previous approval. The recordings of “The Shell I’m Living In” took us a couple of days. We’ve been graced with amazing days and nights, brilliant acting performances from the actresses Anne and Duda, an inspiring direction by Roger Elarrat and beautiful Photography by Lucas Escocio. The whole team was incredible and emotive, and this intense atmosphere really stood out through the video.

“‘The Shell I’m Living In ‘- One of the chapters of our debut album What Lies Ahead Of Us. The child and her mother in mourning after the death of her husband, roam around the city. This is meditative and emotional, but also fierce and energetic. An inspirational rock song to make you think and get some extra strength, thinking about the huge challenges many people face around the world.

“Poverty and hunger have no specific place or country. All around the world you see people who are socially deprived due to a lack of food, health, freedom, education, and many other needs. Brazil is no different and we’ve never been worse than we are now. In our “story” describing the daily reality – the mother and her child after running away from the forest that is being burned down and try to survive in the city, facing hunger and all sorts of harassment, with a spiritual presence always around them.”

The power trio music goes from progressive rock foundations to the heaviness of traditional and contemporary metal bands, without losing their links to the vibrant Brazilian groove and its diverse harmony. Beyond the three aforementioned major influences, Rush and Metallica are names that come to one’s mind when listening to these guys.

“It’s all about the song! It’s funny and challenging making music with uncommon time signatures and harmonies, and melodies that truly sound musical and heavy at the same time, but it’s not a matter of achieving this accomplishment for the sake of its complexity. It all comes to writing meaningful songs”, says Victor, who wrote music and lyrics of the ten tracks.

“By meaningful, I mean not only a song with good hooks, great tones, catchy chorus, rock-solid riffage, thunderous drums and pulsating bass guitar. It got to have a true message that deserves to be told and shared with real persons. You have to tell your truth that resonate with someone else” adds Victor. 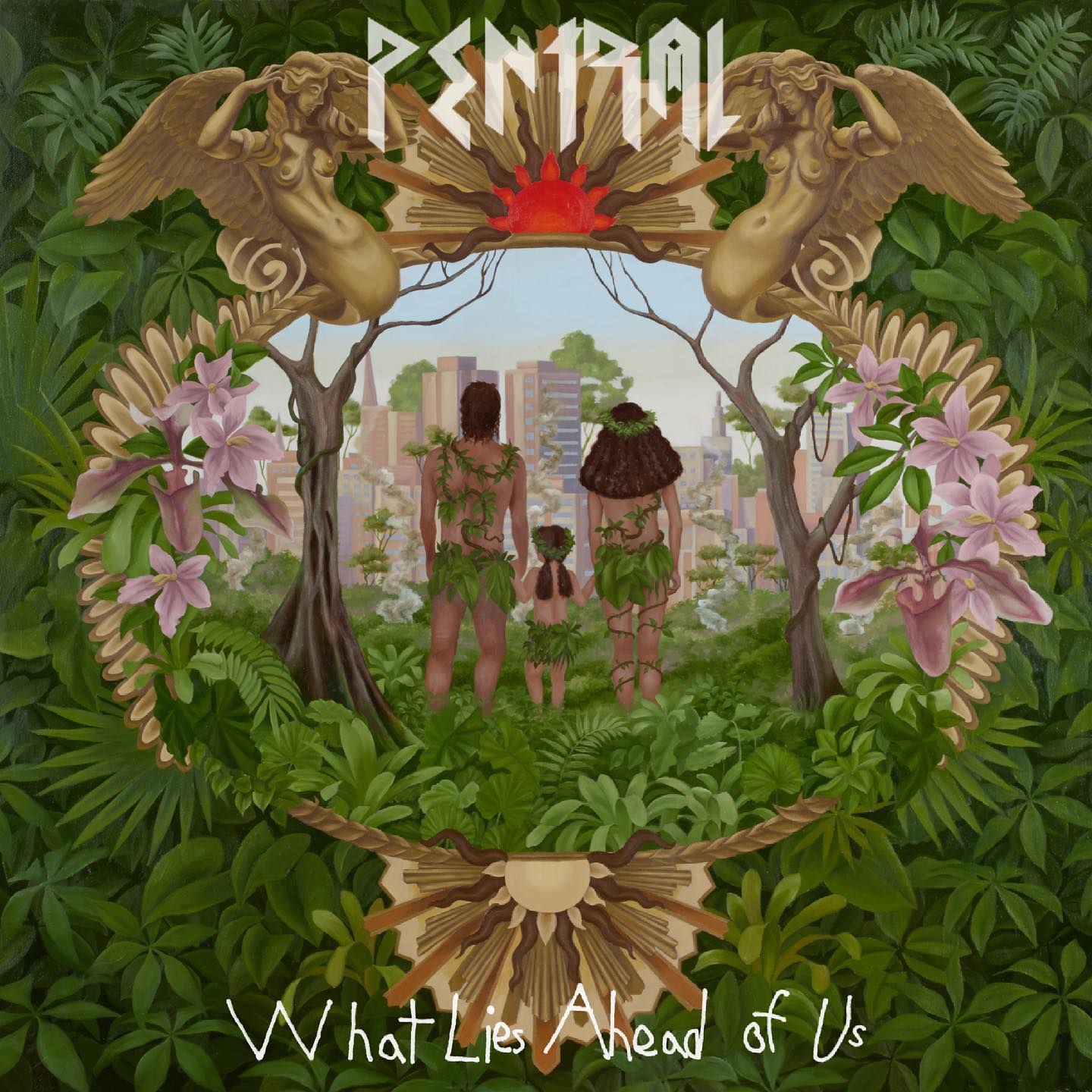 These words above surely can explain the reason for the name of this three-piece act. “Pentral” stands for “Soul” in Latin.

What Lies Ahead of Us is a concept album and it portrays a story that is fictional but pretty common in Brazil and in many parts all over the world. A couple who lives in the woods gives birth to a child among the threat of the beast – which is pretty much the human being itself – interested in destroying the rainforest and making money with that. The woman has premonitions about the sad ending. Eventually, they have to run to survive as the invaders arrive. In the city, the characters have to deal with racism, selfishness, prejudice, and indifference. “Silent Trees” is the first single and the first chapter, and it’s a song that describes the trees who “talk” with the woman telling her to run away, protect her kid and warn her about all the suffering and sorrow that are to come, caused by greed. The trees can only witness the entire drama and warn humans who live in the woods of the danger.

Fixed Rate Loans: The Pros and Cons of Locking It In

Dr. Sanjay Gupta/TwitterWhen I first told my medical colleagues that I would be traveling 14 hours to...