Massachusetts-based duo, Lazarus Complex, has released the new single, “Caylee’s Law”, featuring former Iced Earth singer, Stu Block. The track is available on all streaming platforms, here. You can also listen to the song below. 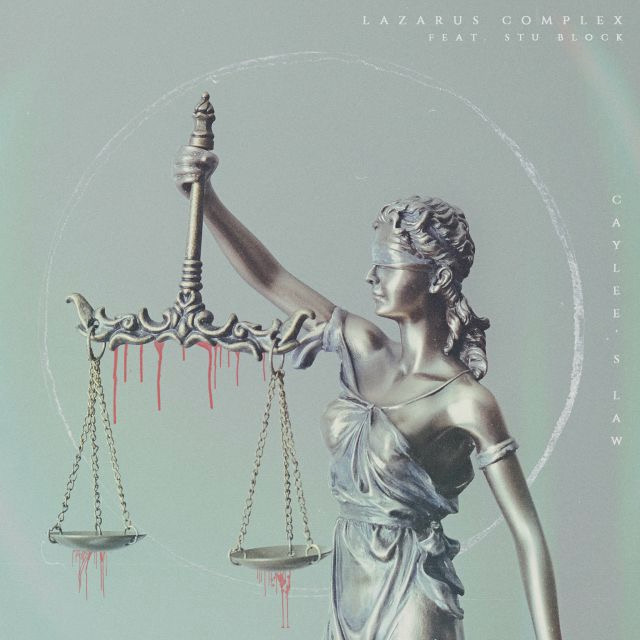 The single is just one of the tracks off Lazarus Complex’s upcoming album Sick, which will be available September 17 via all digital outlets and on CD through The Charon Collective.

Lazarus Complex isn’t your typical dose of metal mayhem. Formed in 2020, singer Jacob Schultheis and songwriter Joe Murphy aren’t content with just throwing heavy riffs together over blast beats. Citing influences from Killswitch Engage and Whitechapel to Bury Your Dead and Thy Art is Murder, they take things to the next level by infusing a sense of melody and even progressive metal into the mix.

Lyricist and vocalist Schultheis shared a little about the subject of “Caylee’s Law”: “The song is about the Casey Anthony trial, from how the body was discovered to the final judgement rendered. I took it a further step in the mindset that even though justice on Earth seemed to have failed, ultimately God knows what really happened, and it will be answered for.”

“It was such a pleasure to have the legendary Stu Block lend his voice to us. The moment he saw the lyrics and was asked to bring out that old inner growl, he was excited and claimed ‘this is absolutely brutal,'” Murphy shared of his experience working with the former lead singer of Into Eternity and Iced Earth.

Death knell for Chinese crypto miners? Rigs on the move after gov’t crackdown

Exclusive: THE PROTEST Premiere “Show Up To The Showdown” Video

Wales Online recently caught up with Iron Maiden frontman Bruce Dickinson, who discussed his work with...