Handout photo taken with permission from the twitter feed of @drbouchard of a large fire that has broken out at Hampton Boat Sheds in Hampton, London. Picture date: Monday May 3, 2021.

A fire has ripped through two large buildings on a boatyard on an island in the River Thames in south-west London.

Around 100 firefighters are tackling a blaze on Platt’s Eyot island in Hampton, Richmond upon Thames.

Some 15 fire engines were at the scene on Monday evening, with crews forced to carry their equipment to the blaze by hand as the island can only be accessed via a footbridge.

Footage from the incident showed two large buildings at the Hampton Boat Sheds on fire, while subsequent photos showed just the charred remains of the structures.

Firefighters continue to tackle a fire at two single-storey industrial units on Platt’s Eyot island. The only access is via a footbridge, therefore all the equipment had to be carried by hand to the scene by firefighters https://t.co/JUVeePHGDdpic.twitter.com/VRKbGrnxT4 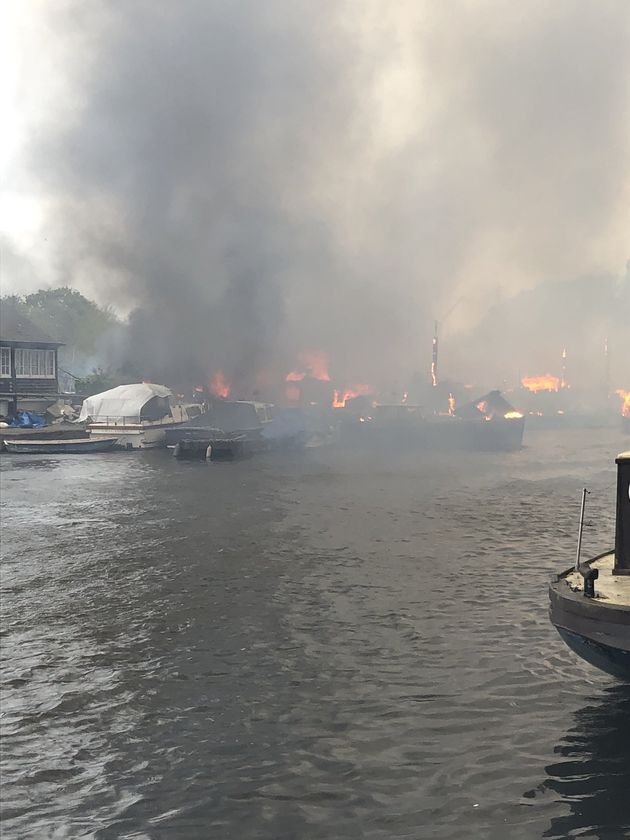 Handout photo taken with permission from the twitter feed of @drbouchard of a large fire that has broken out at Hampton Boat Sheds in Hampton, London. Picture date: Monday May 3, 2021.

LFB said its control room had received more than 60 calls about the blaze.

Fire crews from Twickenham, Kingston, Feltham, Heston, Richmond and other neighbouring stations are at the scene.

This Prize-Winning Photo Shows The Unfiltered Truth Of Self-Isolation

Red and blue America are evolving into vulnerable and safe America

Simone Biles' sponsors offered statements of support Wednesday following her decision to pull out of Thursday's...