HOUR OF 13 Release New Track “His Majesty Of The Wood”; Black Magick Rites Out In August


Doom legends Hour Of 13 have revealed the brand-new track “His Majesty Of The Wood.” The track is the first to be revealed from the band’s long-awaited fourth album, Black Magick Rites, set for international release on August 27 via Shadow Kingdom Records.

Hour Of 13’s first full-length offering in over eight years, Black Magick Rites was available digitally on November 1, 2020 for only 24 hours. Just as uniquely, Black Magick Rites also marks the first Hour Of 13 album where he handles not only all instruments, but also all vocals.

Indeed, Davis’ vocals evoke an ancient nostalgia, of doom metal before it was “doom metal” – of the days when bands like Black Sabbath, Pagan Altar, and Witchfinder General simply followed their respective muses wherever it took them. And for Davis, Black Magick Rites sees him taking his Hour Of 13 muse toward a rougher, more rock ‘n’ roll expression and yet tinged with an emotive melancholy that resonates deeply within the soul. No, no flavor-of-the-week “occult rock” clichés here, for Davis still prizes blue-collared authenticity in his doom, but he likewise never lets it hamper his immediately recognizable songwriting, which here ever so subtly inches closer to classic deathrock territory (think the likes of early Christian Death and Voodoo Church).

Naturally, with a title like Black Magick Rites, an indulgence in occultism is expected, and you can literally feel the fingers of the black beyond reaching out to you across every electric minute of this 44-minute monolith.

Despite those isolated breakups, Hour Of 13 continue to get better with age. Perfectly titled as any record in their enviable discography, Black Magick Rites is the sweet sound of salvation…through damnation. 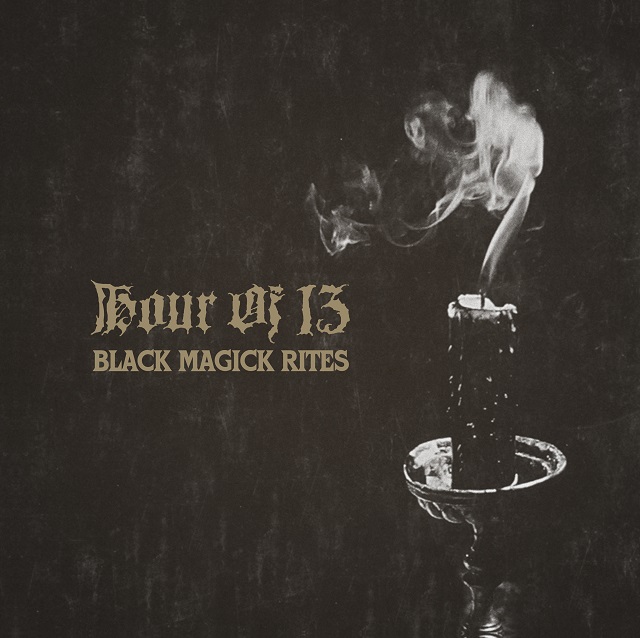 “His Majesty Of The Wood”

“Return From The Grave”

“The Mystical Hall Of Dreams”

“His Majesty Of The Wood”:

Former Trump adviser on 2018 Helsinki summit: Mortifying and humiliating for the country

Musk dumps Bitcoin over climate concerns. Is it bad for the environment? – National

Homebuyers have been forced to jump through hoops or play a form of Lotto to get...

U.S. national security panel forced the scuttling of at least seven deals in 2020