This month, one of the oldest Russian musical collectives, Akvarium, presented their newest release: tribute Dyan LP featuring songs from artists such as Kino, Zvuki Mu, Mike Naumenko, Nautilus Pompilius and XZ. Dan Volohov sits down with Boris Grebenshchikov to discuss the KGB, the formation of Leningrad Rock-Club, releasing his major-label debut and working on Dyan.

Despite the general rise of rock and alternative music in the USSR in the ’80s, the foundational tendencies had existed long before in various forms. As Akvariums’ Boris Grebenshchikov says today, the first introduction for him became listening to Vladimir Rekshan’s St.Petersburg collective “in the small school hall in the early ’70s”. Developing the folkish tendencies of the late ’60s and uniting them with his outstanding lyrical voice, Grebenshchikov has probably done more than anybody else, forming the style that is considered to be “Russian rock”. Not a group of artists on a certain geographical position or the people of one mentality, but a number of tendencies, captured and mixed together in quite specific proportion forming what Russian rock is to this day. 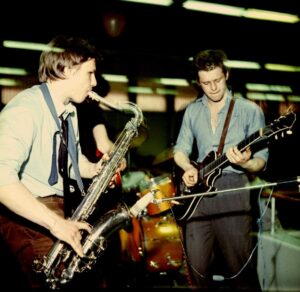 The problem with the KGB was still current by the early ’80s when Leningrad Rock Club was established. However, as Grebenshchikov states: “It was something like the 18th attempt…Only this time the initiative came “from above” and became one of the first organizations that united artists from St. Petersburg. It also became the place the KGB could have all the possible artists in one place – the members of the organization.

But everything has its own positive and negative sides, right? The Club was established and bands finally found the place where they could play. “Even for free, without being stopped by the police” – says Boris. Akvarium’s lead-singer continues saying: “Nobody cared about the political motives; we all knew in our bones we have to play and the Universe will take care of the rest; what is exactly what happened.”

In my mind, I draw some parallels between back then and now listening to Akvariums’ newly released Dyan LP (Dyan is Russian for “Tribute”). Just like Grebenshchikov did in contributing to the creation of a Rock Club, he united various artists of 80’s era on the newest tribute album, not only those who came from St. Petersburg but the ones like Nautilus Pompilius from Ekaterinburg (then Sverdlovsk) or Eno’s favourites, Zvuki Mu from Moscow. 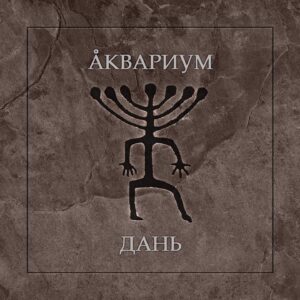 Grebenshchikov stresses that despite any specifications “every album is a symphony…” and Dyan is not an exception. Of course, songs are obviously different, written by different people in different circumstances and environments. It wasn’t a problem for Akvarium leader to put them together. Boris explains to me: “I take a song and record it in a way that makes me proud to be a part of it. Make them mine. Then put them together.”

Solidified together, they’re presented in a way that makes all the releases of Akvarium special: the ability of Grebenshchikov to create an intimate connection with his listeners despite the stylistic differences of the releases and the number of people involved.

Of course, there are some exceptions. Radio Silence, which became the first major-label release for the founder of Akvarium, is the example of Grebenshchikov’s evolution from work within the band, as Akvarium was at that point working on his solo-work with the contributions from Eurythmics’ Annie Lenox and David Steward, who produced the album with further collaborations with Chrissie Hynde, Billy Mackenzie and Siobhan Fahey.

Despite various factors involved in the process of releasing his debut solo LP, Boris still considers it not much different from everything he had been doing over the years. “I was writing songs in a new language and that was an adventure in itself – to try and write them true to what I’ve felt.” says Grebenshchikov when I ask him about anything different. He gets to the production part stressing: “I needed to learn how to record properly as opposed to our old homemade way.”

Grebenshchikov is the person who can read you like a book. Just like he would do with anybody. But with both majors involved in what you’re doing and some new constants, it’s uneasy to feel comfortable yourself. “Touring and perception – was it that different ?” I ask.

“Nobody knew who we were and people were just curious…But it was ok. A part of the learning curve. I needed to learn how to communicate.”

A good point to put a full stop at the end of this sentence. But it is possible to describe somebody’s career and evolution in a few sentences? Especially, that which Boris Grebenshchikov has had over the years. Founding Akvarium in the early ’70s, releasing numerous records, getting acquainted with artists like Bowie and Yoko Ono, becoming the first USSR artist signed to a major, passing through various stages of his career…It’s all that I can think while Grebenshchikov only looks to the future:

“I finally had time to work on the long-term unfinished albums…New Aquarium album; a double album of bonuses for the deluxe edition of Thor; an album of Hindu Bhajans; an album of covers of Russian bard songs – and some instrumental music…” says Boris, giving me a strong feeling that it’s not even a half of his list.

A Zombie-Fire Outbreak May Be Growing in Alaska and Canada

How To Keep Your Body Healthy And Fit