Word has come down via the official Jon Lord Facebook page that a new performance of Jon Lord’s Concerto For Group And Orchestra will take place in Győr, Hungary on November 5th, 2021. The announcement was made by drummer Bernhard Welz.

Adding Deep Purple tracks, the concert will be performed by the Győr Symphony Orchestra together with:

The show will be conducted by maestro: Paul Mann (Jon Lord, Deep Purple, LSO). Ticket to go on sales next week. 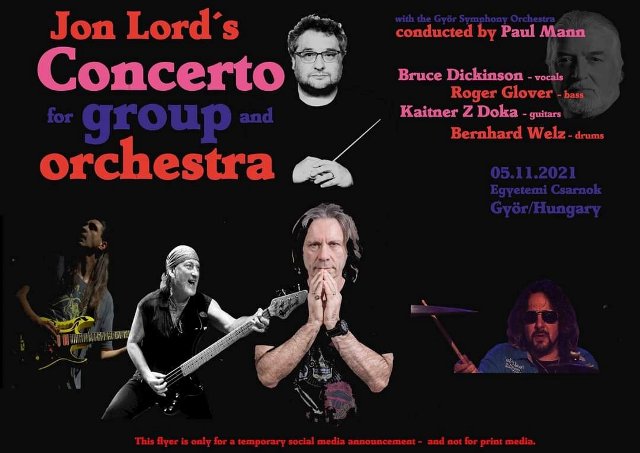 On November 21st, 2019 Dickinson performed at the Palais Montcalm in Quebec City, QC for the 50th anniversary of late Deep Purple legend Jon Lord’s Concerto For Group And Orchestra.

ICI Québec uploaded the video footage below, and you can see photos from the event at Le Journal De Québec, and Le Soleil.

Mary Simon to be officially installed as governor general today

22 Actors So Perfectly Cast, They Can’t Be Replaced

Davina McCall: Menopausal Women Are Facing A ‘Pandemic Of Injustice’