We have a feeling that those taking part in the Changing Rooms reboot might be having some second thoughts after hearing what Laurence Llewelyn-Bowen has in store for their houses.

The interiors expert, who was famed for his flamboyant designs on the original run of the home makeover series, has promised he’ll be showcasing some of his “most out-there designs I’ve ever done” when the show returns to screens.

And what’s more, Laurence has said they will be “indestructible” compared to some of the flimsy MDF designs he had a hand in building back in the day.

Speaking to the Metro newspaper about Changing Rooms’ return, he said: “You’ll see some of the most out-there designs I’ve ever done. And this time we’re building them well. I do freely admit that in the first few series, my tarts’ boudoirs divided the nation and a few were like a Crossroads set, you couldn’t really lean on them.

“Now they’re indestructible so my only advice for anyone taking part is that they better like them because they’ll survive a nuclear explosion.”

Asked about joining the Channel 4 reboot of the show, which last aired on the BBC 17 years ago, Laurence said: “There was a moment when I felt it should be about someone new. Then you just go, ‘Fuck it! It always was so much fun. Why would I not?’

“But I am the oldest person on set by about 20 years and the first time round I’d be exhausted after three days. How I’m going to do six programmes and squeeze into leather trousers every day – I’m just going to have to up my medication and hit the gym.” 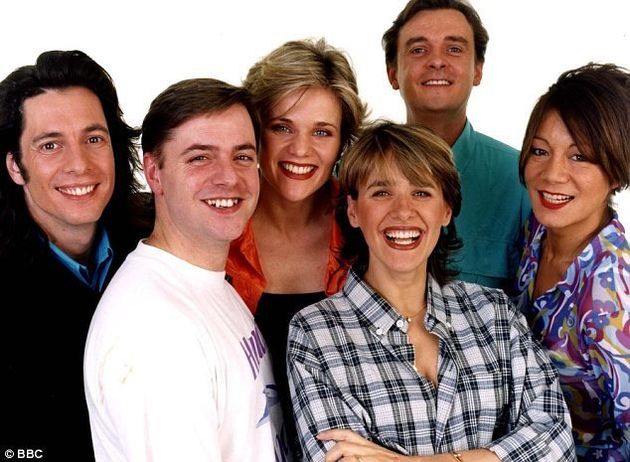 It was previously confirmed that Naked Attraction host Anna Richardson will be joining Lauerence on the reboot, after Davina McCall was forced to withdraw from the project due to a scheduling conflict.

Changing Rooms originally aired on the BBC between 1996 and 2004, with Carol Smilie on presenting duties for most of that time.

Joining Anna and Laurence on the new series of Changing Rooms are designers Jordan Cluroe and Russell Whitehead of the interior design studio 2LG.

Will Boris Johnson Come To Regret Making July 19 The Terminus Of His Roadmap?

20 Reasons Indya Moore Is The Best