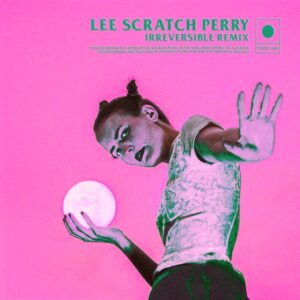 One is a young Norwegian singer-songwriter who makes minimalist electronic folk music. The other is a legendary Jamaican reggae producer in his mid-eighties.

Tuvaband and Lee “Scratch” Perry come from different generations, different continents, different cultures. Teaming up to make music together should not really work.

Yet his remix of her song Irreversible is an inspired meeting of opposites.

Tuvaband is the solo project of Tuva Hellum Marschhäuser, who who creates sparse, glacial electronic soundscapes adorned with her hauntingly strange vocals – like Liz Fraser of Cocteau Twins meeting Fever Ray in a dark Nordic wilderness.

Their collaboration came about after Tuva, who first fell in love with Jamaican music during a student trip, connected with the 85-year-old Scratch over Instagram.

Listening to both the remix and her original song – a poignant plea to save our planet from environmental disaster – you realise their shared element is an understanding of the importance of the spaces in between the music. Somehow it simultaneously evokes both the fjords and pine forests of frozen Norway and a steamy studio filled with ganja smoke somewhere in Jamaica.

“Lee Scratch Perry is one of the coolest artists I know about,” says Tuva. “The first time I heard his music I was amazed; I think he’s a really bold and innovative artist. I really wanted to hear my music through his ears, and wanted to collaborate with him somehow. I realised a remix was a good place to start.”

All words by Tim Cooper. You can find more of Tim’s writing on Louder Than War at his author’s archive. He is also on Twitter as @TimCooperES

Why Gyms Are Coming Back More Essential Than Ever

This coronavirus article is unlocked and free to read in the interest of community health and...