The Strip That Down singer claimed that his fellow One Directioner picked up the phone as he has a “sixth sense” for if Liam is “struggling or in trouble”.

Liam made the admission during an Instagram Q&A, and was asked by a fan if he had heard from Harry, who has been busy shooting two films in the last few months.

“Yeah, I did speak to Harry, and it was really lovely,” Liam said. “He called me because he has a sixth sense for if I’m struggling or if one of us is in trouble I feel like.”

He continued: “I spoke to him and it was a really lovely catch up actually. And I’ve got a lot of love for the man. He’s great, he’s really, really great.”

Liam also spoke of what it was like seeing all five members of the group on their chosen solo paths.

“It’s hard in this position sometimes, you’re watching people’s stories from afar that you used to know so well,” he said.

“That can be difficult when you feel like a piece of you is missing with them at that point I guess. And I think we’ve all felt this at different times, me and the boys.

“It’s almost like missing a very dear friend a lot of the time, but everyone’s so busy and you’ve got to be understanding of all that.”

The pair in their One Direction heyday

Liam also shared his hopes that he could still come together with the other boys in the future.

One Direction formed on The X Factor in 2010 and went on to achieve huge global success.

Zayn Malik quit the band in 2015, with Liam and Harry continuing with Niall Horan and Louis Tomlinson until they went on an indefinite hiatus the following year. 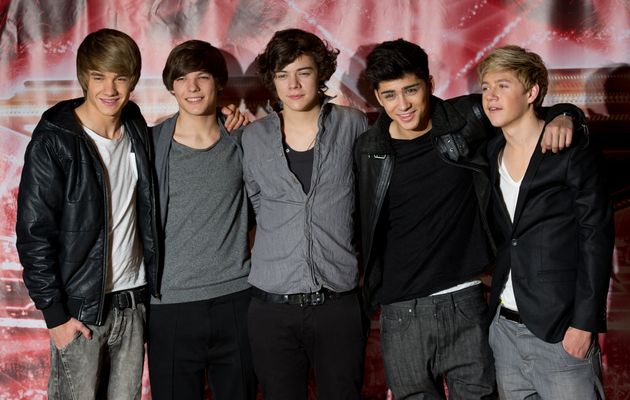 One Direction formed on The X Factor in 2011

Liam previously admitted he didn’t speak to Harry for “a long time” after the band finished.

He also told The Face magazine in 2019 that he considers himself “like the antichrist version of what Harry is”.

“I was actually genuinely looking at some pictures of him the other day, and I just thought, ​“I don’t know what more I’d say to him other than, ​‘Hello’ and ​‘How are you?’’,” Liam said.

Report: Al Michaels being pursued by Amazon for NFL package

US unveils plan to donate millions of Covid vaccines globally

Radiation resistance is baked into the Perseverance Mars rover. Here’s why that’s important.

Wall Street doubles down on lending ‘cheap money’ to the rich