Lorraine Kelly has admitted she isn’t exactly a fan of the statue of Princess Diana that was unveiled this week.

The daytime presenter said she “really didn’t like the sculpture” that was unveiled by Princes William and Harry at the Sunken Gardens at Kensington Palace on Thursday.

Reacting to the statue on her ITV show on Friday morning, she said she believed it didn’t do Diana “justice”.

“Can I just say, I don’t really like it,” Lorraine said.

“I’m sorry. I don’t know what you think, but I don’t really like the outfit.”

Lorraine said that she liked the “strength” that the statue gives off, as the late princess “looks very strong”, but added: “I just don’t think it does her justice.

“Of course, it was all about the boys and if they’re happy, then that’s fine,’ Lorraine said of William and Harry.

“Maybe it looks better in real life. I have to reserve judgement until I can see it for myself.” 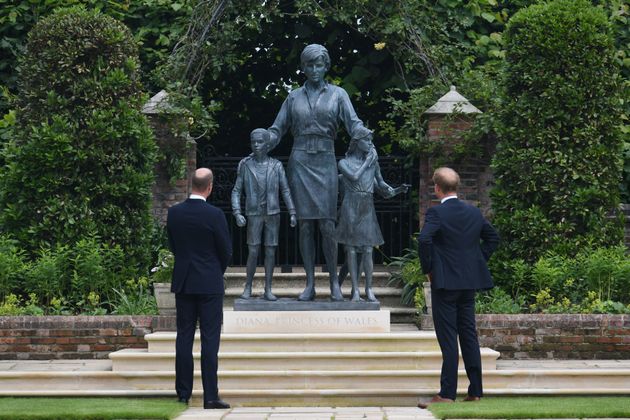 William and Harry with the statue they commissioned of their mother

The bronze statue, by sculptor Ian Rank-Broadley, shows Diana surrounded by three children and is said to be based on the final period of her life as she gained confidence in her role as a humanitarian ambassador.

It aims to convey “her character and compassion”, Kensington Palace said.

William and Harry said in a joint statement on the day: “Today, on what would have been our mother’s 60 birthday, we remember her love, strength and character – qualities that made her a force for good around the world, changing countless lives for the better.

“Every day, we wish she were still with us, and our hope is that this statue will be seen forever as a symbol of her life and her legacy.”

Lorraine airs weekdays at 9am on ITV.

What Psychological Impact Does A ‘No-Crowds Olympics’ Have On Athletes?

You’ll Be Shocked by What’s in My Twitter Feed

Aaron Rodgers spoke with players about teaming up outside of Green Bay?

Hurricane Ivor is the pick in the fiercely competitive Unibet Stewards’ Cup, the big betting race...