Man, 31, is arrested after assaulting Edinburgh priest who chased minister in church with a bottle


Man, 31, is arrested after assault on Edinburgh priest after ‘kind and gentle’ minister was chased through his cathedral at morning prayers before fighting off his bottle-wielding attacker with a chair

By Alyssa Guzman For Mailonline

Jamie McMorrin, 35, was attacked by bottle-wielding man, 31, on Monday morning during his morning prayers

A bottle-wielding man who attacked an Edinburgh priest on Monday has been arrested and will appear in court today.

Father Jamie McMorrin, 35, was assaulted during his morning prayers around 9.30am on Monday at St Mary’s Cathedral.

The man, 31, is believed to have asked Fr McMorrin if he was a priest and swung a bottle at him when he replied yes.

The Leaders of the Archdiocese of St Andrews and Edinburgh released a statement regarding the assault. The organisation said: ‘A priest sitting alone praying in a pew was subject to a violent and unprovoked assault by a man carrying a glass bottle.

‘Prior to the attack the man had asked him if he was a priest.

‘When the priest replied that he was, the man attempted to hit him on the head with the bottle, before chasing him to the back of the cathedral.’

The priest narrowly missed the bottle and managed to escape to the back of the cathedral where he used a chair to fend off the man. The man had broken the bottle during the first swing and continued it in the attack. 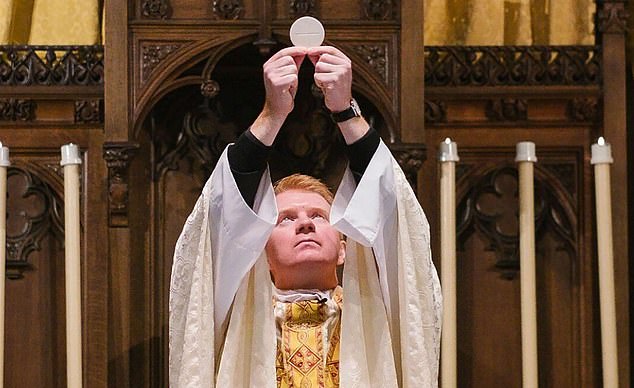 Scottish police have confirmed the man has been arrested and is expected to appear Edinburgh Sheriff Court today (pictured: Fr McMorrin) 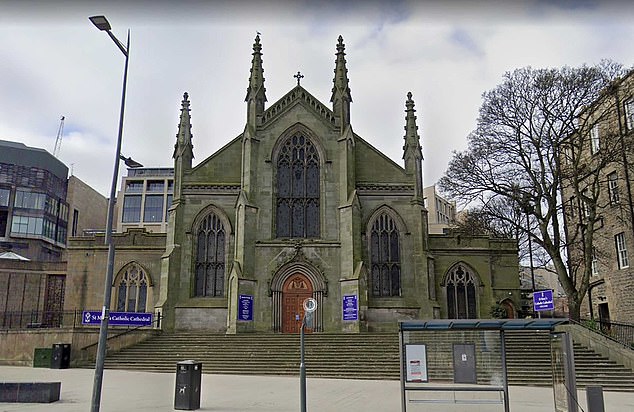 It is believed that the man asked Fr McMorrin if he was a priest and when he said yes, the man swung a bottle at him. The bottle missed the priest’s head

The man is expected to appear at Edinburgh Sheriff Court today. He has been charged with connections to the St Mary’s Cathedral and Princes Street Gardens East assaults.

‘We can confirm that a 31-year-old man has been arrested in Cumbria in connection with an assault at a church on York Place in Edinburgh and a further assault at Princes Street Gardens,’ Police Scotland told the Edinburgh Evening News.

There has been an outpouring of support by parishioners and the city, who have called the priest ‘kind and gentle.’ 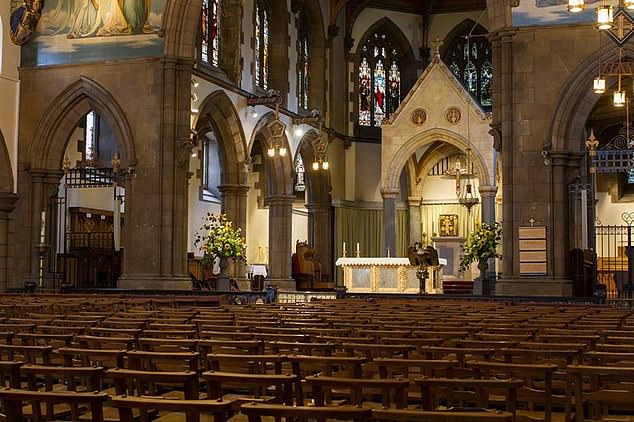 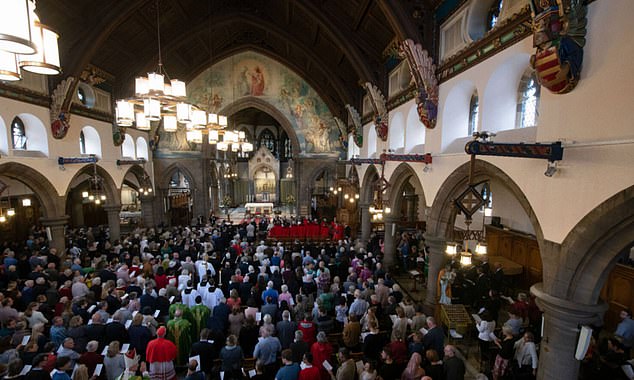 While many wish warm blessings on him, others hope the attacker faces judicial time for his assault and question his mental health.

One Twitter user said: ‘Disgraceful. Hope who ever it was feels the force of the judicial system.’

While another said, ‘There must be mental illness involved. How else can people not be left in peace with their faith? Outrageous.’

The man will appear in court today.

Former ILL NIÑO Members Regroup As LIONS AT THE GATE; Music Video For Debut Single “Not Even Human” Streaming