Massachusetts police have taken eleven ‘armed and dangerous’ men into custody after they fled from police during a traffic stop overnight.

A state trooper spotted the group –  who claimed to be members of ‘Rise of The Moors’ – at the side of the Interstate-95 between Wakefield and Reading around 1.30am Saturday.

The men, who were dressed in tactical-style gear and armed with both pistols and rifles, refused to comply with orders to drop their weapons and ran into woodland by the side of the road.

Massachusetts State Police issued an urgent shelter-in-place warning for residents Wakefield and Reading, and urged them to lock their doors. They added that the group were ‘dangerous’ and ‘do not recognize US laws’.

The I-95 was subsequently closed down as cops combed the area in search of the men. 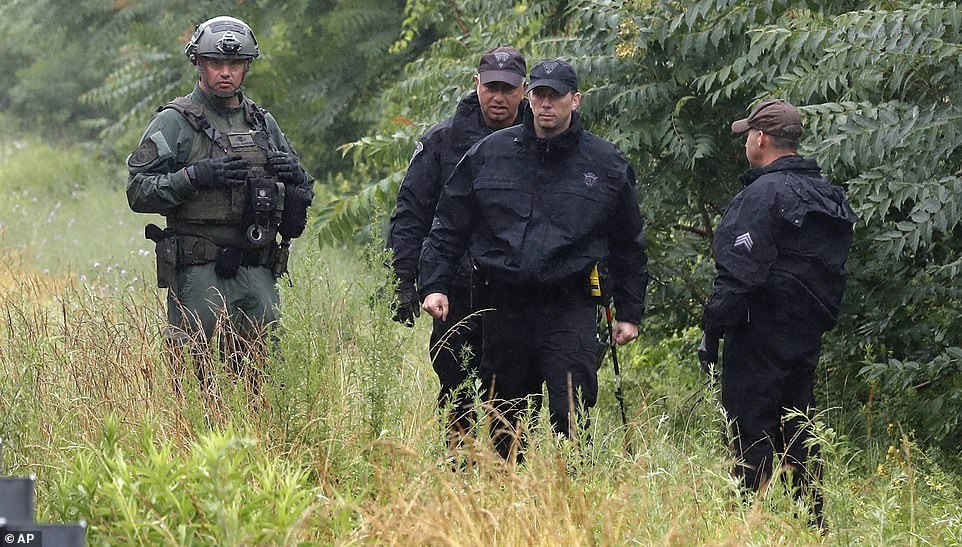 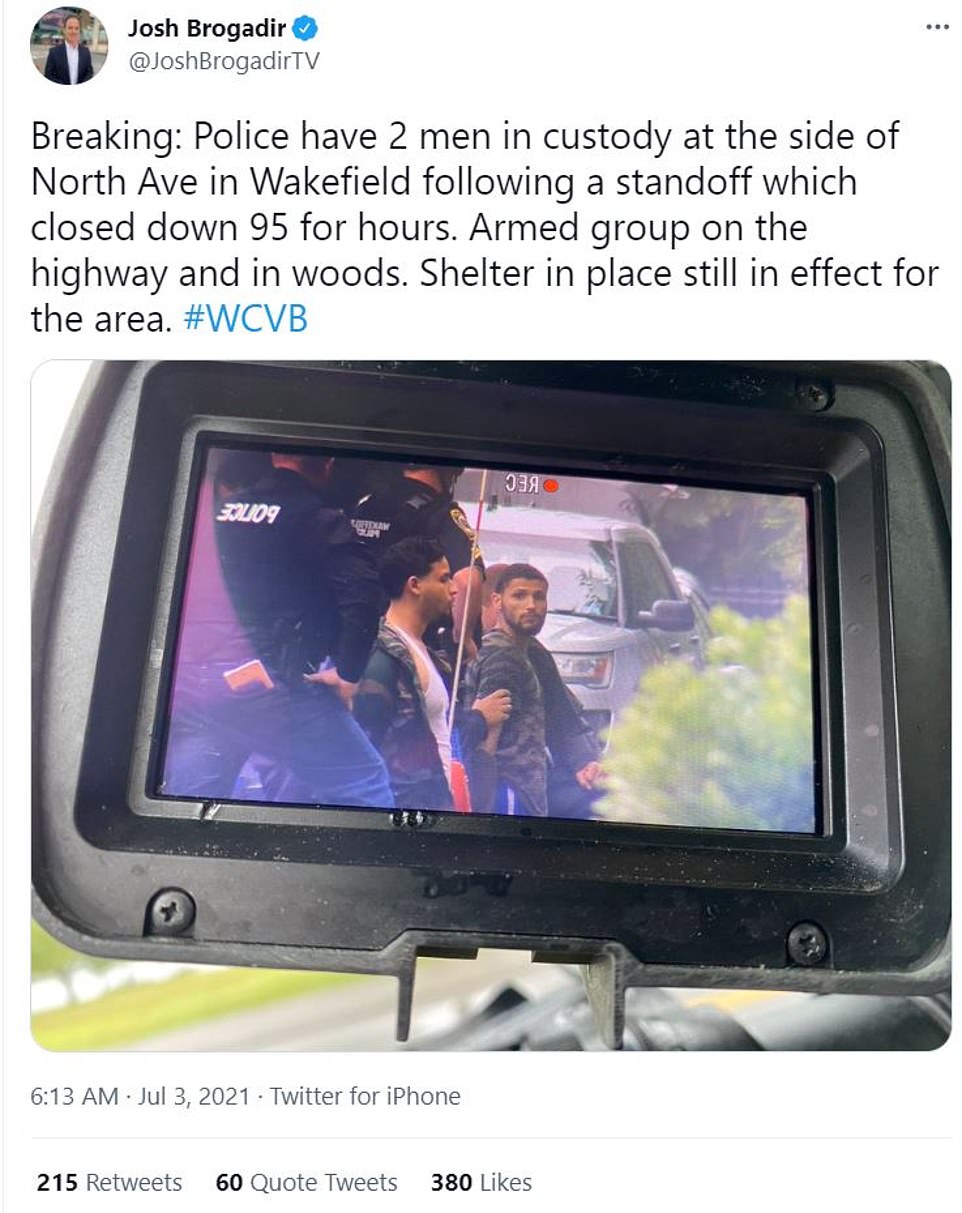 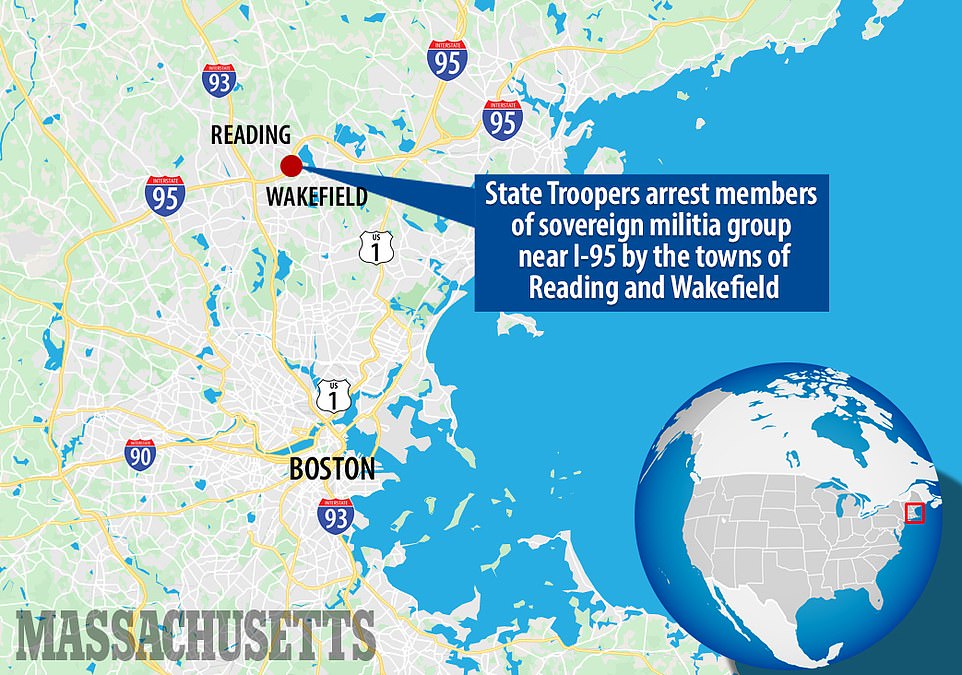 Two of them were captured and arrested shortly after daybreak. Others were found and taken into custody around 10.30am. 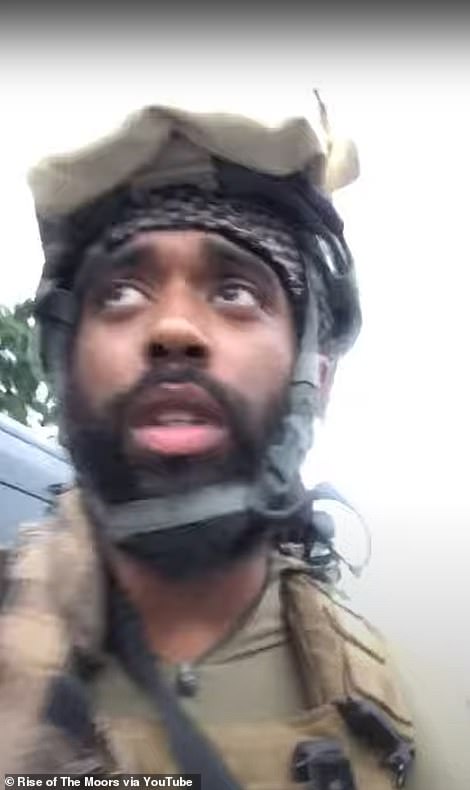 Police have confirmed that members of the group posted multiple videos to YouTube under an account named ‘Rise of the Moors’. One of the men is seen here

The men claim to be from a group named ‘Rise Of The Moors’. It is currently unclear how closely they are related to Moorish Sovereign Citizens – a separate extremist group of squatters who do not recognize the authority of the United States government or its laws.

The Southern Poverty Law Center describes the Moorish sovereign citizen movement as a collection of independent organizations and lone individuals that emerged in the early 1990s as an offshoot of the antigovernment sovereign citizens movement, which believes that individual citizens hold sovereignty over, and are independent of, the authority of federal and state governments.

Police say they made no specific demands. They are now sweeping the men’s vehicles and surrounding woodlands to make sure no weapons were left behind.

During a press conference, cops confirmed that members of the group posted to the YouTube account ‘Rise of the Moors’ early on Saturday morning.

The group were reportedly on their way from Rhode Island to Maine to conduct ‘training’ when the incident in Massachusetts occurred.

One clip shows several men dressed in camouflage clothing waving a Moroccan flag as they stand at the side of the I-95 and declare ‘we are not anti-government’.

A separate video, filmed after daybreak, shows one of the camouflage-clad members speaking directly to the camera, stating: ‘We’re not anti- police, we’re not sovereign citizens, we’re not black identity extremists.

‘The possession of a gun per se, constitutes no offence, so we haven’t violated any laws.’

‘The police saw us on the side of the road with our guns secured, we were afraid, so we got out with our arms, and I have a body camera that has been recording the whole time,’ the Rise of the Moors member insisted.

‘We reassured them multiple times that we are abiding by the federal laws as well as the judicial opinions of the United States Supreme Court, but they keep portraying us as being anti-government but we’re not anti-government at all.’

The member did not specifically outline his group’s goals or beliefs. 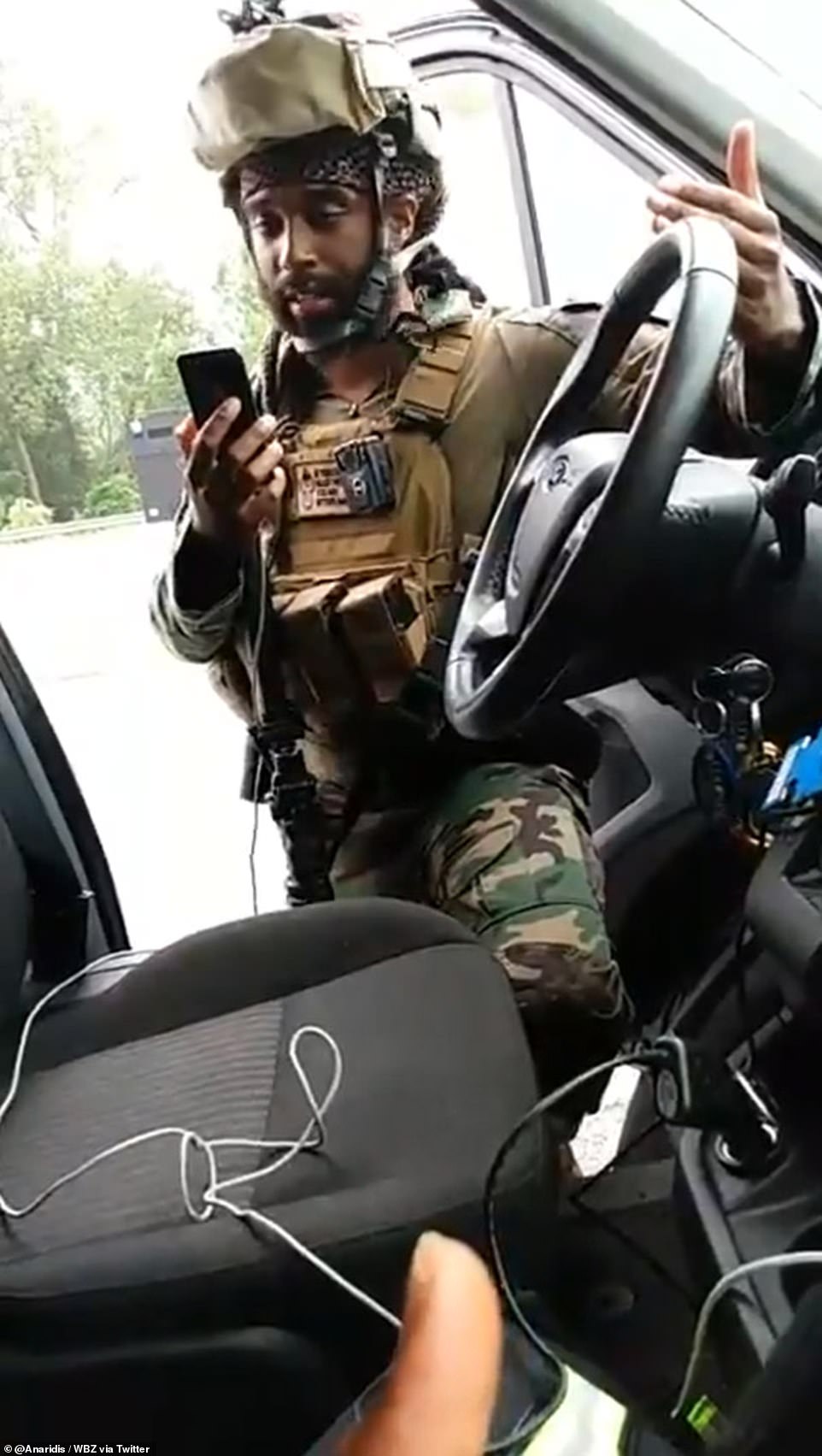 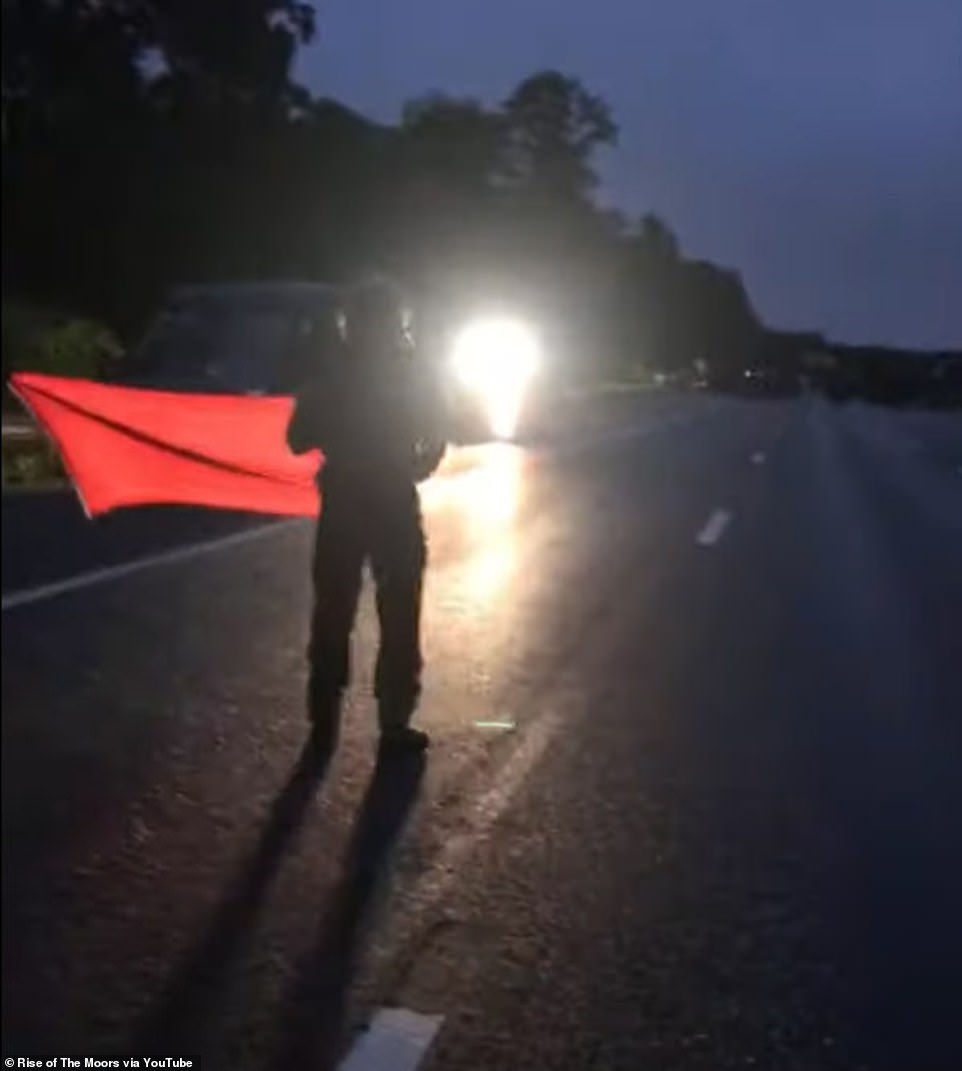 Moorish Sovereign Citizens: An extremist group who claim to be America’s original inhabitants 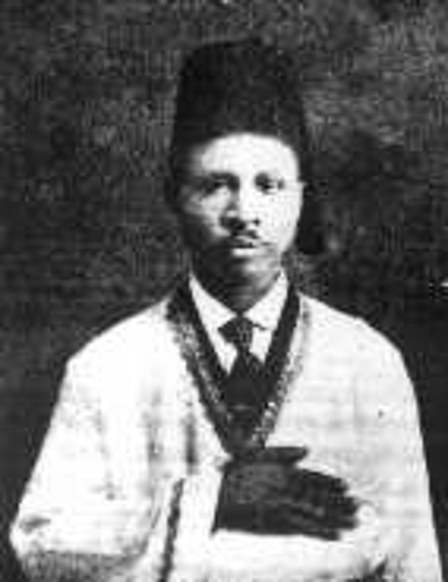 While the group of men pulled over in Massachusetts on Saturday proclaim to be members of ‘Rise of the Moors’, it is unclear how closely they are linked to  Moorish Sovereign Citizens  – an extremist political movement that emerged in the mid-1990s on the US East Coast.

‘Rise of the Moors’ members insist they are not anti-police or anti-government and are not sovereign citizens. They also purport to be abiding by all US laws, unlike Moorish Sovereign Citizens (MSC).

He believed that all African Americans were descendants of the Moabites and are therefore Moorish.

Some Islamic historians believe that the Moors and Muslim groups reached the Americas before Christopher Columbus.

Moorish sovereigns believe this entitles them to claim immunity from federal, state, and local laws and can sometimes cite God’s law or common law over constitutional authority.

They come into conflict with federal and state authorities over their refusal to obey laws and government regulations.

The Southern Poverty Law Center describes the Moorish sovereign citizen movement as a collection of independent organizations and lone individuals that emerged in the early 1990s as an offshoot of the antigovernment sovereign citizens movement, which believes that individual citizens hold sovereignty over, and are independent of, the authority of federal and state governments.

Meanwhile, another clip titled ‘Moroccan Peace’ featured the man saying: ‘According to the United States federal law, we have the right to peaceful journey, so with that being said we should not have been detained here.

‘We were not pulled over, we had stopped to fuel our vehicle. I’m going to show you for the record, I also have a bodycam, it’s still recording (points to body cam) my red light indicates that it is recording.’

He continued: ‘Our vehicle is full of camping equipment, which supports what I said about how we’re going to our private land to train, which is our second amendment right.’

‘I ensured them that we had planned to fill up these fuel tanks which I’m about to show you right now, so that way we don’t have to make any unnecessary stops, so that way we could have just passed through their state. 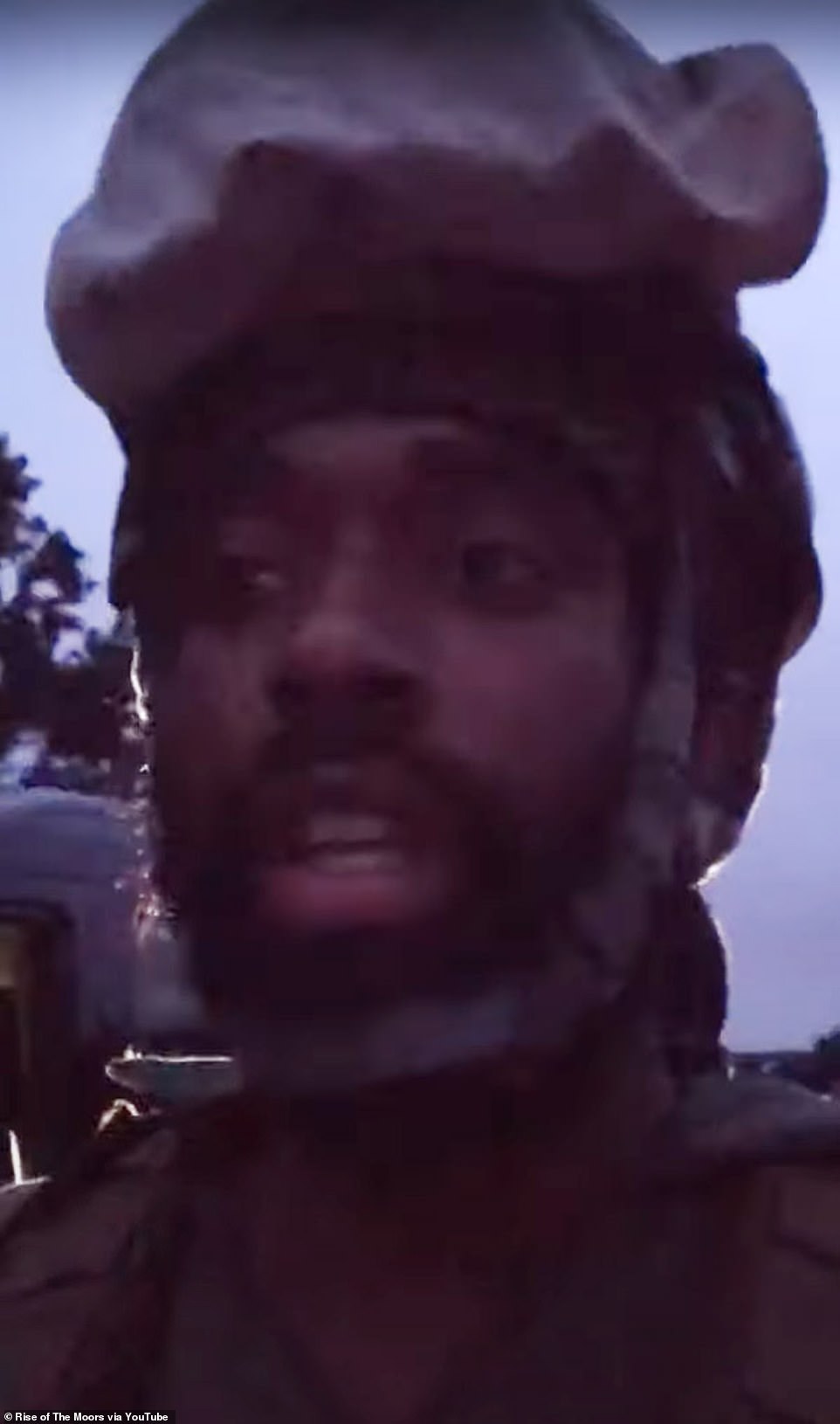 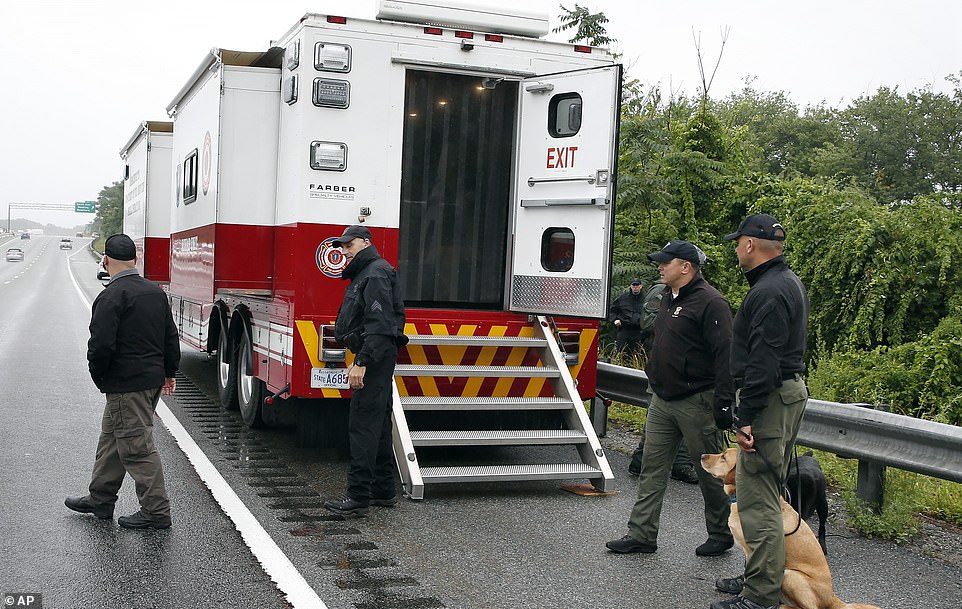 However, Massachusetts State Police claimed the men did not have driver’s licenses or gun licenses when they were approached by the officer early Saturday morning. Both of those are a violation of Massachusetts state law, even if the group was simply passing through and had no plans to stop.

Wakefield and Reading are located just 15 miles from downtown Boston, but police said city residents were not under threat.

The FBI Boston Division also issued a statement saying they were ‘fully engaged’ with the situation and were standing by ready to offer assistance.

The I-95 remains closed as of 10.30am local time Saturday, but is expected to be reopened in the coming hours now that all the men are in custody.

No charges have yet been filed. 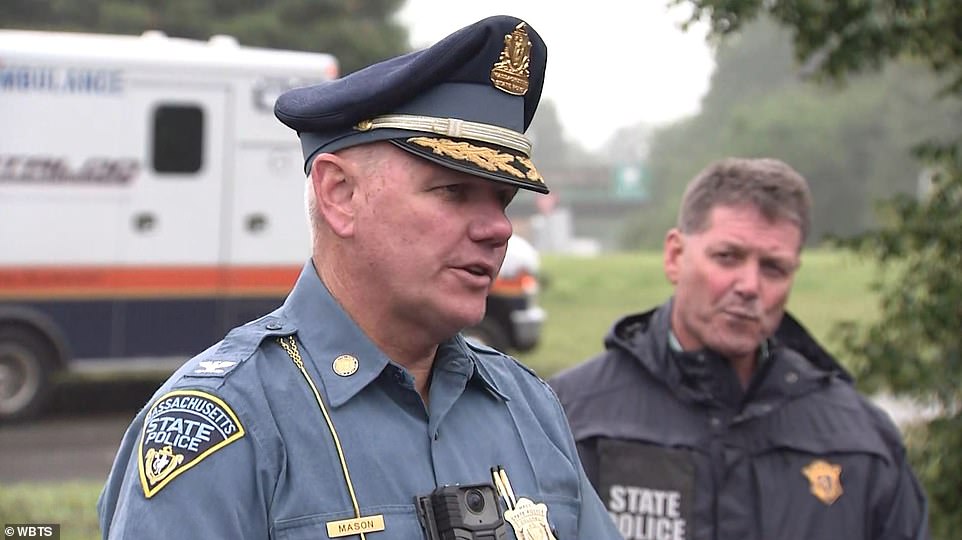 Covid-19 news: End of lockdown in England to be postponed