The head of MI5 has declared that the UK should “own” and tackle the problem of racism that often fuels far-right terrorism, as he praised the England football team for their conduct in the Euro tournament.

Director general Ken McCallum said it would be wrong to blame foreign troll farms for the torrent of online abuse such as that faced by black players after they missed penalties in last weekend’s final.

Speaking after his annual threat update, the intelligence chief compared England’s diverse team with his own MI5 agents, saying they were both “capable, brave young people of all races, giving their all for their country”

McCallum said that extreme right-wing terrorism was “sadly here to stay” and that it was often fuelled by “toxic racism”.

The MI5 chief spoke out as he urged tech giants to do more to tackle hateful online content and singled out WhatsApp boss Will Cathcart over the terror risks posed by the company’s use of end-to-end encryption.

He also revealed that far-right extremism had “a high prevalence” of teenagers, some with an obsessive interest in weapons, and that his agents have investigated suspects as young as 13. 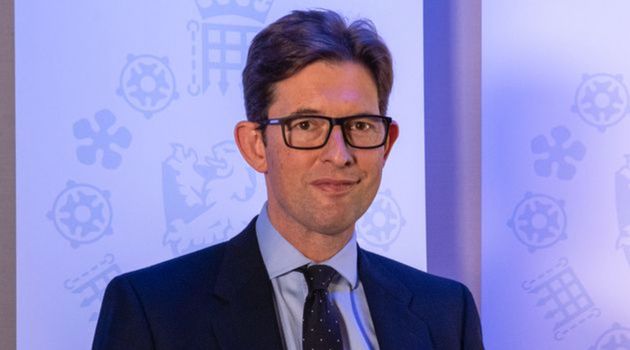 But McCallum said that while troll farms organised by countries like Russia did try to deepen divisions in UK society, “state-generated disinformation” was not “a major slice of the problem” of racist content.

“And I would also voice the thought…if we want to find ourselves overly looking to blame abroad for this phenomenon of racism, we might miss not owning a portion of a problem that is ours, within our own country.”

Asked whether troll farms had sought to exploit so-called “culture wars” within Britain, including the racism in the wake of the Euro 2020 final, the MI5 boss said he could not give a specific comment on the past few days’ events.

“But I suppose, there are a couple of things that may be worth saying in connection with this,” he went on.

“One is that racism is a toxic issue that MI5 confronts every day. Most physically in our work to deal with extreme right wing terror. Racism is not the sole and only fuel of that threat but it is strongly there.

“And so I’m proud of many of the people in MI5 today, working to deal with terrorist threats that is fuelled by toxic racism. Secondly, on the Euros, it’s worth saying that even for a Scotsman [like himself], there was a great deal to like in this England team.

“And without wishing to overstretch a parallel or push this point too far, as I watched the penalty shootout on Sunday night, I was very aware that I’ve got experience, MI5 has got experience of watching capable, brave young people of all races, giving their all for their country.

“And you don’t always win, but I admire the attempt. There was so much to admire in how that England team played and how they conducted themselves, that I earnestly cheered them on, except for the 90 minutes against Scotland.”

In his main speech, McCallum said that tech firms needed to do more to help tackle extremism and terrorism.

He said that Facebook and WhatsApp’s plans for greater end-to-end encryption would leave the UK “drifting towards danger”.

“The CEO of WhatsApp, Will Cathcart, recently branded government objections to end-to-end encryption as ‘Orwellian’, akin to demands that video cameras be installed in every living room.”

McCallum said that was a “mischaracterisation” and instead he wanted a system where MI5 could get a legal warrant, approved by a minister and an independent judge, to request relevant content.

He also said the threat of right-wing extremism has “grown and morphed quite substantially over the last five to 10 years”.

MI5 took over the lead responsibility for countering extreme right-wing terrorism just over a year ago.

Of 29 late-stage attack plots disrupted over the last four years, 10 have been extreme right-wing.

In a speech from the security agency’s Thames House headquarters in London on Wednesday, Mr McCallum said: “We are progressively finding more indicators of potential threat.

“Extreme right-wing terrorism is sadly here to stay, as a substantial additional risk for MI5 to manage”.

He later told reporters there are cases of “teenagers presenting potential terrorist risk to their community”, adding: “The case that I’m currently aware of, of the youngest person who has featured within our investigations, was a young individual who was 13 years old.

Why the Mexico City Metro Collapsed