Mission: Impossible 7 Shuts Down Production Due To Positive Covid-19 Result


Production on the upcoming Mission: Impossible sequel has been shut down after a member of the crew tested positive for Covid-19.

Until recently, Mission: Impossible 7 had been filming in the UK, but this has been put on pause for the next two weeks to allow “those involved” to self-isolate.

In a statement to The Hollywood Reporter, a production spokesperson said: “We have temporarily halted production on Mission: Impossible 7 until 14 June, due to positive coronavirus test results during routine testing.

“We are following all safety protocols and will continue to monitor the situation.”

Tom Cruise and Hayley Atwell on the set of Mission: Impossible 7 in Levisham earlier this year 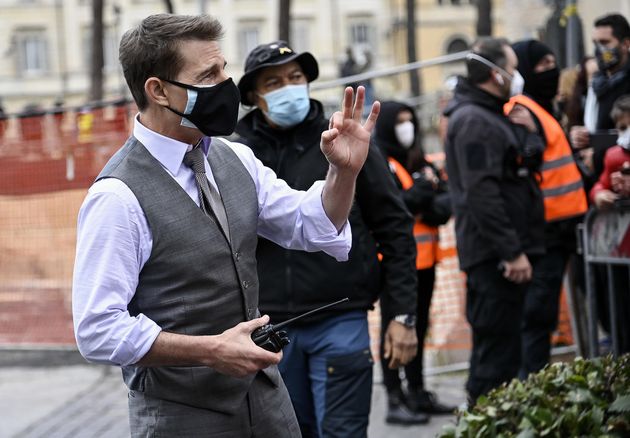 In the clip, Tom was heard shouting: ““They’re back there in Hollywood making movies right now because of us. Because they believe in us and what we’re doing.

“I’m on the phone with every fucking studio at night, insurance companies, producers and they’re looking at us and using us to make their movies. We are creating thousands of jobs, you motherfuckers. I don’t ever want to see it again. Ever!”

Speaking to Empire magazine about the footage, Tom later explained: “I said what I said… There was a lot at stake at that point.”

He added that he wasn’t addressing the entire crew in the leaked audio, “just select people”.

5 Mistakes for New Trainers to Avoid

Floerns 2-Piece Summer Set Is the Definition of Comfy-Chic

Rodney James Alcala, 77, had been on the state's death row since being condemned in 2010...