Mötley Crüe bassist Nikki Sixx is celebrating his 20th anniversary of being sober.

“Some people will try and kick you in the nuts, steal your money, stab you in the back, guaranteed to let you down, sabotage yer life, not believe in you and gossip that you’ll never make a day without drugs or alcohol. And do you know what you’re gonna do? YOU’RE GONNA STAY SOBER ONE DAY AT A TIME. You are the miracle, the one that breaks the addiction chain, the one who is a living amens. The one who has altered your family history. You will live in gratitude for those that never thought you’d stay sober or make it out alive BECAUSE THEY MADE YOU STRONGER and you know how to forgive assholes. And when you see people who are still suffering / treading water or gasping for air, be sure to throw them a life vest. Because we give back now to those that are still afflicted and hope they too pass it on.#SobrietyRocks #20Years”.

Mötley Crüe / Sixx:A.M. bassist Nikki Sixx will release his new memoir, The First 21: How I Became Nikki Sixx, on October 19 via Hachette Books.

Nikki Sixx is one of the most respected, recognizable, and entrepreneurial icons in the music industry. As the founder of Mötley Crüe who is now in his twentieth year of sobriety, Sixx is incredibly passionate about his craft and wonderfully open about his life in rock and roll, and as a person of the world. Born Franklin Carlton Feranna on December 11, 1958, young Frankie was abandoned by his father and partly raised by his mother, a woman who was ahead of her time in some ways and deeply troubled in others. Frankie ended up living with his grandparents, bouncing from farm to farm and state to state. He was an all-American kid – hunting, fishing, chasing girls, and playing football—but underneath it all, there was a burning desire for more, and that more was music. He eventually took a Greyhound bound for Hollywood.

In Los Angeles, Frank lived with his aunt and his uncle – the president of Capitol Records. But there was no short path to the top. He was soon on his own. There were dead-end jobs: dipping circuit boards, clerking at liquor and record stores, selling used light bulbs, and hustling to survive. But at night, Frank honed his craft, joining Sister, a band formed by fellow hard-rock veteran Blackie Lawless, and formed a group of his own: London, the precursor of Mötley Crüe. Turning down an offer to join Randy Rhoads’ band, Frank changed his name to Nikki London, Nikki Nine, and, finally, Nikki Sixx. Like Huck Finn with a stolen guitar, he had a vision: a group that combined punk, glam, and hard rock into the biggest, most theatrical and irresistible package the world had ever seen. With hard work, passion, and some luck, the vision manifested in reality – and this is a profound true story finding identity, of how Frank Feranna became Nikki Sixx. And it’s a road map to the ways you can overcome anything, and achieve all of your goals, if only you put your mind to it. 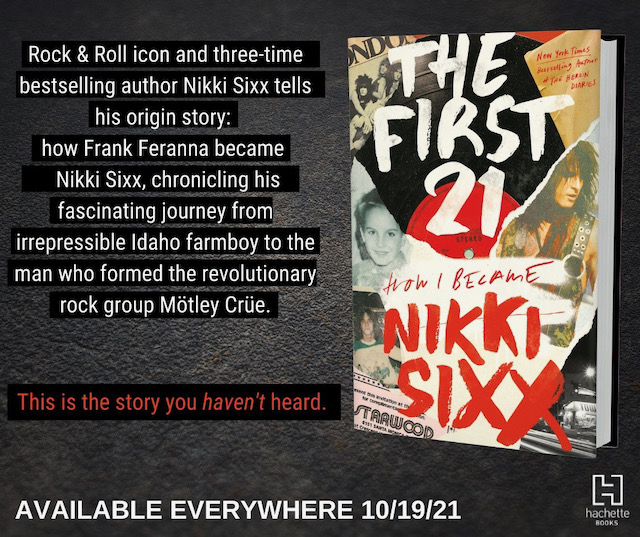 Craziest Reality TV Shows You Should Be Watching Right Now!

'Time Cells' Identified in Our Brains Encode The Flow of Time, Scientists Say

Aphelion Day 2021: Earth is farthest from the sun today!

Sydney lockdown to be extended by four weeks

Representative Alexandria Ocasio-Cortez (AOC) said she’d like to “abolish” the carceral system in the United States,...

Wildfires scorch Spain and cause ‘disaster without precedence’ in Sardinia

U.S. to speed up asylum processing at border while fast-tracking deportations By Reuters