Ora Violet Have You Met Me Video Premiere 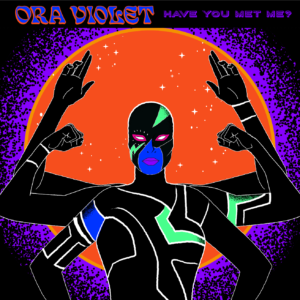 Ora Violet – Have You Met Me

Louder Than War is proud to present the premiere for the video for Ora Violet’s latest single, Have You Met Me. A breathless assault on the senses that leaves you gasping for more.

The frantic discombobulating video, directed by Pablo Chiereghin and Viktor Schaider reflects the incessant squally urgency of the guitars. A brief respite to take a breath, literally and metaphorically, before the juggernaut of crunching sonorous noise continues apace. To top things off, the laidback louche Iggy-like vocals seemingly sneer at anyone who wants to take them on.

The story? Seemingly an internal battle with the self, but the desperate character isn’t going go down without a fight, as reflected in the lyrics. Almost as soon as it starts, it is over and the protagonist and antagonist are unmasked… or are they?

“Ora Violet are multi instrumentalist production duo Black Tiles and guitarist Nick Ferman. they are joined on Have You Met Me by vocalist Jeet Mulkerj and Adam Liston on bass.”

All words by Neil Hodge. More writing by Neil on Louder Than War can be found at his author’s archive. You can also find Neil online at his blog thegingerquiff.

LOST IN GREY - Under The Surface Track-By-Track Trailer Available: Part 1

The Best Muscle Massage Guns You Can Buy In 2021