People reveal how they made the most of VERY bad situations


Making the best of what you’ve got! Hilarious snaps capture people who won’t let anything dampen their plans – from a man lighting up a cigarette with an iron to using a COW as a projector screen

By Claire Toureille For Mailonline

Sometimes in life, things just don’t go your way – but these optimistic people decided to make the most of it anyway.

From Africa to North America, the people in these amusing snaps, collated in an online gallery by Bored Panda, took what was a very bad situation and turned it around.

In one snap, a group of men who wanted to watch a movie but didn’t have a wall decided to get creative and use a cow as the backdrop for their projector.

Elsewhere, another man whose town had flooded saw it as the perfect opportunity to take his inflatable paddle boat for a ride.

These pictures show people who decided to make the most of a very bad situation. Pictured: A man, from an unknown location, using an iron to light his cigarette after his lighter gave up 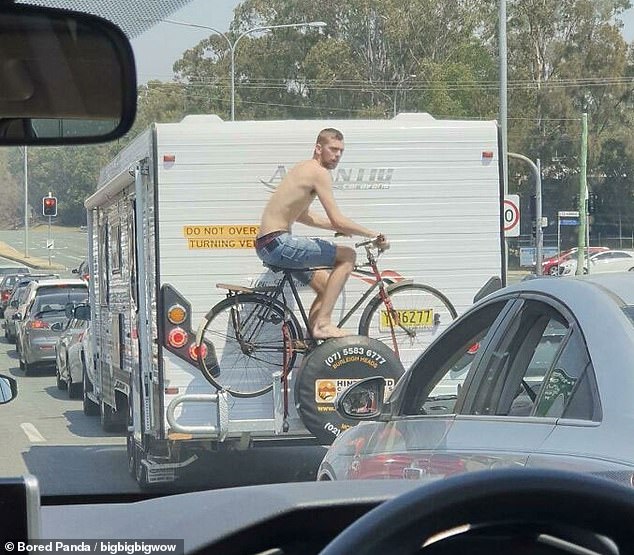 In the UK, one man took advantage of the vacant bike that was being transported on the back of a camper van 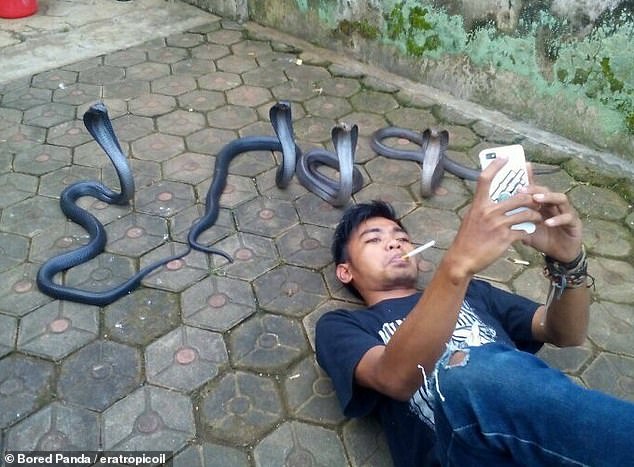 Don’t try this at home! Instead of panicking, this man, from an unknown location, decided to take a selfie with the four snakes which had ambushed him 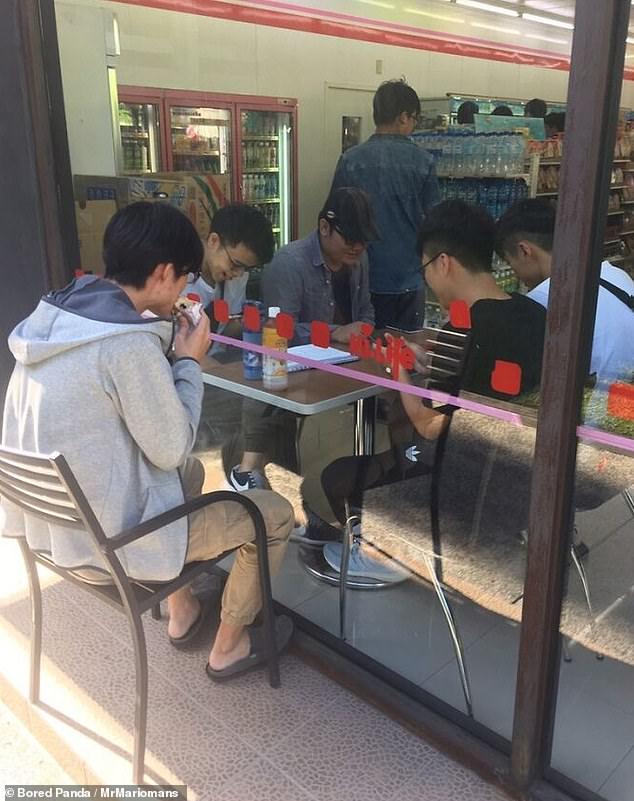 A man, from an unknown location, who couldn’t get into the restaurant to eat with his friends decided to pull up a chair next to the bay window so he could still be close to them 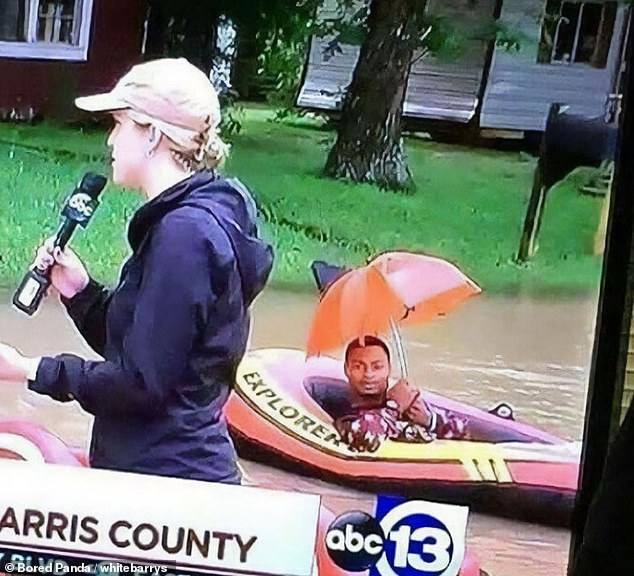 In the US, a man saw his town was flooded, so decided to take his inflatable boat out for a spin 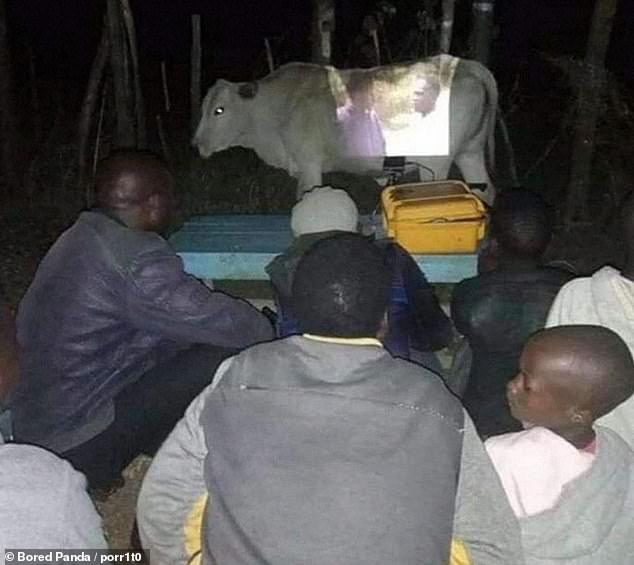 A group of men, from an unknown location, who wanted to watch a movie used a white cow as a backdrop for their projector instead of a wall 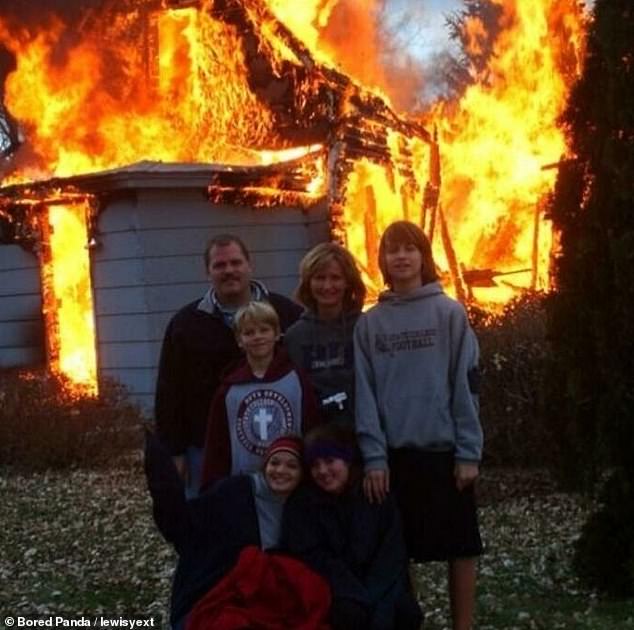 This family, from an unknown location, tried to remain positive and even took a picture in front of a house going up in flames. It was unclear whether the house was theirs 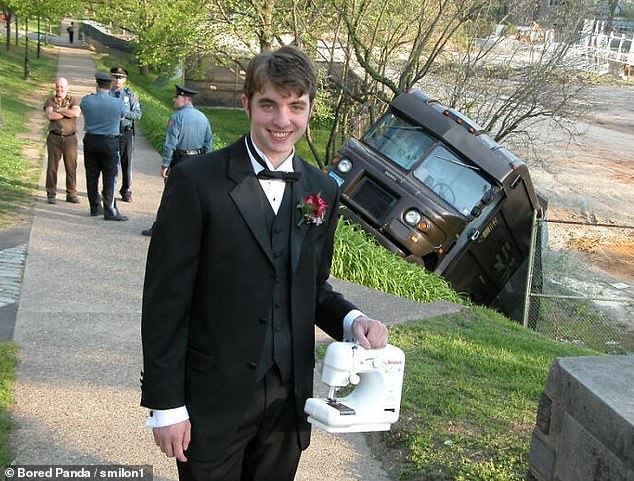 In a rather bizarre picture, a young man wearing a tuxedo, from an unknown location, decided to pose with a Singer sewing machine in front of a crashed van 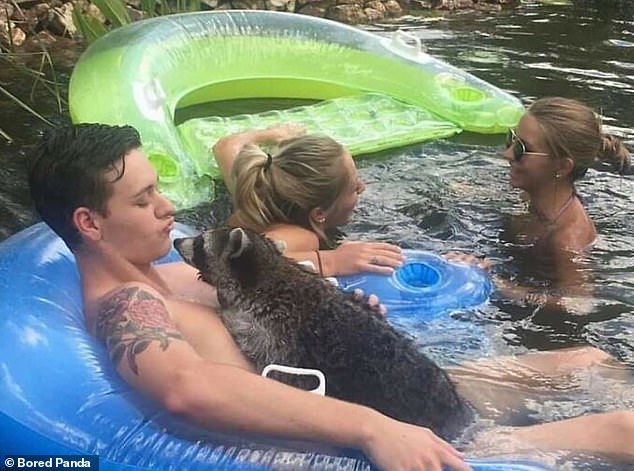 A man, from an unknown location, whose pool party was disturbed by a raccoon decided to befriend the animal and cuddle with it 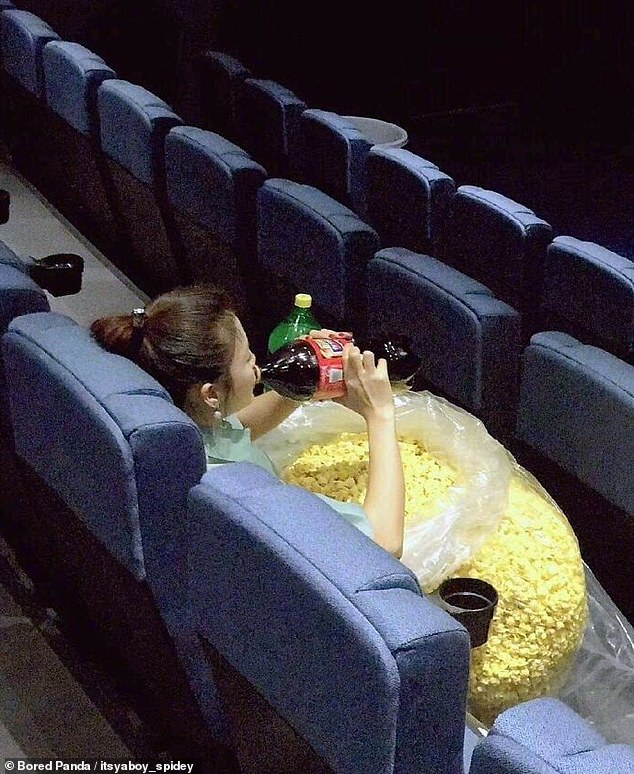 When she found out she was the only person in the theatre, this woman, from the US, decided to stock up on the popcorn

There's a Mystery Affecting Up to 30% of COVID Patients. Here's What We Know So Far

Five steps every business should take

Mary Trump: Ivanka Trump ‘Less Likely To Stay Loyal’ To Her Father Than His CFO

Thunderstorms bringing lightning and torrential rain to the south are set to continue until Monday, forecasters...