Vancouver’s Rebel Priest is well known in Western Canada for pumping out solid rock n roll tracks and putting on a deadly, old-school stage show. They have three full-length albums to date and to make sure people haven’t forgotten about them, have a four-track EP coming out this summer, Lost In Tokyo.

The first single off the EP is the title track; it’s a story about their first couple of nights in the Shinjuku district of Tokyo, Japan, which is famed for its entertainment including buzzing clubs and neon-lit karaoke bars. Consider this song your drunken guide to bars and places that the band has fond memories of.

They explain further: “This is your own personal guide to downtown Tokyo. This song will take you on a ride through Shinjuku on your way to Golden Gai, waking up in Shimokitazawa then taking the train to Shibuya and hanging with the strangers in Harajuku. This is based on a true story, though piecing the story together is a bit sloppy because it was over a few days. This is our love song to our favourite city in the world.”

Not only did Japan leave its mark on the band, but the boys left theirs as well. Every place mentioned in ”Lost In Tokyo” is an actual place that has Rebel Priest stuff on the walls, this was due to drummer Nate Pole and roadie Jerry “Pred S. Thompson” leaving the hotel the first night without any translator or ideas where they were going. To this day they don’t know how they got back or how people knew them in bars they had never been to.

Listen to “Lost In Tokyo” on Spotify, and watch a lyric video below. The EP releases on August 13 via Batcave Records. Pre-order links to be announced at a later date. 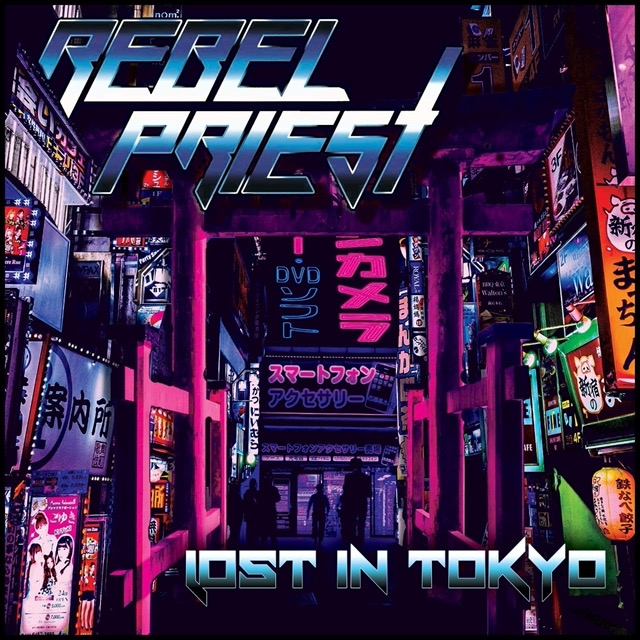 “When The Whip Comes Down” (Slash Puppet Cover)

Disgust Can Be Morally Valuable

Like Dina Asher-Smith, We Find Our Makeup Routines Therapeutic