Riley’s L.A. Guns bassist Kelly Nickels is featured in a new interview on the 80’s Glam Metal Podcast. He discusses the band’s recent release, Renegades, revisits the classic L.A. Guns albums he played on, and more.

On their new album Renegades

Kelly: “People didn’t know what to expect, we didn’t know what to expect either. We tried really hard to keep it a hard rockin’ band, true to who we were and what L.A. Guns was. Some songs have a raw, punky edge. The guys are all easy to work with, so that helped. Kurt Frohlich has a great voice, and it’s easy to listen to. Some singers have a love it or hate it voice. I think his voice has a wide appeal. He’s a super nice guy, he also plays guitar, he brings a lot to the table. Everybody brought in something when it comes to songwriting and then we collaborated on them together. Definitely a team effort. We haven’t played any of the new songs yet because of COVID. We have the Iowa State Fair and a show at Sturgis coming up, so we are look forward to it. I’m sure everybody is. For L.A. Guns songs in the set, we are sticking to the earlier stuff, stuff that Steve and I played on. We’ll mix in some of the new songs too. They are tailor made for Kurt’s voice and they’ll bring good energy to the set.”

Looking back at the classic L.A. Guns albums

Kelly: “It’s weird; they are all like their own time capsule. There’s time in between them all and you’re in a different place with each one. Your life changes. It’s hard to pinpoint a favorite. With Hollywood Vampires we had done pre-production for like 5 months and I had all my bass parts down. Then we got this producer, Michael Jackson. So he came in and changed all my parts. I don’t know if I was angry or not into it, but eventually I did it. It was good and ending up making a difference. If something like that happened earlier on, I’m not sure if I would have been as open minded. With Cocked & Loaded we had a little more studio experience. Hopefully your songwriting gets better with each one. I brought in ‘Ballad of Jayne’ that I wrote with Mick. I wrote about 90% of the lyrics for that along with the melody line. I added a lot of lyrics along the way. With our albums, it’s like a progression. They are all different and have different vibes. They’re like children.”

On why he left before the American Hardcore album

Kelly: “I felt like it was time to go. Phil (Lewis) had left and we were getting different singers in. I wasn’t really digging the direction it was going in. It was getting really heavy, like a Pantera style. I really don’t like that kind of singer. It was just time to go. I got a job doing graphic design work once I left and I’ve been doing that ever since.”

On his return to music

Kelly: “My daughter was 18 and going off to college. I got a call from Phil, wanting to see if I could help him out with a song. I didn’t really feel like there was a song there, and I asked if we could start a new one. I also asked if he thought it would be a good idea if I came back to the band. Since my daughter was going to college, I would have more time to do it. It didn’t work out, they didn’t want that. A few weeks later, I got a call from Steve (Riley) and he explained this whole project idea that was brought up by the guys who do M3. The other L.A. Guns didn’t want to play there. So they asked Steve to put a band together and play this show. He got Scotty Griffin and Scotty knew the singer, so it all came together. It was just going to be the one show, but then we got a record deal with Golden Robot Records, just based on that one show. Now we have some more gigs coming and we’re gonna keep it going.”

On whether all original L.A. Guns members could ever reunite

Kelly: “I feel like I already tried that. I talked to Phil, and he said in so many words that it wasn’t a good idea. I was ready go back, but they didn’t want me. Now there has been so many negative and hurtful things that have been said by them… I don’t think it could ever happen. It’s a shame, I get it. I’m a fan of a lot of bands and you want to see all the original guys together like when you first got into them….but some guys just ain’t cool!”

At the beginning of 2020, L.A. Guns vocalist Phil Lewis and guitarist Tracii Guns filed a lawsuit in California against their former drummer and bassist, Steve Riley and Kelly Nickels, who have also been performing and releasing music under the name L.A. Guns, citing unfair competition, unauthorized use of trademarked material, and false advertising.

In April 2021, the two sides came to terms over who owns the rights to the band name L.A. Guns, and issued the following statement:

“Plaintiffs Tracii Guns and Philip Lewis and defendants Stephen Riley, Kelly Nickels, Kurt Frolich, and Scott Griffin have agreed to settle the trademark litigation currently pending in the U.S. District Court in the Central District of California. Under the terms of the settlement agreement, the parties have agreed to dismiss the pending lawsuit. Mr. Guns and Mr. Lewis will continue to operate under the ‘L.A. Guns’ trademark, while Mr. Riley and his bandmates will now operate under the new name, ‘Riley’s L.A. Guns’ and a new logo. Both bands look forward to continuing to record and perform their new music, as well as continuing to include songs from the vintage L.A. Guns catalog for their fans. Both groups’ recordings will continue to appear together on Spotify and other digital music streaming services. –Attorneys Erik J. Foley and G. Warren Bleeker, counsel for Tracii Guns and Philip Lewis; and Attorney S. Martin Keleti, counsel for Stephen Riley, et al.”

In the wake of this settlement, Riley’s L.A. Guns unveiled their new logo the following day along with the message below:

“What’s up everybody? Here’s a quick update on the lawsuit regarding the name of the band. The case has been dismissed as we have agreed to add Steve’s last name to it. We are now Riley’s L.A. Guns. Everything else stays the same. Like we always said, we never came up with it, we never owned it outright, we just had a legal right to use it. We hope that this will end the confusion some of you had as to what’s what, and who’s who. In the meantime we are writing for a new record and looking forward to getting out there and playing for you all this summer…” 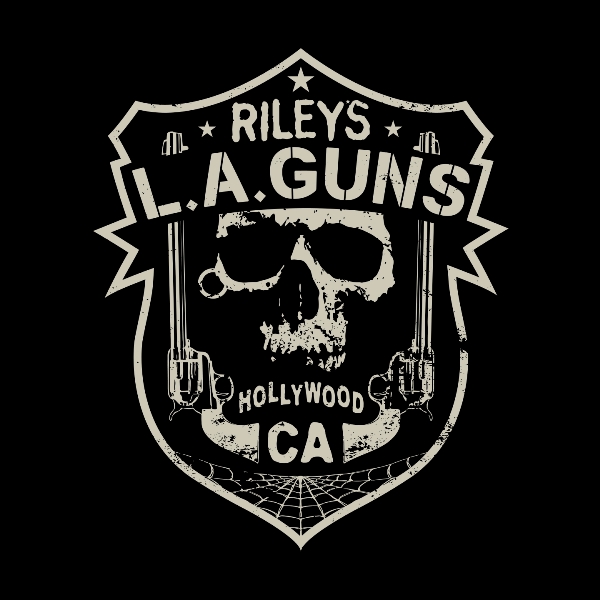 Steve Riley’s version of L.A. Guns – featuring Kelly Nickels on bass, Scotty Griffin on guitar and Kurt Frohlich on lead vocals and guitar – released their new album, Renegades, on November 13, 2020 via Golden Robot Records. As an intro to 2021 and to fire the machine back up, Riley’s L.A. Guns released the ballad “You Can’t Walk Away”, which has now developed a deep meaning in more ways than one. 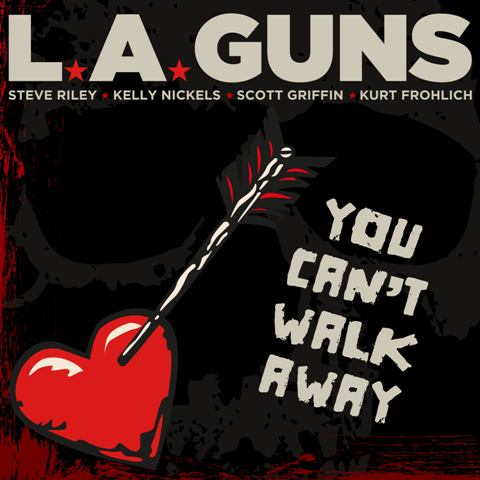 Steve Riley: “This is a song I wrote with a friend, Tommy Holland, over 35 years ago in Chicago. I brought it to pre-production for the Renegades album and the band finished it with a new chorus and some other minor changes. We are very proud of it and hope it follows in the footsteps of ‘Ballad of Jayne’.”

The single is now available via all streaming platforms.

“You Can’t Walk Away”

“All That You Are”

“You Can’t Walk Away”

Here’s which states are eliminating pandemic unemployment benefits, and when.

Debate of French-language protections in Quebec

A guide to lombard loans

People Are Phoning 911 About The Ear-Splitting Cicada Eruption

Summer Recipes That Always Work, Whether You’re Entertaining Or Not

US banks ramp up spending on talent and technology

Singapore’s GIC teams up with Fortress on £9.5bn Morrisons bid