In conjunction with the release of Every Twenty Years, an EP celebrating the twentieth anniversary of Saliva’s major label debut, Every Six Seconds, the group has released a short documentary detailing their 25-year journey.

“We felt like it would be cool to give the fans a little peek behind the curtain of the history of Saliva, so to speak,” says guitarist Wayne Swinny.

Adds drummer Paul Crosby, “Twenty years is a long time ago but I still remember it like it was yesterday. Making this documentary brought back memories of some really magical times.”

At just under 20 minutes, the killDevil Films-produced documentary encapsulates Saliva’s quarter century career, from forming in Memphis in 1996 to rising to fame with Every Six Seconds and the addition of vocalist Bobby Amaru after the departure of Josey Scott a decade ago. The film also includes an appearance by producer Bob Marlette, who recounts his work with Saliva on Every Six Seconds.

“My decade in the band has been a great chapter in my life,” Amaru says. “This documentary was something we wanted to do for the fans to have an inside look because without them, Saliva doesn’t exist. The Every Six Seconds record has carried this band for 20 years and more. That’s special!”

The Every Twenty Years EP, out May 7 via Megaforce Records, is made up of six re-recorded Saliva classics featuring vocalist Bobby Amaru. Pre-order here. 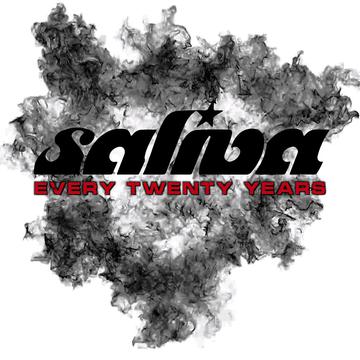 EXPLAINER: What was the outcome of the latest Gaza war?

Newlywed Kitty Spencer has told how being walked down the aisle by her brothers was the...