SENSES: Let Me In – single review


SENSES: Let Me In 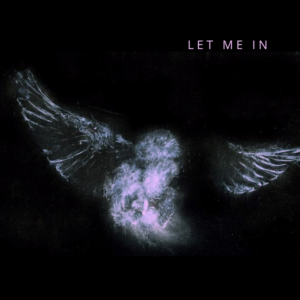 SENSES continue to stir the soul, blow the mind and tug at the heart with their string-drenched new single. Sam Lambeth reviews.

SENSES are finally getting to enjoy life in a band. Their previous single, Drifting, achieved critical acclaim across the board. it has helped to give the Coventry/Milan (yes, really) outfit fresh impetus after a number of career misses.

After falling victim to a Japanese record label wanting to turn their heartfelt rock into dance mixes, SENSES called it a day. But, several years and a global pandemic later, they’re unearthing the songs that got them signed in the first place. Smart move.

Let Me In is another masterclass in melody. Polished and primed, it has the contemplative call-to-arms of Embrace with the bittersweet beauty of a slightly rocker Travis. Indeed, Let Me In still packs a punch, and by the time it becomes slathered in a soaring string section, it recalls the pomp and majesty of prime Spiritualized.

Part of the magic has to be attributed to producer Gavin Monaghan. Honed at his fabled Magic Garden Studios, Monaghan’s midas touch propels Let Me In into a stately, superb slice of mid-paced majesty.

Each lyric is delivered with tender emotion and hope, the kind of power and sincerity that makes you realise this isn’t just a song about forgetting the keys to your house. This is a song of love and loss, two of the world’s mightiest and most devastating themes. But it’s these weighty issues that SENSES are well equipped to write about.

“Do I just deserve these empty sounds?” the band ask at one point. No one deserves that, especially when such emptiness can be filled with songs of this sublime standard.

All words by Sam Lambeth. Sam is a Birmingham-based journalist and musician. More of his work for Louder Than War is available on his archive. His music can be found on Spotify.

5 Sneaker Trends That Will Define Summer 2021

Crypto mining firm BIT Mining, which recently announced it would be expanding out of the Chinese...