“Got a lot of work done on the new book, LA Rats, a new creative endeavor I am about to embark on and seeing family. Finishing up new Sixx:A.M. with James (Michael – vocalist) and DJ (Ashba – guitarist) now and next time you see me I’ll be fly fishing on the Snake river …THIS is gonna be a great summer with so much opening up but I really look forward to the Stadium tour NEXT summer…Been a minute since I’ve been onstage……”

The currently untitled Sixx:A.M. album will be the band’s sixth studio effort, serving as the follow-up to Prayers For The Blessed Vol. 2, which was released in 2016.

The Stadium Tour, featuring Mötley Crüe, Def Leppard, Poison and Joan Jett & The Blackhearts, has been officially postponed until 2022.

A joint statement reads: “To all our loyal fans, we wanted to let you know that we learned today that the tour is getting moved to 2022. This is the only way to ensure that we can play ALL of the dates for ALL of you who have purchased tickets. We appreciate you hanging in there and can’t wait to get back on stage and bring The Stadium Tour to all of our fans. It is going to be one for the history books!” 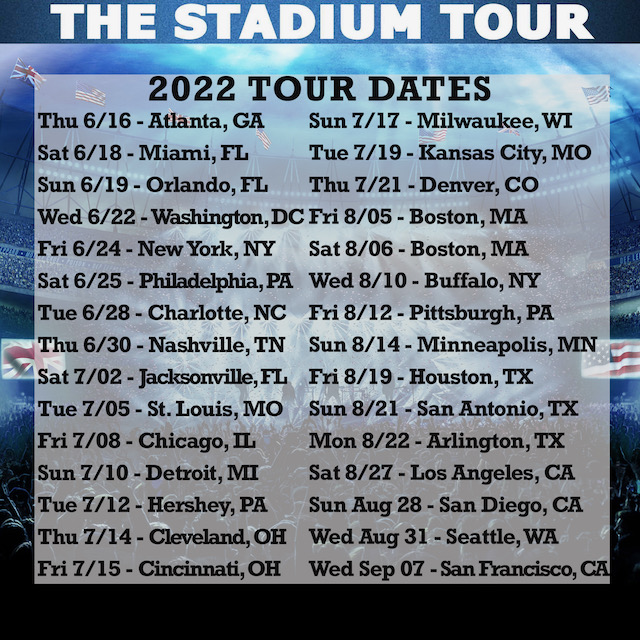 Could NASA Really Find Life on Venus? Here's The Most Likely Place to Look

Activscience Neck Cream Might Help Get Rid of Your Double Chin

Christian Porter spends more on social media than other MPs. Here's why

Live Updates From Israel as Vote on Ousting Netanyahu Nears

How Lin-Manuel Miranda and Friends Made an Old Bookstore New

Traveling for Business in Sydney? The Top 4 Legal Advice