SUBWAY TO SALLY Release Live Video For LORD OF THE LOST Song “Drag Me To Hell“ Feat. CHRIS HARMS


Subway To Sally demonstrate their exceptional live presence once more, carving a unique stage experience in stone with their new BluRay/DVD/CD release, Eisheilige Nacht – Back To Lindenpark, out now.

In an intimate setting, the Potsdam based unit drops a colorful bunch of songs taken off their multifaceted discography and invites its listeners to be part of an exciting adventure, offering some great surprises and performances never heard or seen – till now! One of those highlights embodies the new live-video for the Lord Of The Lost hit “Drag Me To Hell“, originally cut from their full-length Empyrean (2016), in which Subway To Sally are accompanied by Chris Harms.

Subway To Sally on the exceptional performance: “With Lord Of The Lost and especially their frontman Chris Harms, we share a long and extremely productive musician friendship. This has mainly mutual admiration and respect as its origin, because we have been watching Chris very closely for a long time and are happy that he always knows how to surprise us with great music and great productions, even outside his band. The song ‘Drag Me To Hell’ was Chris’ personal wish and we had a lot of fun rehearsing it and celebrating it with Chris – due to Corona quarantine from afar – at the EHNO! A number that pushes incredibly and, you may not believe it, fits extremely well for Subway To Sally. Somehow we have a feeling that this will not be the last coop with our friend from Hamburg.“

Watch the official live video for “Drag Me To Hell” (feat. Chris Harms):

Subway To Sally on Eisheilige Nacht – Back To Lindenpark: “After 11 years of our “Eisheilige Nacht-tradition”, we definitely did not want that 2020 will be seen as a red “X” in the history of our festival series. So we thought about how we could provide our fans with the Eisheilige Nacht feeling at their homes, when we weren’t allowed to tour ourselves. An online concert wasn’t enough for us: Eisheilige Nacht is not only about meeting friends, but also being a highlight of the year – with several befriended bands performing live on stage. We wanted to implement all of this in one experience. We wanted to record this very special event where the Eisheilige Nacht originally began. Instead of playing a concert in an empty hall, we used the size of the hall, lined up in a circle and placed our guest musicians into our midst. This created new insights that have never been seen before in any Subway To Sally concert film! We are very pleased that we can now, as requested by countless fans, record this event for eternity as a special concert film!” 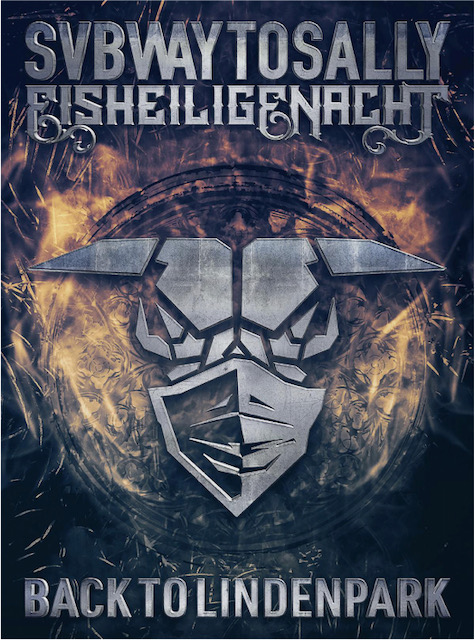 “Drag Me to Hell”

“Alles was das Herz will”

Subway To Sally are:

Opinion | Juneteenth Reminds Us Just How Far We Have to Go

How Do Constantly Swimming Sharks Ever Rest? Scientists Just Figured It Out