German/Celtic death metallers, Suidakra, recently finished working on their new album, Wolfbite, which is set for release on June 25 via MDD Records. They have released a lyric video for the song “Resurgence”. Check it out below.

Suidakra recently checked in with the following update:

“Wolfbite pre-order starts today. We’ve promised you that we will start the pre-order of our album #14 this weekend. Guess what? Here comes the link to a very strong limited mega bundle package including our own red-wine here. To all of you that live outside the EU and don’t like red-wine, we also have a cool package for you here.” 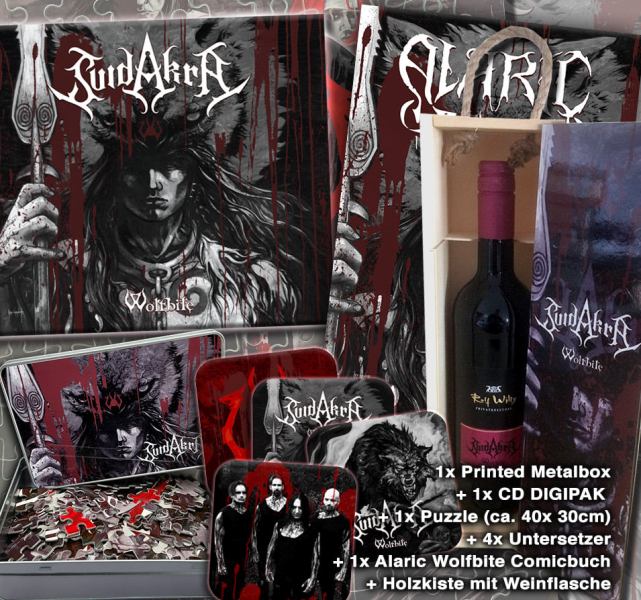 After more than 25 years of history and more than 13 studio albums as well as worldwide tours, can a band reinvent itself or even release the unexpected? Well, Suidakra may not reinvent themselves completely in 2021, but on their new album Wolfbite they create a mixture of all their past musical work and a fresh breeze, which gives the impression that the band has risen from a fountain of youth.

Wolfbite is bursting with power, uncompromisingness and joy of playing. The collaboration with Aljoscha Sieg (Eskimo Callboy, Vitja, Gestört aber GeiL), which is certainly untypical for die-hard fans, results in a breathtaking, lively sound, which from the very first note makes any scepticism about whether Suidakra still sound like Suidakra in 2021 evaporate. With the proven concept story from the Realms Of Odoric cosmos, lyrically and visually realised by Kris Verwimp, of course, Suidakra 2.0 presents itself in a form that even old fans probably wouldn’t have dreamed of.

“A Life In Chains”

“A Shrine For The Ages”

Why China is reining in the renminbi

A Modern Man’s Guide To A Timeless Look

Even Faceless Financial Trust Wants Out of Britney Spears’ Conservatorship

NW Metalworx Music will release Building An Empire: The Story of Queensrÿche, this coming October.  After...