by Digital News Hour
in Lifestyle
0


Another year, another flurry of limited releases and watches explicitly pandering to dedicated collectors. Which in turn means another round-up of the pieces you might want to consider investing all those hard-earned dollars you didn’t spend on holidays this year in.

Once again, we have to explicitly say that these are by no means guaranteed investments. You could lose everything you put into them. We don’t think you will, of course, but therein lies the problem: all these picks are subjective and we cannot predict the future. Yet.

That all said, even if you don’t make enough of a return to retire on, at least you’ll have an incredibly cool watch to lord over other collectors. And to make sure we’re not being elitist, there are a couple of accessible options in here too.

Every word in the name of this watch is enough to get an AP lover perhaps a little too excited. The “Jumbo” is the successor to the original Royal Oak of the 1970s – the one that put AP, watch designer Gerald Genta and anyone loosely involved with it on the map. In this latest version its industrial-look, 39mm case and incredibly svelte movement are joined by a stunning green dial that forgoes the collection’s signature Grand Tappesserie – the grid-like dial engraving – for a smoked effect.

Despite its slim figure, it’s still a hefty chunk of platinum and while a steel version would make for a serious killer piece, it’s nonetheless a serious investment piece. If you can get hold of one. The 5711 / 1A is what you think of when you imagine Patek Philippe’s super-sought-after dose of sports luxe prestige. It’s the original steel version and one that is heading out of production. What’ll it be replaced by? Who knows? For now though, it’s going out with one last hurrah – complete with, yes, a green dial.

Rather than your usual emerald or forest colour though, Patek have opted for olive, skewing sportier than luxurious. If you can get one, you’ll be able to flip it for serious money on the spot. God only knows what it’ll climb to in a few years. Tudor’s more recent release, the Black Bay ceramic, proves the watchmaker is doing some seriously impressive things behind the scenes with its Master Chronometer movement (a bit of a middle finger to Omega), but this slightly earlier release from Watches & Wonders is still the one to look out for.

Silver’s an unusual material in the watch world. It’s precious and still has the anti-corrosion properties that make gold practical in some circumstances, but just isn’t flashy enough for most people. Paired with a lovely taupe dial that almost perfectly matches the metal, as well as an accessible price tag, and you have a fantastic entry-level investment. The case could be argued that the 1980s-slanted Chronomats would make for the best investment piece due to their throwback vibes and painfully cool bracelet, but we don’t see them going anywhere any time soon – and we all know that scarcity breeds value. We can’t imagine many people opting for the pistachio-dialled Breitling Premier Heritage chronograph either.

As a watch it’s a nice slice of the watchmaker’s esteemed heritage in building chronographs, focusing outside of their usual aviation lanes. We can’t imagine the colour will remain in the collection for all that long, but in a few years’ time we’ll all remember it. That makes for a good collectors timepiece. 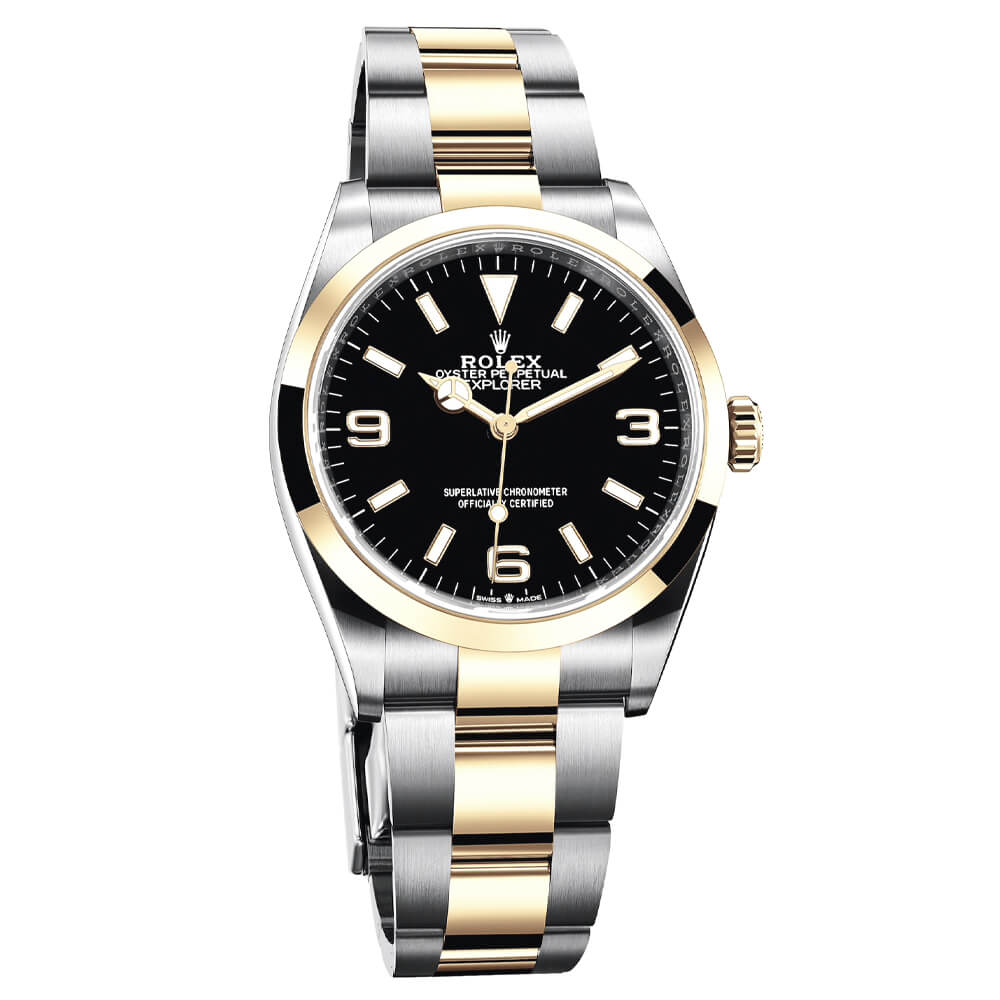 This one is a bit divisive. Other than die-hard fanboys, not a huge number of collectors were enamoured by the big Rolex release of 2021, especially when the 50th anniversary of the Explorer II went by with a vague redesign and little fanfare. A downsized, bi-colour Explorer was not what they expected or wanted.

Which is why it’s probably a good bet. Any Rolex is a good bet, truth be told, but something this memorable, specific and just a little bit odd should, given a few years, mature nicely. After all, tropical dials were once a defect. It’s still better to get a Daytona, Hulk or Pepsi Cola of course but failing that, this could make for a much more accessible, attainable Rolex investment. Cartier as a brand are on the up. They’re doing better in auction now than they have been in years, buoyed by rare Tanks and weird pieces like the Crash, meaning now would be a good time to get in there yourself. You can do that pretty cheaply now with the brand’s new (by new we mean revived from the 1980s) quartz Tank Must models, or with a bit more investment with the absurdly beautiful Tank Louis Cartier.

The latter is a stunner. Available in red or blue, the former is of course Cartier’s signature colour and with the rose gold case makes for an eye-catching piece of Art Deco cool. It’s a lot more expensive than the uber cool monochrome Musts, but mechanical will always hold its value for collectors more than quartz. 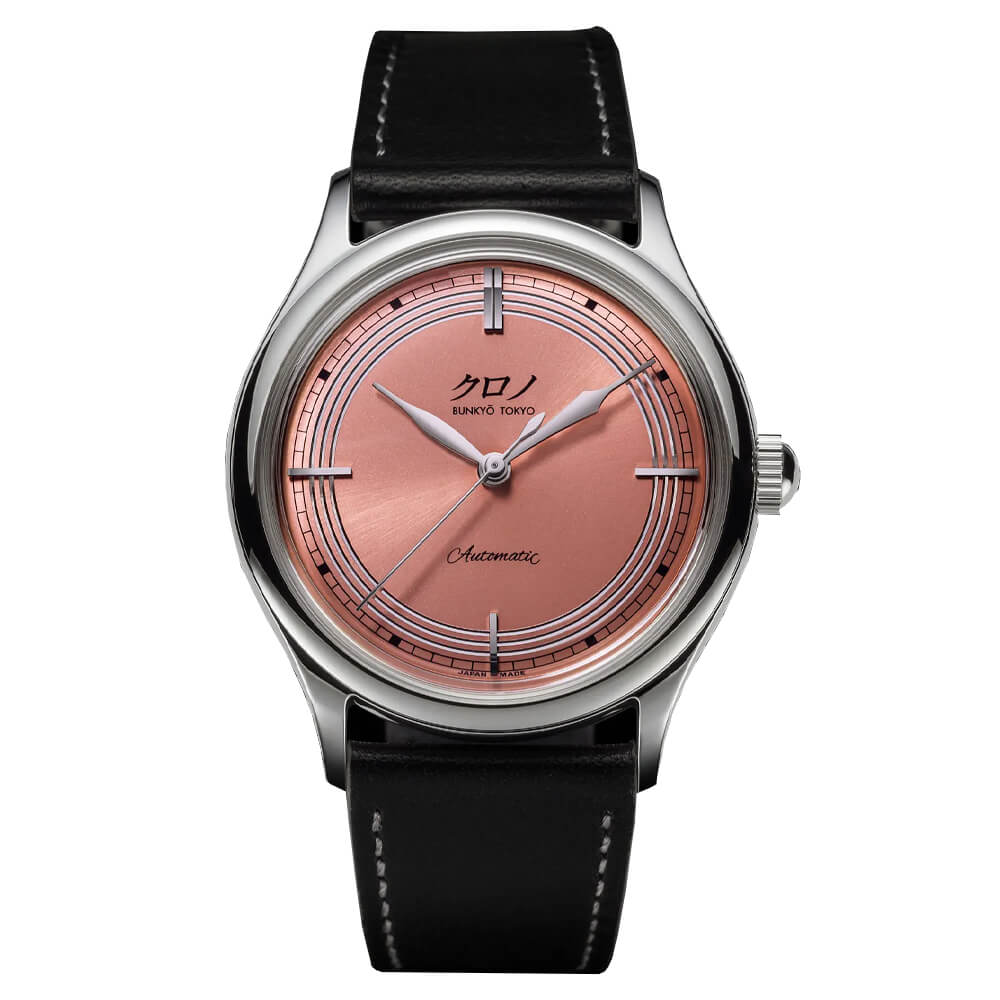 One of the few microbrands that’s worthy of this list, Kurono Tokyo is the more accessible offering from Japanese horological maestro Hajime Asaoka and are possibly our favourite watchmaker right now. This piece is celebrating the brand’s 2nd birthday, which goes some way to explaining why you’ve probably not heard of them, and is a distinctly Japanese take on a classic salmon-dialled timepiece.

The only downside from a collectors’ point of view is that it’s equipped with a Miyota movement. If that doesn’t put you off though, this could well be a dark horse from a brand that deserves recognition and won’t break the bank in the process.

Speaking of Japanese brands, Grand Seiko are ever on the ascendency and this year have been showing off a non-stop hail of limited-edition releases to tie in with their 60th anniversary and the 140th anniversary of Seiko proper.

This beautiful number takes what made their Snowflake so famous – i.e. the unsurpassed, nature-inspired dial – and ups the ante, switching from icy cold to a near realistic rendering of silver birch bark.

Otherwise, it has the knife-edge precise finishing the Japanese watchmaker is legendary for, Zaratsu polishing and all, complete with the superb GS Hi-Beat 36,000 movement. Better than the Snowflake? We think so. 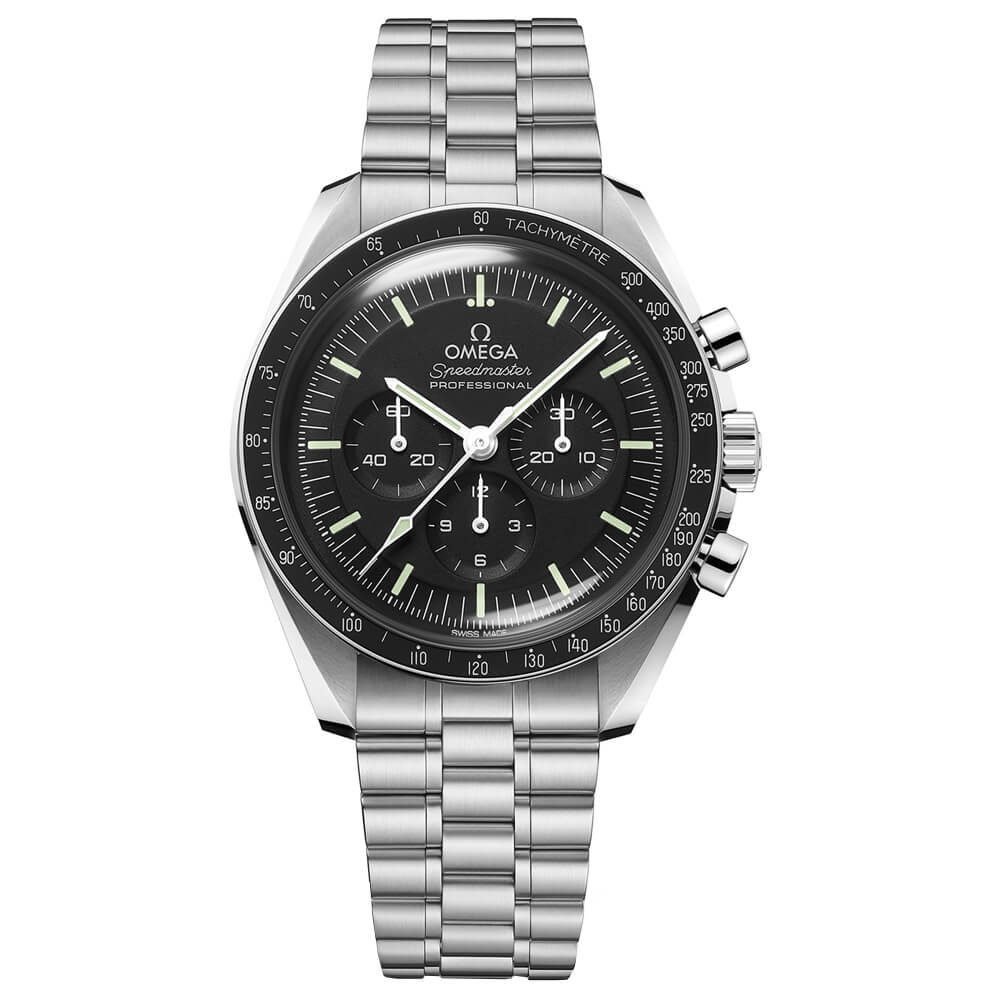 Earlier in the year Omega made a splash with an overhaul of their most iconic watch (at least outside of spy circles): the first watch on the moon itself, the Speedmaster Professional. It was about time for an overhaul and with a few nods to vintage pieces – specifically on the bezel – and overall a more old-school, Cold War-era look, they hit the nail on the head.

The Speedmaster always holds value well and has done for decades, and rather than opt for one of the (too many) limited editions Omega is releasing, the most basic is the best. That means hesalite crystal over sapphire, which was on the original lunar pieces, and the new, suavely redesigned bracelet. Every serious collector should have a speedy and this is as safe a bet as any. More so than most. If you have £11,000 spare we’d be very tempted to spend it on this. The No Rad was a very niche, very short-run version of the Fifty Fathoms, back when watchmakers and wearers started to realise that a) watch lume was radioactive, and b) radiation was probably bad.

When they were building watches for the German Bundeswehr in the 1960s, Blancpain went all-out to reassure the military of their safety by stripping all radioactive material from the watch and adding the bright orange and red no rad logo at 6 o’clock.

This is a not-quite-faithful tribute to that grail diving watch and combines that very specific historical touch with a modern movement and overall contemporary reinterpretation. A cool story, a cool watch and a cool investment once all 500 have been sold. If they haven’t been already.

Are You in a Karmic Relationship? Here are 8 Sure Signs You are in One

Men’s Wardrobe Basics That You Should Spend Good Money On

Second Dresses for Bridesmaids Is the Next Wedding Trend