Two more celebrities have been eliminated from The Masked Dancer in the first double exit of the new series.

In Thursday night’s show, it was revealed that Beagle had received the fewest votes from the show’s at-home audience, and was immediately shown the door.

While the judges’ guesses about the canine’s identity included Gary Lineker and Gareth Southgate, the panel was actually way off – as revealed when Olympian and Dancing On Ice judge Christopher Dean was unmasked.

He explained to the panel that he had said yes to The Masked Dancer to try something new, but later told ITV that he’d found performing in a mask “claustrophobic with very limited vision”.

Christopher Dean managed to slip under the radar

The eliminations weren’t done there, though, with the judges then having to choose whether to send Zip or Llama home.

Ultimately, Zip was spared, with Llama being unmasked as Radio 2 presenter Zoe Ball. 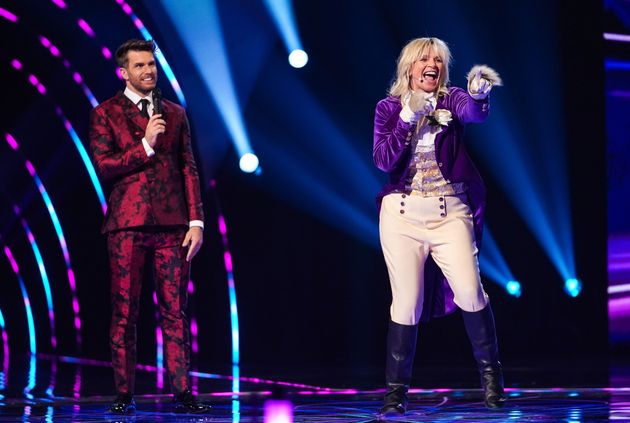 Zoe said she’d had a ball on the “bonkers” show, confessing to having a crush on Carwash and urging her famous friends to take part in The Masked Dancer as she’d had so much fun.

Asked what made her want to sign up for The Masked Dancer, Zoe revealed: “I wanted to surprise my daughter, Nelly, my nieces and nephews and radio listeners who all LOVED Masked Singer.” 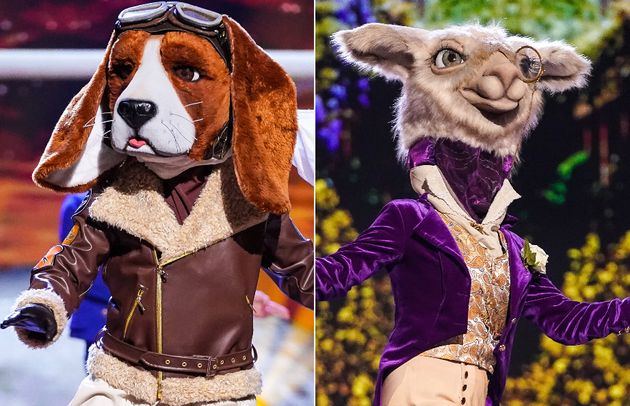 Beagle and Llama were unmasked in Thursday night’s episode

Mark Wright on business cliffhangers and looks back over surprising 2020