THERION – ProgPower 2011 Show Available As A Live Album For The First Time: “Blood, Memory Loss And Staples Into The Skull”


Therion mastermind Christofer Johnsson has shared a new story and a special announcement with the fans via social media. Check it out below.

“After trying out touring in the US two times 2005 and 2007, I decided to abandon the idea of touring there. But the ProgPower festival decided to change that and brought us back for their festival 2011. The show would be recorded, so besides being the only US concert for 4 years (and still the only one we did the last 14 years) there was a lot of pressure. But it would turn out to be something else that made that day the most stressful day ever for the band.

Some background on the main character in this plot; Christian Vidal. As a child he managed to both fall down from a roof and get hit by a bus and survive. —> Remember that when you read the end of the story. He can also break almost anything and as an internal joke in the band, he sometimes goes under the nick name ‘Clouseau’ (from the Peter Sellers movie character, Inspector Clouseau). Are you working for a company developing a new product? Want to know if it’s endurable enough to be sold to the public? Lend a demo copy of it to Christian Vidal for a month. If it’s not returned broken, you have managed to develop a military grade endurance for your gadget. I think only Gibson guitars and Fractal Audio managed to make music equipment surviving the Clouseau-test.

Back to the story…

Because we were headlining the festival and it’s a rather small indoor event, we were going to have a soundcheck (you never get that on festivals normally). Going to stage, Christian thought there were too many people blocking the stairs up to the stage, so he had one of his Clouseau-inspired ideas and thought it would be a great idea saving him some time by climbing on the PA (!) to get up on stage. And of course he fell headlong and hit his head really badly on the stairs close by. I didn’t see the actual fall, but some 30 seconds later I had Christian coming to me saying with a slow voice, ‘Chris… I think I hurt myself.’ His hand was covered in blood and his head was bleeding like hell from a 5 cm wound in his head. I tried not to panic and told him to sit down while I ran to get towels to stop the bleeding and tell the promoter to call an ambulance. Thankfully the promoter, Glenn Harveston, was a nurse and could give him proper first aid while waiting for the ambulance. We were all in shock and it didn’t get any better seeing Christian becoming more and more confused and disorientated. When you looked into his eyes, you could see there was nobody home. He knew who he was and who we were, but he didn’t know where he was (not even what country) or why he was there.

As Lori is an American and knows the system, she was going with him to the hospital. We kept in contact and we got to know that he was diagnosed suffering from a severe concussion with partial memory loss. But was unlikely to be suffering any consisting detriments. I made a big sigh of relief, realising how bad this could have ended if he would have fallen worse. I could have lost a friend and bandmate that day and also been the one who would had to call his pregnant girlfriend bringing that devastating news.

So we started to go over the setlist and see what songs we could do with only me on guitar, trying to save the day as much as possible.

The hours went by and after 4 hours Lori called again. No big improvements and his skull was still open. We decided she would go back to the venue and I’d take over at the hospital keeping him company. When I arrived, it felt he was a bit better compared to when he left in the ambulance at least, but there was still no one home behind those eyes. He didn’t remember what had happened to him. An hour later he all of a sudden said he started to remember. He knew where he was and how he fell from the PA. He almost instantly started to worry about the show and the DVD recording and talk about maybe being able to sit down and play some stuff, maybe even some full songs. I said we shouldn’t talk about that yet, as his head was still open.

I contacted a doctor who came to see him again and said it was a good sign he started to remember things and that he could leave the hospital after the wound being stitched. I asked several times when this could be done, but the hospital emergency was full of people and we were told to wait all the time.

After 3.5 hours I would have to start leaving to do the show and Christian said he wanted to come along – with or without stitches. He said he could maybe sit down on chair in a corner of the stage and play some parts needed to do the songs we couldn’t do without him. I thought that was a bit too wild so I did something I had never done before (and never did since) – I was trying to obtain an advantage because of being famous. I grabbed the doctor again and desperately explained our situation with the festival and Christian wanting to leave with his head still open. He told me to wait again and 20 min later we were taken into a room where a nurse would tighten the wound with her hands while the doctor took a stapler and sealed the wound! The second big shock of the day. Poor Christian was accepting his staples into the skull bone like a champ while my jaw was dropping to the floor. I know American hospital standards isn’t like in Europe, but this kind of solutions I thought was only used in emergencies without access to medical equipment. When we left, Christian was shocked too, but seemed pleased he got fixed somehow.

When we were about to leave, there was a lot of shouting in the waiting room. A black guy with an arm in band-aid was very upset and said he wanted to leave because he didn’t feel comfortable at this hospital anymore. Others were almost as angry. We soon understood this was about us cutting the waiting list and being treated before them, even though they had been there waiting longer. They thought it was because we were white and they were all black. I felt sympathy and wanted to explain we got some emergency treatment because of the special situation (and only got a quick fix staples instead of proper stitches), but it felt so hostile I didn’t dare to. I’d be punched in the face by someone for sure. So we sneaked out and took a taxi. In the car Christian said he wanted to try to play the set from the beginning and see how it goes and when it got too much he’d just sit down or leave stage if he felt too bad.

By the time we arrived at the venue it was only 20 minutes to stage time. The band was dressed, stressed from being unsure if we would make it there in time and just an hour earlier Christian was still lying in a hospital bed with an open wound. We arrived and put on stage clothes while the shocked band gazed upon a long row of metal staples rammed into Christian’s skull. There wasn’t even time to warm up, so it was totally surreal going from next to a hospital bed via skull stapling and an angry mob of injured people in a waiting room – to all of a sudden be on stage in front of a big crowd and have cameras on you. I remember thinking while playing the first riff of Sitra Ahra: ”Fuck, what do I do now??!?”. Before a festival you’d normally go over the songs while warming up and before a DVD recording you’d practise a lot, as the extra pressure and trying to play while looking cool in front of the cameras is often a sure path to make fuck ups on stage. But now I also realised I didn’t had any time to go over the songs and practise what to do if Vidal feels bad and has to sit down and stop playing or maybe leave stage in those songs we couldn’t do without him. Drummer Johan wasn’t known to be the most observant guy for these type of things, so I’d have to keep my radar on full alert and run to him quick as fuck to stop such a song from starting if any doubts. Don’t want to have a situation where a song start and then I will stand there like a moron trying to figure out some part I’ve never played before – in front of cameras on a festival stage.

But the songs went on and when I noticed Christian fucking NAILING the Kristian Niemann high speed shredding in the solo of ‘Voyage Of Gurdjieff’ without even looking at the guitar. I thought ‘I’ll be damned! He may actually pull this whole thing off!!!’ (you can even see that in my face on the DVD) and finally started to relax a bit.

After ‘Siren of the Woods’, which was the last song that would be have to be removed if Christian would have to go, I could start enjoying playing without any worries and even stopped looking at him in the corner of the eye all the time to see how he was holding up. And he nailed the whole fucking show. Just like that! With a bad concussion going on and with staples in his skull. With an open wound in his head not knowing what country he was in a few hours earlier!

That day Christian Vidal didn’t become my hero of the day. Or the year. He became my hero of that DECADE! There have been many examples of ‘The show must go on’ throughout the years. But this is in a class of its own. I guess the reason Christian is breaking everything must simply be because he is unbreakable himself.

This live concert is far from the best performance we ever did (there are plenty of mistakes and flaws). Besides Christian having his pain and his brain just being returned from space, everyone were still jet lagged and had been shaken up all day and were nervous and tense on stage. And then the cameras on top on everything. But if this is our bottom level of performance, I’d say there’s nothing to be ashamed of and to me this is just as important time document as the Anniversary show.

Other things of interest that makes this recording note worthy is multi-talented Thomas playing the flute in ‘Siren Of The Woods’ and ‘Lemuria’. And Lori playing the piano in some songs. There are also some songs we didn’t play live before there.

This show was released on the Adulruna Rediviva And Beyond DVD, but was never made available on audio disc. Today it’s being digitally released as a live album. If you want to hear how a Latin American warrior is showing everyone how it’s supposed to be done, you can listen to the show via Spotify, Apple Music or any other digital store.” 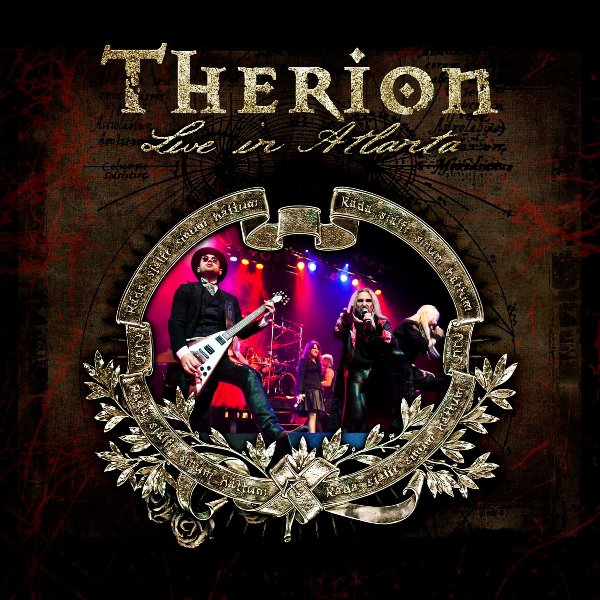 Making Love (Pomp, Melodrama & Dirty Rock and Roll) out of Nothing at all. A tribute to Jim Steinman

Gaza Men Sob and Wail Outside Hospital as Airstrikes Continue