Toddler, 2, is in a critical condition after being pulled from lake as teenager, 18, arrested


Toddler, 2, is in a critical condition after being pulled unresponsive from lake at a nature reserve as teenager, 18, is arrested

By Milly Vincent For Mailonline

A two-year-old boy is critically ill in hospital after his lifeless body was hauled from a lake at a nature reserve – as police say an 18-year-old man has been arrested.

The toddler was found unresponsive in the water at Swanwick Lake, near Fareham, Hampshire, yesterday evening.

Emergency services dashed to the scene after being called at 8.21pm and firefighters managed to pull the boy from the lake.

He was then rushed 12 miles by ambulance to Southampton General Hospital, Hampshire, where police today said he was in a ‘critical but stable condition’.

Hampshire Constabulary have arrested an 18-year-old man from Southampton, who is known to the boy and is understood to have been with him.

The force has appealed for witnesses to come forward and has launched an investigation into the incident. 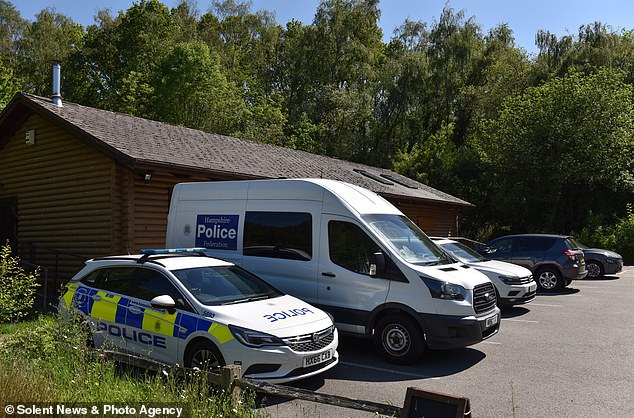 Hampshire Constabulary have arrested an 18-year-old man from Southampton, who is known to the boy and is understood to have been with him. Police vehicles pictured at the scene

A police spokesman said: ‘We are appealing for witnesses after a boy was found unresponsive in water at Swanwick Lake yesterday evening (Sunday 30 May).

‘Officers were called at 8.21pm and attended along with the ambulance service and fire service, who got the two-year-old boy out of the water.

The child was subsequently taken to Southampton General Hospital where he remains in a critical but stable condition.

‘We’re investigating the circumstances surrounding how the boy came to be in the water, and officers would like to hear from anyone who was in this area between 7.45pm and 8.30pm. 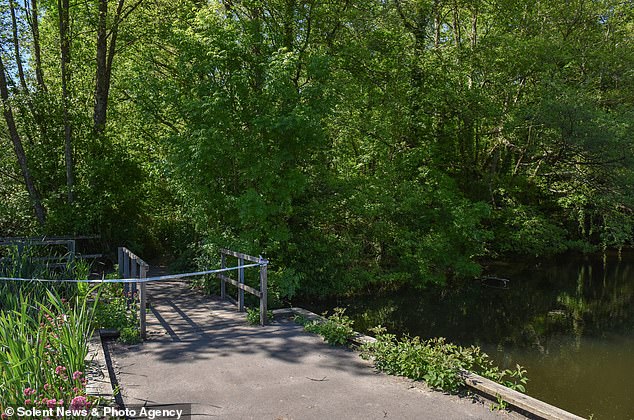 The toddler was found unresponsive in the water at Swanwick Lake (pictured), near Fareham, Hampshire, yesterday evening 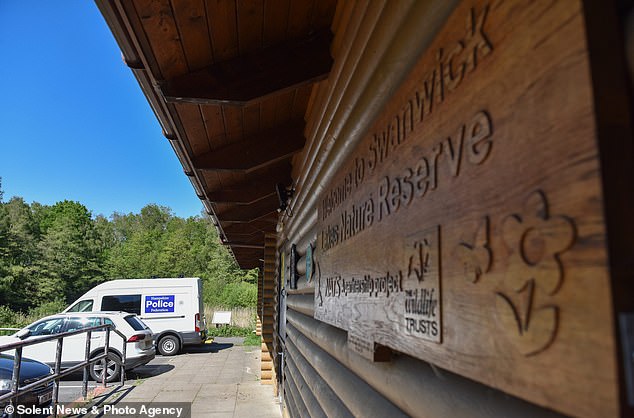 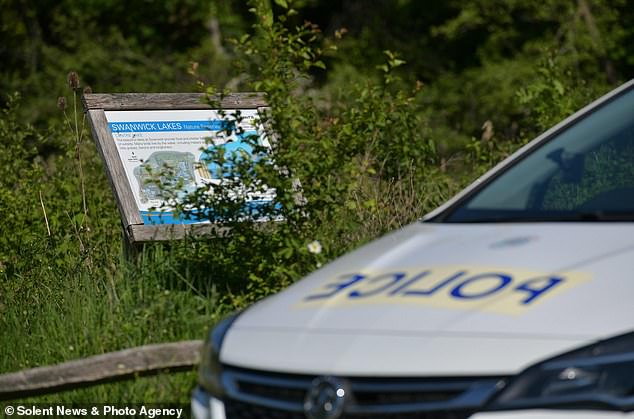 ‘An 18-year-old man from Southampton, who is known to the boy, has been arrested in connection with this incident and is assisting us with enquiries.’

Detective Inspector Toby Elcock added: ‘We know this incident will come as a shock to the local community, but we ask people to please not speculate as we follow up all lines of enquiry to establish how the boy came to be in the water.

‘We are keeping an open mind as to what has happened, and we are keen to speak to anyone in the area to help us build up a picture of the circumstances.

‘If you were in the area at this time, please call us. Any information, no matter how small, could prove significant, so please do get in touch.’

The 36 hectare site of Swanwick Lakes was once a clay pit for a local brick works.

It is described by Hampshire & Isle of Wight Wildlife Trust as ‘a beautiful oasis for nature in an otherwise urban area. A mixture of woodland, lakes and meadows attracts a large array of species’.

The lakes and ponds around the site are said to ber prime locations for dragonflies and damselflies, ‘including unusual species such as the downy emerald’.

How Dogs Are on The Covid-19 Front Lines

10 things we learned about Covid travel this week

As Lebanon’s Crisis Deepens, Lines for Fuel Grow, and Food and Medicine Are Scarce

Disinformation for Hire, a Shadow Industry, Is Quietly Booming

"A very, very important category for me is how all this is going to get paid...