Two members of staff at Tom Kitchin’s restaurants have been suspended after Scotland’s leading chef was accused of overseeing the sexual harassment and physical abuse of workers in his restaurants.

Tom Kitchin, who was made Scotland’s youngest Michelin star winner in 2006, allegedly punched and dragged chefs by their collars at his restaurant, the Kitchin, in Edinburgh.

Twelve former employees of the Kitchin Group have spoken out about being denied food, water or any breaks, even to use the toilet, during gruelling 18 hour shifts.

Some say they developed Post Traumatic Stress Disorder (PTSD) and lost a scary amount of weight while working for the group, reported The Times.

Representatives from the Kitchin Group said two senior members of staff had been suspended following publication of the allegations.

Tom Kitchin (pictured), who was made Scotland’s youngest Michelin star winner in 2006, allegedly punched and dragged chefs by their collars at his restaurant, the Kitchin

One former chef, 28-year-old James Dunn, said he had to go to see a therapist after spending seven months working at the Kitchin in 2017.

He said the head pastry chef, Chris Turnbull, forced him to catch a hot iron tray on his forearms, causing significant burns.

The incident left him with PTSD symptoms and he lost so much weight after just two weeks working there his mother asked if he had a digestive disease. He added: ‘I cannot work in kitchens again.’

He claimed during his first day at the restaurant he witnessed an altercation where head chef Lachlan Archibald pinned a member of staff up against a wall while shouting at them.

Another senior chef allegedly flicked boiling water at people if they were not sweeping as quickly as needed.

Front-of-house staff claimed they were sexually harassed by male managers, with one stealing a woman’s shirt after it had been ironed – forcing them to fight for it back while semi-clothed. 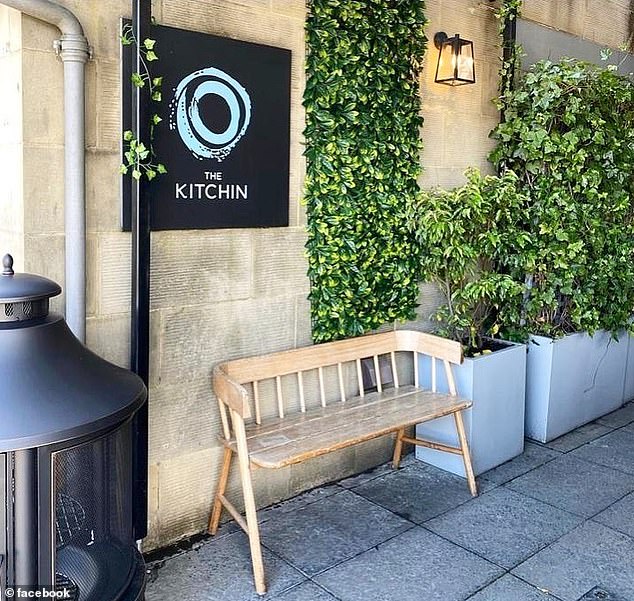 One former chef, 28-year-old James Dunn, said he had to go to see a therapist after spending seven months working at the Kitchin (pictured) in 2017 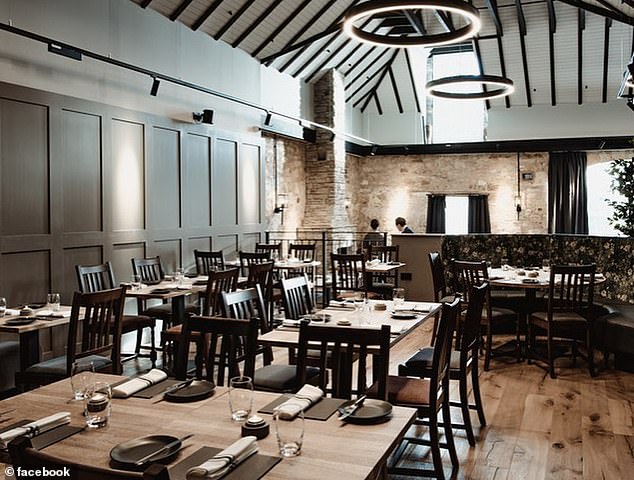 Chef Estelle Cerqueira, 22, claimed she was deliberately burnt when she misunderstood the wording of Mr Turnbull. ‘He burnt me with a hot tray on my arms,’ she said. Pictured, inside The Kitchin restaurant 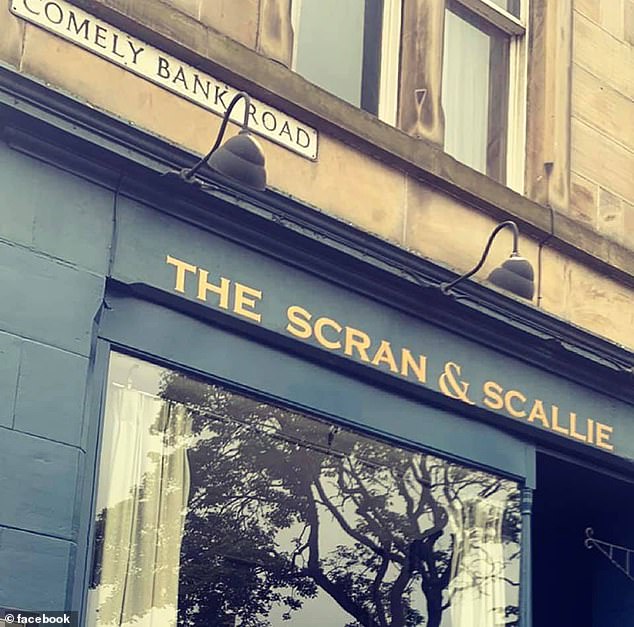 Four years after the opening of The Kitchin, the Castle Terrace was opened. And by 2013 Mr Kitchin had added the Scran and Scallie (pictured)

One said: ‘It was inconsiderate and disgusting. That’s when you would see the most of him. When you were wearing the least.’

Tom Kitchin, born in Edinburgh in 1977, began his successful career with an apprenticeship in Perthshire’s five-star Gleneagles Hotel.

He learnt from three-Michelin starred chefs in London, Paris and Monte Carlo – including Pierre Koffmann and Alain Ducasse.

His wife Michaela, now a director of the Kitchin Group, met Mr Kitchin while they were both working in legendary Swiss chef Anton Mosimann’s kitchen.

The couple returned to Edinburgh in 2006 and opened nature-to-plate inspired restaurant, The Kitchin.

After just six months it was awarded a Michelin star.

Four years after the opening of The Kitchin, the Castle Terrace was opened. And by 2013 Mr Kitchin had added the Scran and Scallie.

In 2018 the Southside Scran and the Bonnie Badger Hotel was opened.

Meanwhile, Mr Kitchin achieved television fame with regular appearances on the BBC’s Saturday Kitchen. He has partnered with Edinburgh Gin and the housebuilder Cala, and in 2012 was awarded an honorary doctorate from Edinburgh Napier University.

Chef Estelle Cerqueira, 22, claimed she was deliberately burnt when she misunderstood the wording of Mr Turnbull. ‘He burnt me with a hot tray on my arms,’ she said.

Mr Kitchin later allegedly admonished Mr Turnbull and told her she could go home if she wanted to, she said.

Another man who spent two years working for the Kitchin between 2017 and 2019 claimed he lost 8kg because of consecutive 16-hour shifts and just 15-minute breaks.

He claimed to have lost both big toenails after three months because Mr Rank would step on his feet every time he passed by.

All the women would regularly go crying to him, he claimed, and he once broke down himself because of the pressure of Mr Kitchin allegedly shouting in his face for 20 minutes over a mistake made regarding a bottle of oil.

His hair started falling out and he said he ‘couldn’t carry on’.

Peter Southcott, managing director of the Kitchin Group, said: ‘Following allegations of unacceptable behaviour, two senior members of staff have been suspended whilst these claims are fully and independently investigated. We will not hesitate to take whatever action may be necessary.’

Mr Kitchin, 44, said the kitchens in his restaurants were high-pressure environments where emotions ‘often run high’. He added that behaviour had to match the standards expected of the food and service.

He said he was ‘immensely proud’ of his colleagues and ‘where we have fallen short, we will address and remedy it’.

The allegations follow a difficult year for the Kitchin Group, with Mr Kitchin forced to close Castle Terrace amid the coronavirus pandemic.

In April 2021 he tweeted: ‘The hospitality restrictions in Scotland are beyond a joke . . . whose idea is this? Save Scottish hospitality please!’

Meanwhile, Southside Scran has been temporarily shuttered since last July and Mr Kitchin has been forced to make more than 100 redundancies, news he said he delivered ‘personally’ over the phone.

In an interview with The Scotsman he said: ‘I had to make 100 people redundant within my company. A hundred people, phoning them up personally and telling them. Having people crying down the phone. That’s the worst thing I’ve ever had to do in business.’

‘Dr. Death’ is based on a the true story about Christopher Duntsch, a real-life surgeon