Fresh off of winning their first ever JUNO Award for “Metal/Hard Music Album Of The Year” at this past weekend’s award festivities, breakout Canadian melodic metal quartet Unleash The Archers have announced their return to the road.

The band will headline an upcoming trek of the United States with support from special guests and labelmates Aether Realm and Seven Kingdoms, kicking off in Minneapolis, MN on September 1 at Cabooze. The tour will visit several major cities before coming to an end in Seattle, WA on September 26 at El Corazon. An additional date in the band’s home area of Vancouver, BC at Rickshaw is also planned post-tour. See below for a full listing of tour dates. Tickets are available here.

Frontwoman Brittney Slayes says about the tour: “It’s actually happening! We have been waiting anxiously for this moment to happen and it’s finally here. We have spent the last year and a half hanging out with our North American fans on Twitch and we absolutely cannot wait to get to play for them all and finally play Abyss live in person! We are going to make sure everything is done safely and will always do our best to keep our fans safe. This tour is going to be such a party, I hope everyone is ready to have a good time because we can’t help but feel like every venue is going to be electric!!! Let’s go!” 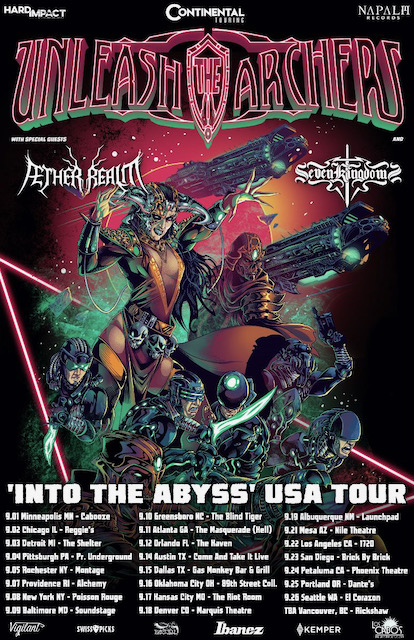 As mentioned above, Unleash The Archers are beyond excited and humbled to be the 2021 recipients of the ‘Metal/Hard Music Album of the Year’ JUNO Award for their latest album, Abyss! The JUNO events, which took place over the course of this past weekend, recognize Canadian musical artists and bands for their creative achievements. The band was recognized during Friday’s JUNO Opening Night Awards, presented by Music Canada. 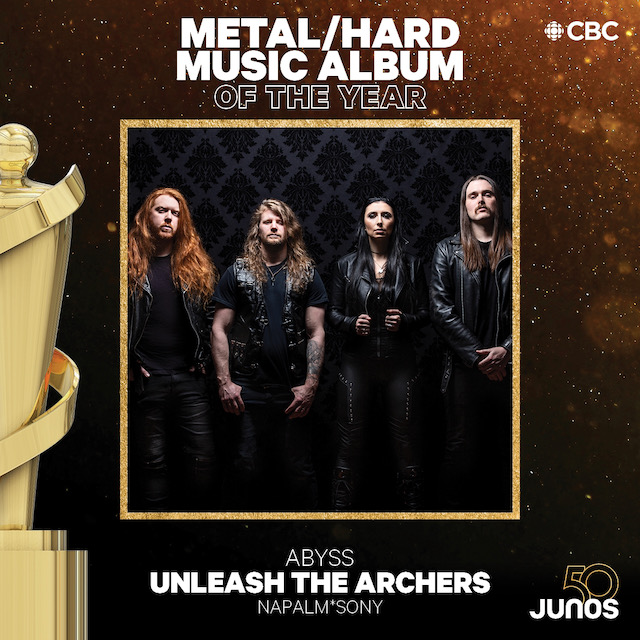 Brittney Slayes says about the band’s JUNO win: “We are still in shock; we dared to hope but still couldn’t believe it the moment they said our name.  It’s just such an incredible feeling; all you can ask is to be recognized for the hard work that you put into your art and this is so far beyond that. We are ecstatic! It was such a great experience as well, CBC Music did a great job with all the logistics and everything went so smoothly behind the scenes. They really did well to make you feel like it was a special event despite the whole thing being virtual!  Not to mention we streamed the whole thing on Twitch so it was so great to get to share in the moment with our friends and fans on there; we wouldn’t have wanted to win any other way! Thanks so much to everyone that has supported us over the years, we absolutely would NOT be here without you.”

CRADLE OF FILTH – Official Midian Guitar Up For Grabs

Pain of Diana’s death pushed me to drinking and drugs, says Prince Harry

The Challenge of Covid-19 Vaccines for the Immunosuppressed