Saudi Arabia’s Wasted Land has a new single out entitled “Fade Away”, this is following their self-titled 2013 album. Since that full-length, the band suggests that they have evolved over time from being melody and folk focused into something heavier, but still having a strong melodic base.

“Fade Away” has been in the works since 2017, and is the first music video from the band, which can be viewed below.

Lyrically, the single talks about someone having severe depression and comparing his journey in life to that of a candle, getting shorter and shorter until it eventually burns out. Then he finds his soul’s salvation after his death. Musically, it starts with heavy doses of melody which are complimented by heavy riffs and even more melodies. To contribute to the theme of depression and life’s waning, it carries a somber and melancholic tune near the end.

The band comments on the track: “It’ll be a new mixture from our old folkish style with more heavy catchy riffs and chorus. We hope we can catch the attention from the old fans and attract new ones.” 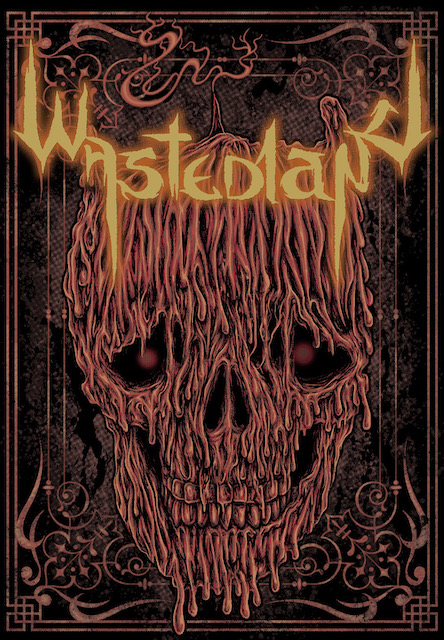 For Wasted Land, they compose the music first and then create lyrics that fit. For this song in particular guitarist Ayman composed the lyrics a long time ago for his previous band Banj. Writing for the band is a joint endeavour between guitarists Ayman and Ahmed whenever they jam together. Vocalist Emad adds his flavours in the lyrics and of course the vocal lines.

Wasted Land originally formed in 2005 to participate in Metal II gig in Dammam. Ahmed and Ayman were jamming together and felt there was chemistry between them while composing folky melodic death metal. From there they decided to add more members to create a full band. They were one of the first Saudi metal bands to get massive media exposure from outlets like CNN, BBC radio and other local and international newspapers.

“Fade Away” is available for stream and download via Saudi Arabian based label Wall of Sound Records. Get it at Bandcamp and Spotify.