We are, as always, absolutely enthralled at the prospect of discovering from James Kelly what our vile secret masterplan has been over the last 18 months.

So we, at least, will be reading, James.

Even if hardly anyone else is. 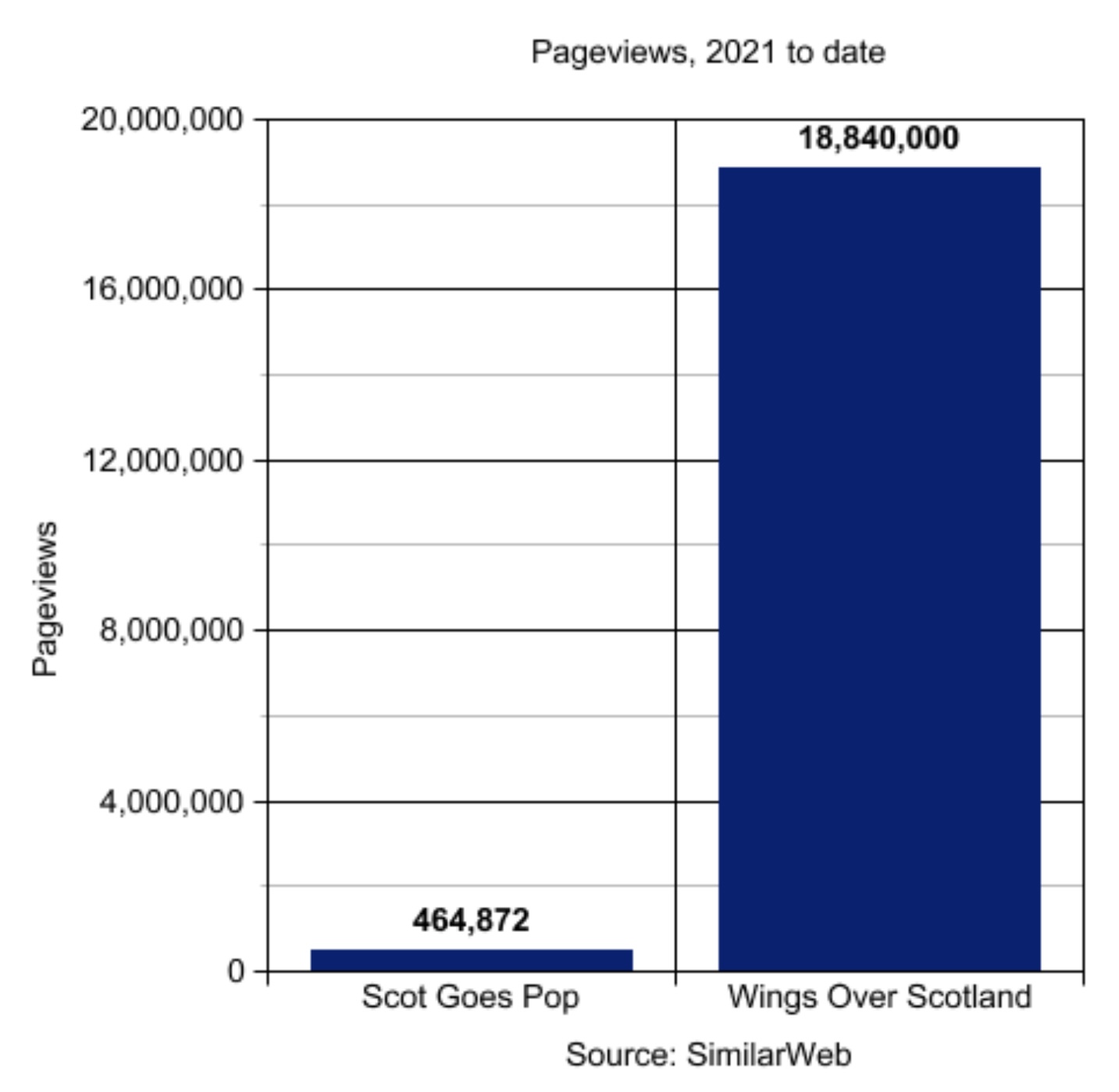 At the risk of spoilers, though: our “game” is exactly what it’s always been: to further the cause of Scottish independence by discovering and exposing the truth. After almost 10 years we still await anyone identifying a factual inaccuracy in the pages of Wings, as opposed to a difference of opinion.

It happens that our opinion is that the current leadership of the SNP – and by extension the SNP itself – represents a mortal threat to the prospects of independence – for reasons we’ve patiently, exhaustively and frankly quite repetitively detailed over the past couple of years. We’re really bored of explaining them now, but in short the only sense in which we want any Unionist constituency MSPs is in cases where that would result in an SNP constituency MSP being traded for an Alba list one who might actually fight for independence rather than for the obliteration of women’s rights and freedom of speech.

Clearly James Kelly disagrees with that opinion, and he’s fully legitimately entitled to do that. What’s rather less legitimate is to do what he did yesterday, namely tell absolutely categorical and blatant lies about us.

That, as anyone who actually read the article in question will know, is an utter falsehood. We endorsed a Unionist vote in exactly ONE constituency, not 12. It could hardly have been clearer:

(When I pointed this out in the comments on the SGP post, I was swiftly banned.)

I’ve repeatedly made very plain that if I lived in Scotland I’d have been spoiling my first vote in almost all constituencies, not voting for Unionists, and voting SNP in a very small handful. But of course the first casualty of “open warfare” is truth. 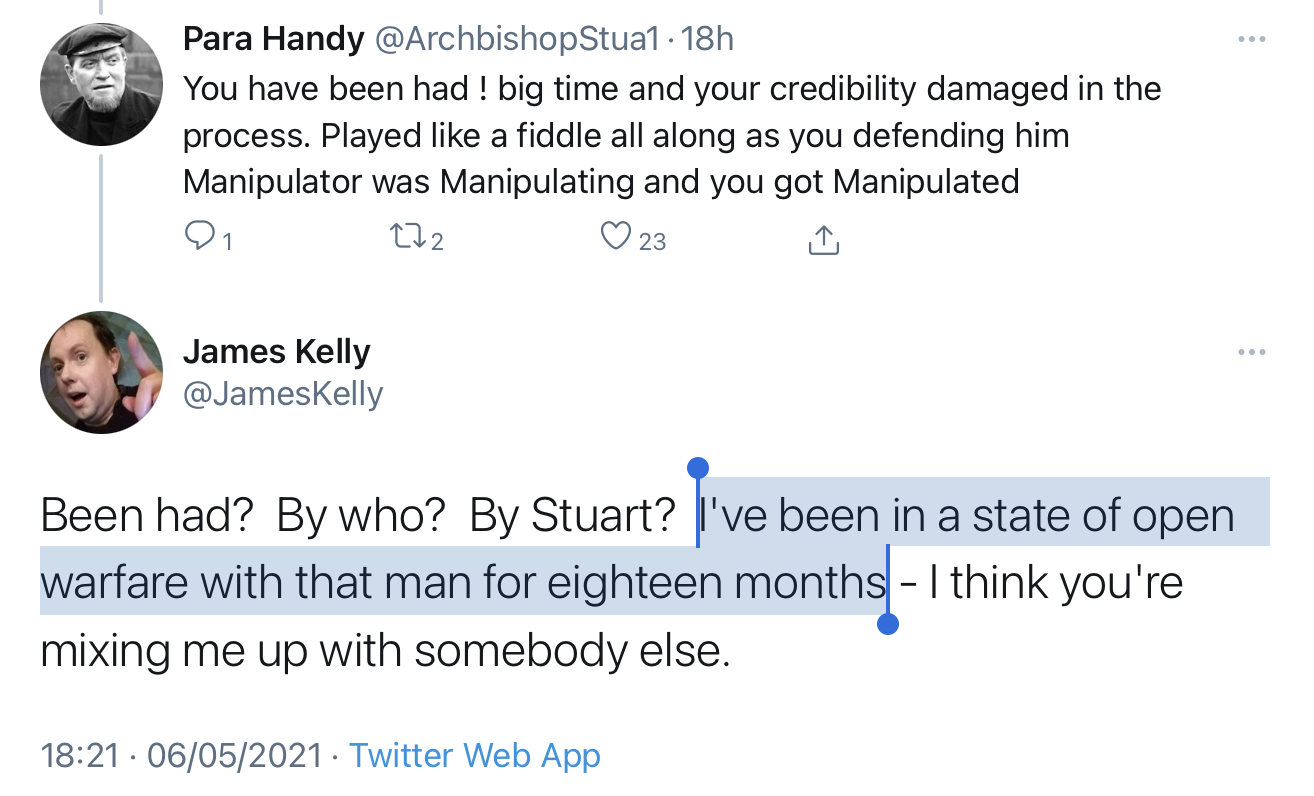 It’s nice that James is finally admitting he’s “at war” with Wings, something he’s indignantly denied for most of the 18 months in question. It’s been a pretty asymmetrical war, though – he’s now approaching 40 articles furiously attacking Wings for something or other, and promising more, while this is the second one we’ve devoted to him, and it’s solely to correct a lie.

But anyway. These things are enormously tedious to readers – see the graph above for how it goes when you devote half of your website to them – so we’ll leave it there and simply look forward to the exciting revelation of what the grand strategy we didn’t know we had was.

(Anyone who’s ever met me contemplating the idea of my having a plan for anything further in the future than tomorrow’s breakfast will already be falling around laughing.)

It’ll at least be something to do during the bizarre, inexplicable two-day hiatus in the results of this election – caused by the apparent fact that COVID-19 means you can only count votes in daylight hours – and the further three-day delay in the judicial torment of Craig Murray, who now won’t hear what sentence he will suffer for merely hinting at the truth about the Alex Salmond trial until Tuesday morning.

(He was originally supposed to be sentenced today, after what’s already been a quite extraordinary three-month delay in verdict and sentencing since his hearing in January, even though all the material facts were agreed by both sides, and in which the sentencing was by a remarkable coincidence held back until the day after the election. It now won’t happen until after the election result.)

Murray’s appeal fund can be found here, and we urge readers who can spare the money to contribute to it. As far as we can tell his trial, conviction and potential imprisonment – unlike the infinite vileness of Wings – is not a subject that has ever crossed the threshold of Scot Goes Pop, despite what would seem to be an obvious interest in defending the freedoms of fellow indy bloggers from an increasingly visibly hostile and corrupt Scottish state.

But perhaps that’s because there’s not much traffic to be gained from attacking Craig, while talking about Wings has always been a surefire route to clicks for less popular sites. We only hope it’ll at least be better than the truly embarrassing last attempt (from a site which has actively celebrated Craig Murray’s conviction and has morphed into an all-out SNP mouthpiece that makes Wee Ginger Dug look like Brian Wilson).

We, in the meantime, are off to feed the swans. 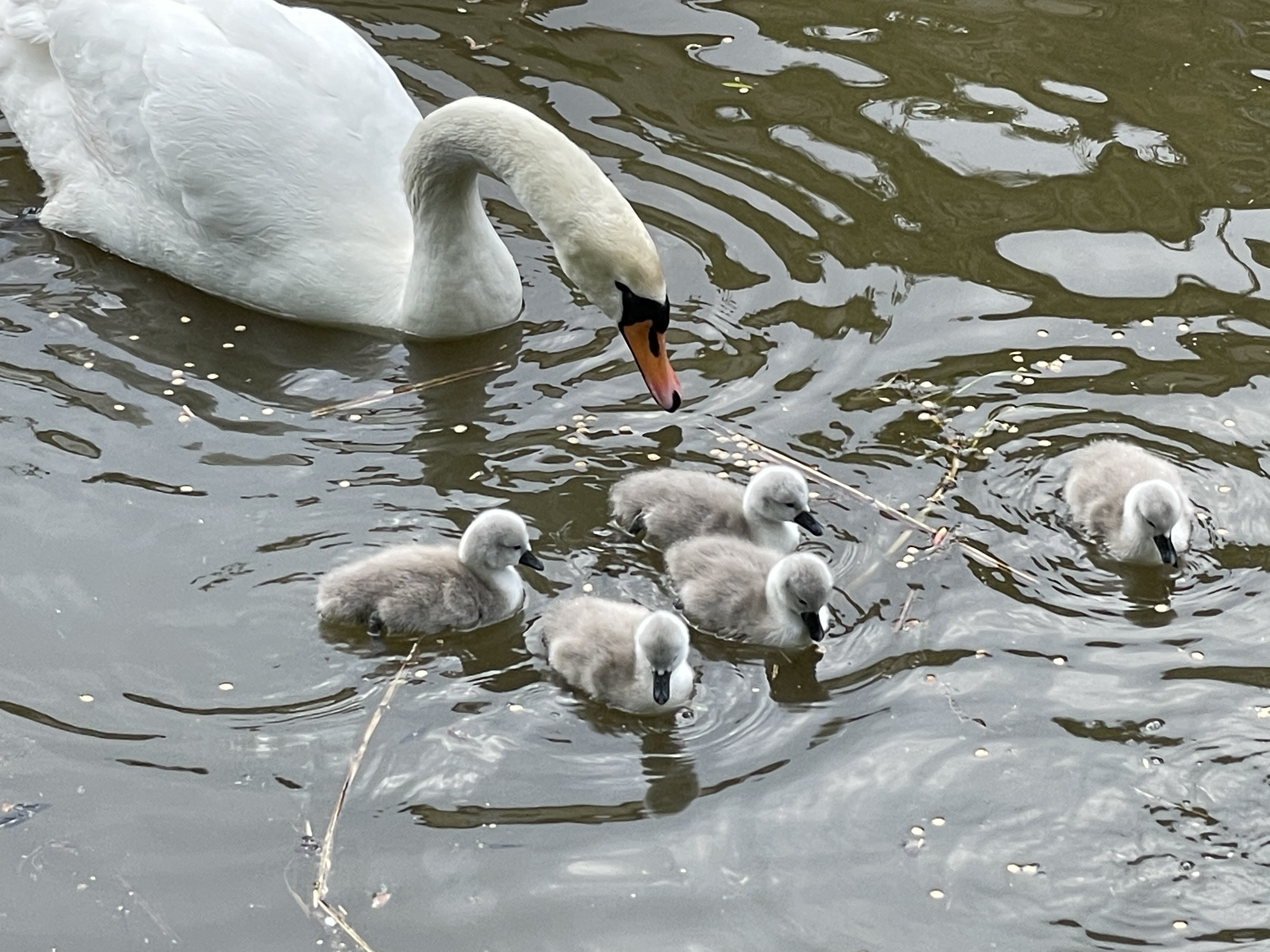 Looking To Test Your Sports Knowledge? Here’s What You Need To Do

Armed police officer escort a van (behind) transporting Tong Ying-kit as he arrives at West Kowloon...

These Are The New Words The Climate Crisis Will Teach Us